Advertisement
HomeVideosRight now, Taimur is a bigger star than most of us: Swara Bhasker calls out media and audience as the forces who have created 'star system'

Right now, Taimur is a bigger star than most of us: Swara Bhasker calls out media and audience as the forces who have created 'star system'

Swara Bhasker is currently basking the success of her recently released Eros Now web show Flesh. Starring Swara and Akshay Oberoi, the show gives an insight into what actually goes behind the trafficking business and how young children are treated. It is a heart-wrenching watch but at the same time an important story that must be told. Swara as a no-nonsense cop impresses with her never-seen-before action in the show. The actress, who has always been open to talking about the film industry and its nepotistic debates, recently chatted with PeepingMoon exclusively and joined the discussion. 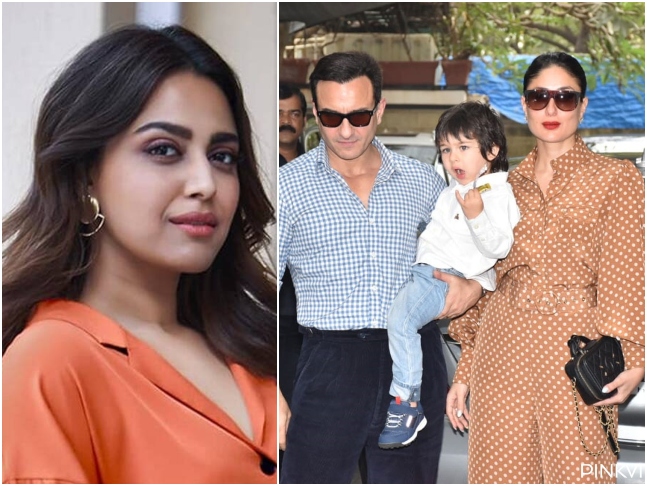 Recommended Read: Flesh Review: Swara Bhasker's fearless fight against the evil Akshay Oberoi shows why 'humans are not for sale'

Stating where the real problem lies, Swara further added, "The problem actually is that we are a country that is feudal in value system. We like this kind of dynastic thing. We are curious about it and that’s why we create stars. There is a genuine interest that the audience has in how Sridevi’s daughter is going to seem. So first, lets acknowledge our own interest in star kids before abusing them all the time."

Flesh released on August 21, 2020, and received a good response from the critics and audience.

A large portion of film industry looks down upon TV actors: Barun Sobt

Some actors are giving flops after flops but still getting work: Karan Kundrra and Yogita Bihani on nepotism

Exclusive: Want people to watch '83 in the theatres, it needs that canvas: Saqib Saleem on Ranveer Singh's film

Nepotism and groupism happen everywhere, not only in Bollywood: Saqib Saleem

If you try something new, people from our industry oppose: Shweta Tripathi Sharma, Vikrant Massey and Arati Kadav on their sci-fi film 'Cargo'

Exclusive: 'I'm yet to get roles I really want to do,' says Neha Dhupia on not receiving enough recognition as an actress in Bollywood

My parents are my God: Bobby Deol on his religious beliefs and channelling his inner 'bad' to play Baba Nirala in ‘Aashram'