Geetanjali Tikekar gets emotional on friend Sameer Sharma's untimely demise, says, 'his own depth drowned him'

On Wednesday, the television industry lost yet another actor to suicide. Actor Sameer Sharma, seen in popular shows like Kahaani Ghar Ghar Kii, Iss Pyaar Ko Kya Naam Doon – Ek Baar Phir and the ongoing show Yeh Rishtey Hain Pyaar Ke among others was found hanging at his Mumbai residence. As per reports, Sameer's body was discovered two-three days after his demise. The 44-year-old actor has reportedly separated from his wife and was living alone in Mumbai in a rented apartment. His family resides in Bengaluru.

Soon after the news broke out on Thursday, TV celebrities mourned Sameer's demise and bid him adieu with heartfelt condolences. While talking to a leading daily about his untimely and tragic demise, Sameer's close friend and Iss Pyaar Ko Kya Naam Doon – Ek Baar Phir co-star Geetanjali Tikekar broke down and said she was in constant touch with the late actor. She then told that Sameer and her husband were good friends Sikandar Kharbanda and shared a great bond. Addressing him as 'Sam', a devastated Geetanjali said the actor would randomly go incognito and his close friends would be assured that he would be travelling or on a road trip. She added that Sameer spoke to her husband 10-12 days ago and 'sounded fine'. "Sam had this tendency of randomly being out of touch and we knew he would either be travelling or will be on any road trip. We didn't really notice much. Just before the lockdown we spoke to each other and throughout the lockdown he was in touch with my husband. Just 10-12 days ago, he spoke to my husband, it was just a casual chat. He had a very regular conversation and he sounded fine," she told.

Saying that his own depth drowned him, Geetanjali told, "Sam I know was an extremely sensitive and highly emotional person. So, it is possible that something must have triggered him off. I can't say much. He was a person who thought about everything. If you read about his posts also, they were very dark. Somewhere I would tell him also, that your thoughts are so deep are you drowning into your own depth and that's what happened. He was not in a good space emotionally that's for sure. Professionally, he was doing fine and he had a fantastic friend circle who he knew could do anything for him." 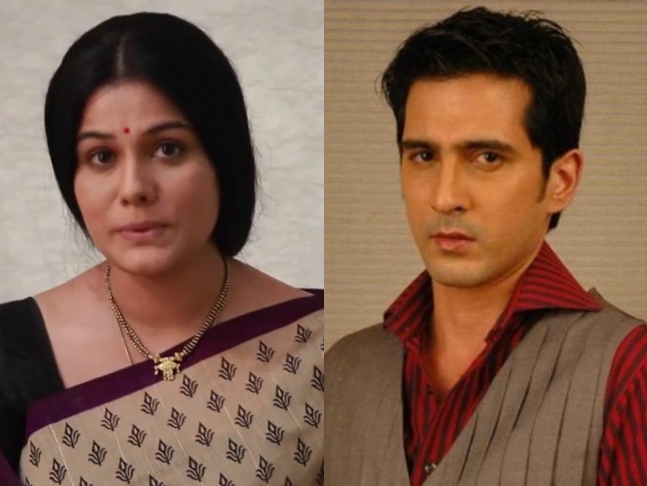 Geetanjali further revealed that Sameer would go on a sabbatical and return back soon. "Sam was a brilliant human being. But you don't know what is going into a person's mind when he is by himself. Otherwise, I don't think so there's any corner left in Sam's life where you can point a finger and say it was not enough. He had a good life, good friends, he was well read, extremely talented. You could hold a conversation about anything with him. I've been recalling all the moments we shared together while working for three years together. He just became an integral part of my family, but he would disappear on and off. He would return also and then say sorry yaar, I was travelling that was him. Our friendship was so strong, that even if we missed each other's calls, we would return back. There was no ego, we would just pick up from where we left. There was no hassle. He was so easy to get along with and everybody on the set would vouch for it. He was very lovable," the actress said.

Calling him a thorough professional, Geetanjali added, "He would be in space till he didn't know people well, but once he knew them, he became friends for life. He would never leave his friends. He was a loner sometimes. He would write a lot. We all knew that there would be time when he would want to be left alone and want his space. And as friends we understood. There were few gaps in his life when he would just go away and take a sabbatical. He was lonely and there must be some trigger. He was exceptionally sensitive to other people's pain. He was receptive to his and other people's pain so you can imagine what kind of gem he was. His own depth drowned him. It is a big loss and God doesn't make people like Sam anymore."