Advertisement
HomeBOLLYWOODENTERTAINMENT NEWSWhat Women Want Season 2: Sharmila Tagore is class and warmth personified as she gives a perfect reply to Kareena Kapoor Khan's question on the difference between 'bahu' and 'beti'

What Women Want Season 2: Sharmila Tagore is class and warmth personified as she gives a perfect reply to Kareena Kapoor Khan's question on the difference between 'bahu' and 'beti'

Kareena Kapoor Khan, who is currently awaiting the release of her upcoming film Good Newwz, is back with her radio show- What Women Want Season 2. With the first season being a hit with the listeners, Begum K, once again, will engage us with some interesting conversations with her industry friends and family members. Making an appearance on the show for the first time, Kareena's mother-in-law, Sharmila Tagore had a hearty chit-chat with her gorgeous daughter-in-law. During one of the segments of the podcast, the Veere Di Wedding actress asked the Kashmir Ki Kali star about the difference between a daughter and a daughter-in-law. In the sweetest possible answer, Sharmila told that a mother is well versed with her daughter's temperament while with a daughter-in-law, it takes time to gel. She further said making the daughter-in-law feel comfortable is necessary.

"Well, a daughter is someone you’ve grown up with, right? So you know her temperament, you know what makes her angry and how to deal with that person. You’re meeting your daughter-in-law when she is an adult already and you don’t quite know what her temperament is like, so it takes time to gel. The new girl, your daughter-in-law, is coming to your house so you need to welcome her and make her more comfortable," Sharmila told. Speaking of Kareena and Sharmila's bond, the veteran actress gifted her bridal trousseau, which was passed on to her by her ancestors, to the former during her wedding with Saif Ali Khan. Kareena, in previous interviews, spoke about her warm bonding with Sharmila and said she encouraged her to look and feel as gorgeous as possible. In an interview with a leading daily, Kareena stated that Sharmila is the eternal begum for her who struck the right balance between career and family. 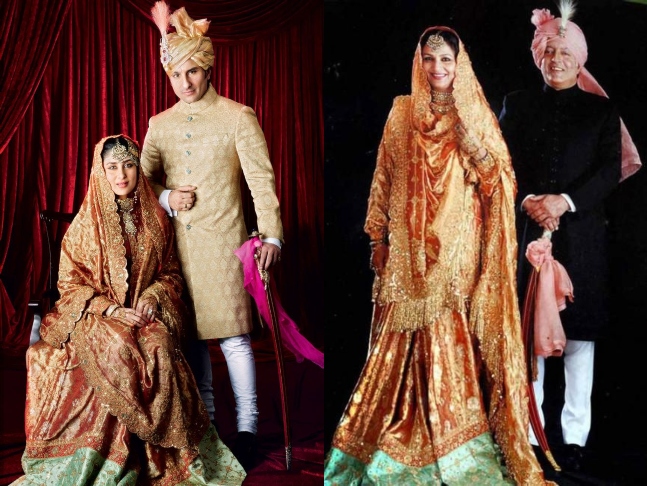