Advertisement
HomeBOLLYWOODENTERTAINMENT NEWSComments on Rajesh Khanna were uncalled for, wasn't making a direct attack at him: Naseeruddin Shah

Comments on Rajesh Khanna were uncalled for, wasn't making a direct attack at him: Naseeruddin Shah

Naseeruddin Shah, in 2016, sparked off controversy for his deplorable remarks made at India's first superstar Rajesh Khanna. Four years later, the veteran actor told an entertainment portal during an interview that whatever he said about Khanna was uncalled for. He said that he overlooked the fact that his family, fans and those who loved him must have been hurt with the remarks. Clarifying that he wasn't making a direct attack at Khanna, Naseeruddin added that he was just talking about the system that encourages mediocrity.

"When I realise, perhaps, I am preaching to the converted. It’s impossible to have a rational argument with a person who has made up his mind. So perhaps the things I said about say, Rajesh Khanna were uncalled for. I overlooked the fact that there are millions who loved him and it must have hurt. I was not making a direct attack at him. I was talking about the system which encouraged and nurtured mediocrity. That was my real intention and unfortunately people took it personally," Naseeruddin told. 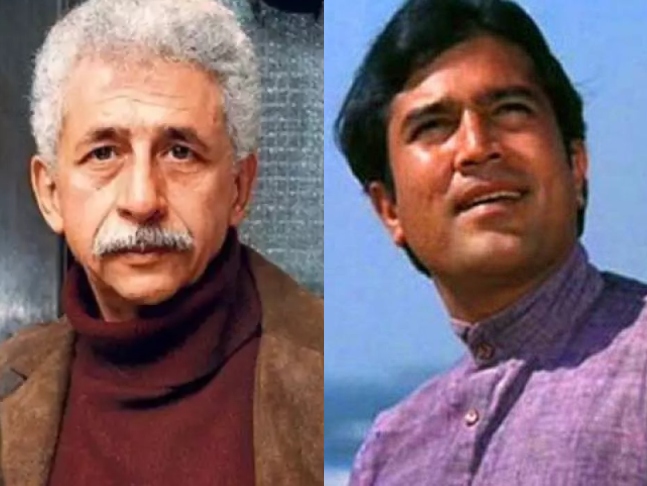 He further said after the remarks, he apologised to Dimple Kapadia, Khanna's wife. In addition, the actor told he won't be taking back his word about Virat Kohli. "Anyway, the only person I really care about who was hurt was Dimple and I apologised to her for hurting her feelings. But I also said I do not take back my word. And about Virat Kohli, I don’t take anything back nor about any of the others," he added.

For the unversed, Naseeruddin, in an interview in 2016, called Rajesh Khanna a mediocre actor who was 'very limited'. Stating that his taste ruled the industry, Naseeruddin said, "It was the 70’s when mediocrity came in Hindi films. That’s when the actor called Rajesh Khanna joined the industry. For all his success, I think Mr Khanna was a very limited actor. In fact, he was a poor actor. Intellectually, he wasn’t the most alert person I have ever met. His taste ruled the industry."

In response to this, Khanna's daughter Twinkle Khanna told, "Sir if you can’t respect the living, respect the dead. Mediocrity is attacking a man who can’t respond."

Apart from this, the actor called Indian cricket team captain Virat Kohli the 'world’s worst behaved player'. "Virat K is not only the worlds best batsman but also the worlds worst behaved player. His cricketing brilliance pales beside his arrogance and bad manners. And I have no intention of leaving the country by the way," he wrote in a post.