Six decades ago, Bollywood got its evergreen and cult classic film Mughal-e-Azam. Today, as the film celebrates its anniversary, the son of legendary director K Asif's son Akbar Asif presented its screenplay to the Oscars library in Hollywood. Akbar is a London-based businessman. Talking about presenting the screenplay on the historical epic that featured Prithviraj Kapoor, Dilip Kumar and Madhubala, Akbar told a media agency that it was the best way to honour the greatest writing team ever in the history of Hindi cinema. He hoped that future generations learn and get inspired by his late father and the team's work.

"The journey of Mughal-e-Azam started with words from the greatest writing team ever assembled in Hindi cinema and I thought the best way to honour them was to permanently preserve their screenplay in the world’s most renowned film library. I hope future generations can learn and get inspired by the work of my late father and his incredible team of writers. I want to humbly thank the Academy Awards for accepting the screenplay," Akbar said. 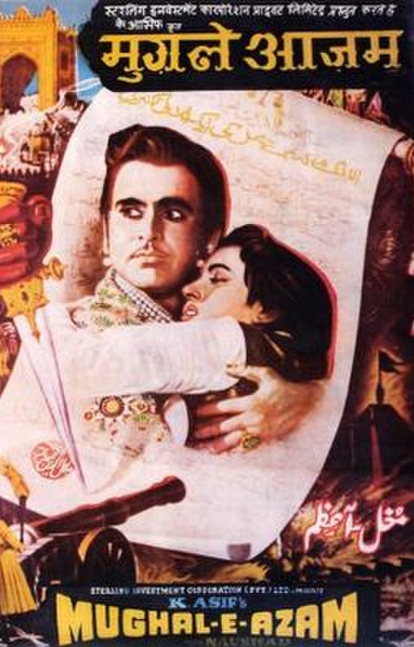 The screenplay is now available in three languages that is Hindi, Roman and English. They are at the Margaret Herrick Library, a world-renowned reference and research collection of the Academy devoted to the history and development of the motion picture as an art form and an industry. The screenplay was developed by a team including K Asif, Aman, Kamal Amrohi, Wajahat Mirza and Ehsan Rizvi.

Mughal-e-Azam went on to break all possible records in the Hindi cinema. The black and white film was colourised and re-released in 2004.