Advertisement
HomeBOLLYWOODENTERTAINMENT NEWSKajol to be with daughter Nysa in Singapore amid Coronavirus pandemic, Ajay Devgn in Mumbai with son Yug- Reports

Kajol to be with daughter Nysa in Singapore amid Coronavirus pandemic, Ajay Devgn in Mumbai with son Yug- Reports

Kajol and Ajay Devgn's daughter Nysa Devgan, days before the lockdown was announced due to the Coronavirus pandemic, returned to Mumbai from Singapore where she is completing her education. Now, nearly five months later, as schools and colleges reopened, the 17-year-old reportedly took off to Singapore, but not alone. A report of a leading daily has it that Kajol, for the safety of her daughter, accompanied her. A source close to the Devgan family told the daily that Ajay and Kajol didn't want Nysa to be alone in a foreign land amid the pandemic and at the same time, didn't want her to miss out on studies. The source further said that the actress will be with Nysa for the next few months.

"Nysa is studying at United World College of South East Asia in Singapore, and Kajol and Ajay don’t want their daughter to miss out on studies. At the same time, they don’t want her to be alone in a foreign country in the midst of an ongoing pandemic, which is why Kajol accompanied her there. She will be staying in Singapore for the next few months. In 2018, Ajay and she bought an apartment in the city to make their stay more comfortable,” the source said. 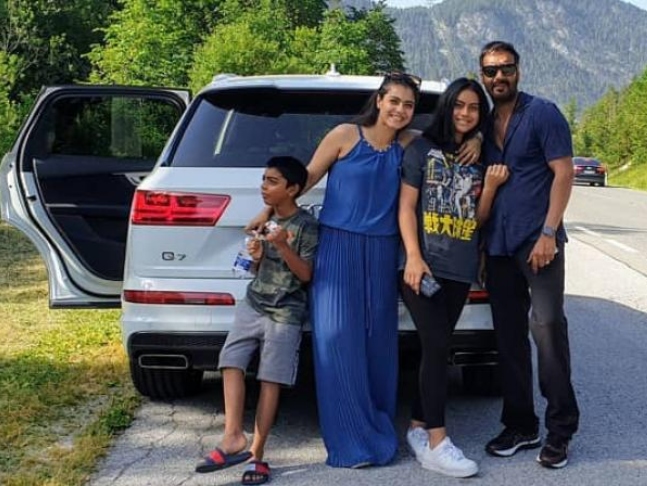 Recommended Read: Watch: 'We are really loud and have no filter,' says Nysa Devgan on her equation with her 'chill' mother Kajol; recalls the advice father Ajay Devgn gave her

Workwise, Ajay is reportedly overlooking the post-production of his upcoming films and will return to the sets only when he feels it is safe to venture out. Currently, he is at home with his son Yug Devgan.