President of Media, Marketing, Publish (TV) and Music Acquisition of T-series, Vinod Bhanushali has worked with T-Series head honcho, Bhushan Kumar for over 26 years. Being an integral part of Kumar’s T-Series, Vinod has worked closely in buying, marketing, promoting the music acquired or produced by T-Series. Before he worked with Bhushan, he worked with his father, the legendary Shri Gulshan Kumar.

Having worked with T-Series and marketed more than 1200 films, he said, “I have and will always consider Shri Gulshan Kumarji as my mentor, someone who has taught me everything I do today. Having worked under him for a few years, helped me to understand the nuances of our audiences, learn to market the right way and plan new strategies and explore various mediums of promotions.” 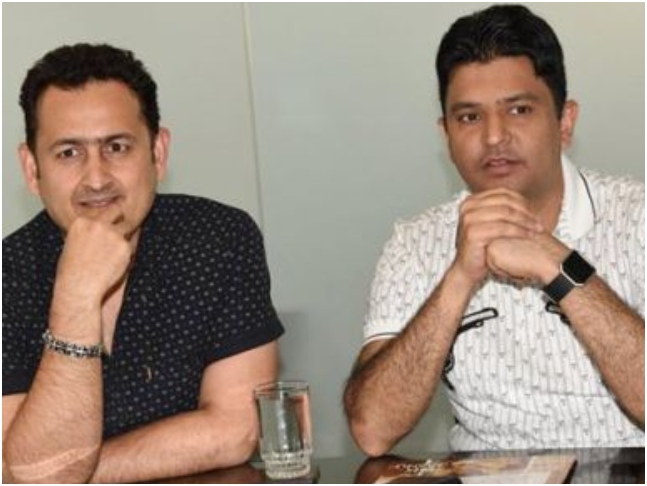 Working with Bhushan was an elevating experience, and Vinod mentioned, “Like his father, Bhushanji also has an ear for music and has always made music with passion and expert knowledge. That confidence in his product helps us push our boundaries, identifying new talent, creating music and exploring new ways of music marketing.”

While working on music marketing for films right from Hum Dil De Chuke Sanam, Dil Chahta Hai, Dabangg, Yeh Jawaani Hai Deewani, Tanu Weds Manu, Cocktail and many others, to in-house produced films like Yaariyan, Roy, Sonu Ke Titu Ki Sweety, Raabta, Kabir Singh and many others, Vinod has experienced the evolution of marketing in the industry. While closely learning and working in the core team of the music label, he has first hand experienced the change of sales and marketing right from physical distribution of cassettes to CDs to now distribution that happens with just a click.

Bhanushali has been a part of experimenting and winning music campaign ideas while ensuring the songs reach audiences worldwide. Speaking about his journey in music promotion, Vinod said, “I have been with T-Series for 26 years now, and I have seen the entire music industry grow and we have simultaneously grown with it. I have seen an era where CD’s and cassettes have been made and promoted on various platforms, to digitalization to songs being available at a click. Each passing day has been a learning experience for us. We have moved on from what the youth in India wanted then, to their present-day requirement. We have always tried to do something different, offer the audiences something new to view.” Now that distribution is easier with digitalization, he considers this as a boon to concentrate on artists, songs and promotions. 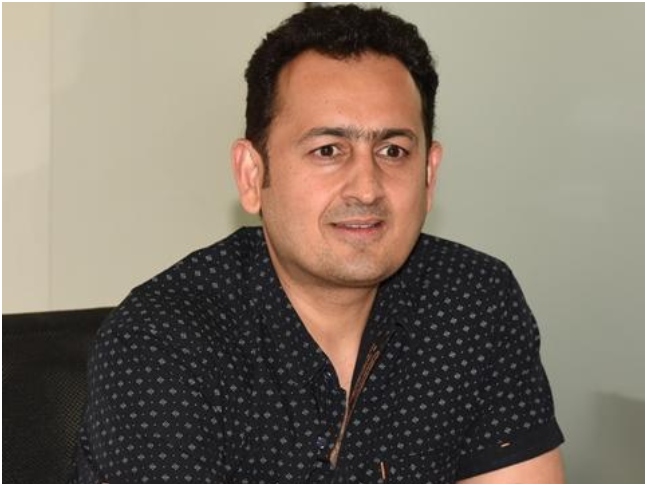 Speaking on how music is an important element in Hindi films, Vinod said, “Songs are like an important character in a film. When your song hits the right chord it helps in connecting with the audience. Music plays a big role in marketing as well. With new mediums of communications coming every year, it is important to create and promote the music on these platforms.”

T-Series also encourages artists to come forward and make singles with the label. Vinod Bhanushali stated, “Back in the days, we brought forward indi-pop albums like Deewana, Tera Chehra and others with several singers and composers. A few years ago, we decided to revisit and bring back singles. We are working with new talent, new ideas, and new concepts to bring newness to videos every day. The team comes up with various ideas to promote each song differently to give our audiences something new. T-Series manages several talents who have a huge fan following specially connect so well with the youth that can be easily measured through the YouTube views, audio streams, airplays of music channels and radio for their songs.”

The music label that works closely with artists Guru Randhawa, Yo Yo Honey Singh, Jubin Nautiyal, Neha Kakkar, Tulsi Kumar, Sachet Tandon, Dhvani Bhanushali, Amaal Malik and many others have garnered love and appreciation not just for their film songs but also for their singles. With these artists support and enthusiasn, T-Series re-introduced the singles era with several hits like Dheere Dheere, Main Rahoon Ya Na Rahoon, Suit, Blue Eyes, or recently like High Rated Gabru, Lahore, Vaaste, She Don’t Know, Humnava Mere, Yaad Piya Ki Aane Lagi, etc. Rigorous promotions have given the label a big leap forward in bringing back the days of music videos. 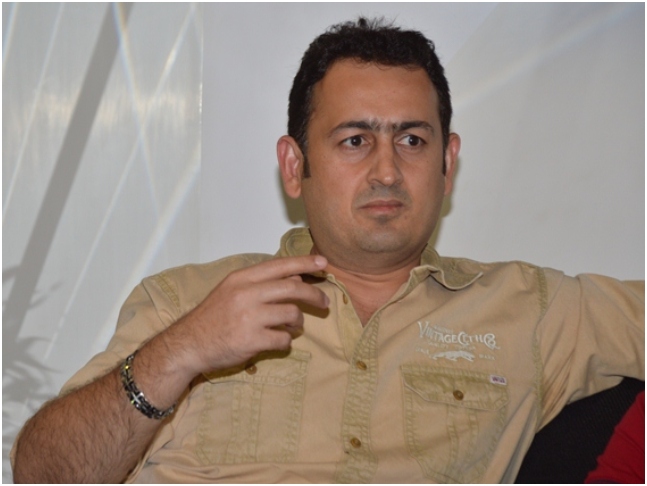 As per YouTube viewership data, T-Series' main YouTube channel and sub-channels have the most numbers of 1 billion views on their platform. Their devotional song Hanuman Chalisa sung by Hariharan featuring Shri Gulshan Kumar garnered 1 billion views followed by their Punjabi YT channel - Apna Punjab – received 1 billion views for Ammy Virk’s Laung Laachi in 2.5 years. Soon joining them is Dhvani Bhanushali’s Vaaste which is on 970M views in 18 months and is currently the most popular song on their main YT channel. As per YouTube India 2019 viewership reports, out of the top 10 song 6 are by T-Series and out of top 100 songs, 49 are by T-Series.

The music label’s YouTube channel which recently crossed 150million subscribers making it not just the most viewed but also the most subscribed channel globally. Vinod expresses joy that Gulshanji’s dream to make a mark in the world is being fulfilled. He said, “The subscribers and viewers on YouTube channel have grown over the years only because of the variety of content the viewers get there. Even today when you want to watch all old, classic or yester-year songs, YouTube as a medium has made it easier for people to view it on this platform. Research says, there are approximately 300 hours of content that’s uploaded on YouTube per minute by all channels. But it is always good, quality content that gets click/views. We believe that we became No.1 because we consider ‘Content is King’ which we have been producing for last 3 decades.”

Vinod took on another responsibility of Co-Producer for T-Series home production while still continuing his main responsibility as Head of Marketing. Vinod has donned the hat of co-producer for around 17 films since 2019 like Kabir Singh, Batla House, Saaho, Pati Patni Aur Woh, Tanhaji, Thappad and others. He added, “For the past 3 decades, T-Series has constantly worked towards making the company one of the biggest production houses. No other producer or production house has produced or released more than 15 releases per year like we had in 2018, 2019, and planned 2020-21. We have had a successful run at the box office for the past 2-3 years. During the lockdown the team has worked to release several music videos. With changing times and growth in OTT platform viewership, we will have a direct OTT release of few of our home productions and have already started planning films especially for OTT platforms.”

Thanking his family for their immense love and support, Vinod Bhanushali said, “My wife Rinku, and daughters Dhvani and Diya, are my biggest support system. Both my brothers Arvind and Bhavesh are my pillars of strength who encourage me to fight against all odds and give my best to life. My T-Series team who have worked with me for around 15 years and continue to do so have helped me reach where I am.” 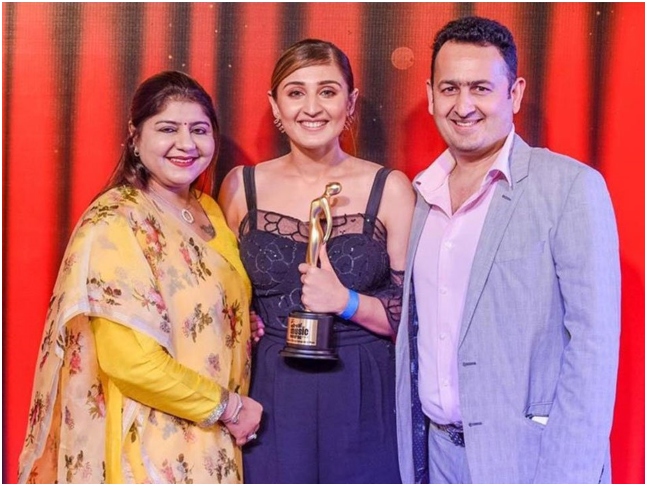 International Film Festival of India (IFFI) postponed to 2021, in the

You will forever live on in your undisputed legacy of music: Salman Khan 'heartbroken' after his voice SP Balasubrahmanyam's demise

'When will I stop being used to pass sweeping statements?' - Anushka Sharma reacts to Sunil Gavaskar's crude remark on Virat Kohli and her