Advertisement
HomeBOLLYWOODENTERTAINMENT NEWSThe heroine in those days was someone who compromised and sacrificed a lot: Neena Gupta on what shut her doors to lead roles

The heroine in those days was someone who compromised and sacrificed a lot: Neena Gupta on what shut her doors to lead roles

Neena Gupta recently revealed why she did not get lead roles in films back in her time. The actress, who has made a space for herself in Bollywood after her 2018 super hit film Badhaai Ho, openly talked about how her personal life affected her work life and why she could not bag lead roles.

Talking about why she never got any lead roles in her youth, Neena told a leading daily, "There were no roles for middle-aged women during that time. You know what? I think I started off on a wrong note by letting my first film be 'Saath Saath' where I played a comic role. That shut my doors to lead roles. Movies is a field where you need to plan. And then, there was not much TV either in those days. But yeah, I did the TV serial 'Khandaan' soon after that, post which I started getting vampish roles. Around that time, I realised that I had started to have an image of a strong woman. Now, those days, the roles of strong women were very badly written. It all started adding up and I didn't get my right break for many years, until thankfully 'Badhaai Ho' came along."

She added, "When I say that I had an image of a strong woman, I am referring to the image created by the media. See what I am in my actual personal life, nobody knows. Maybe I am not strong in my personal life. How will anybody know? Now, the heroine in those days was not portrayed as someone strong, more often than not. Generally, she was someone who compromised with the circumstances and sacrificed a lot. So, I think an actor has to be very careful that what image of theirs is created by the media. And the actor is responsible for it. Like, they should know what he has to say and not say in his interviews. And even if they a few things, where should he/she draw the line? Those days, some of us were quite naive. Kisine kuch achcha bol diya toh usko kuch bata diya. Then, ek baat kahan se kahan chali jaati thi! Matlab kuch aur nikal jaata. If I have certain advantages because I am a public figure, I have certain disadvantages too. I have to learn to maintain decorum with what I say." 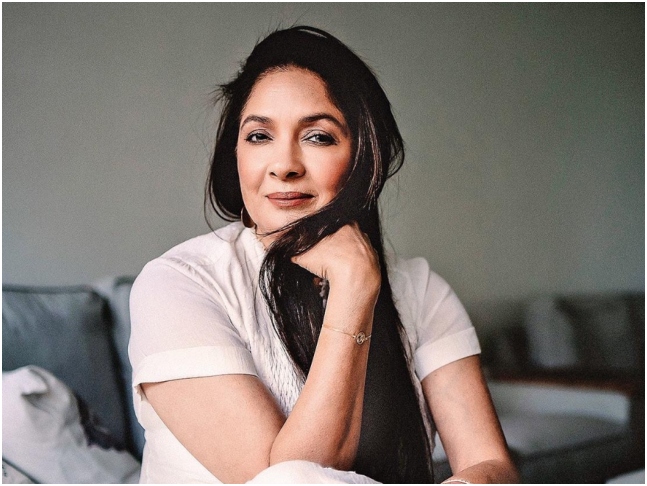 Recommended Read: Witness the new drama unfold as iDiva’s September issue is all about Neena, Masaba and ‘Keeping up with the Guptas’

“Hamare yahan (in the film industry), you get roles in tandem with your image. It’s funny. By that logic, shouldn’t doctors be chosen to play doctors and lawyers be brought in to play lawyers? Isn’t an actor supposed to be someone who can do all types of roles? Why should anybody get typecast? Haan, nowadays it’s changing though,” she added.

On the work front, Neena was last seen in Netflix Original show Masaba Masaba with her fashion designer-daughter Masaba Gupta.

Abhishek Kapoor shares a picture of Vaani Kapoor from Chandigarh Kare Aashiqui sets, feels she is the 'only one who has the sensitivity to be Maanvi'