Advertisement
HomeBOLLYWOODENTERTAINMENT NEWSSaif Ali Khan talks about son Taimur Ali Khan's popularity, says 'I’d like him to be an actor'

Saif Ali Khan talks about son Taimur Ali Khan's popularity, says 'I’d like him to be an actor'

Taimur Ali Khan, son of Saif Ali Khan and Kareena Kapoor Khan, enjoys a massive fan following across the nation. Be it celebrities or paparazzi, little Taimur is everyone's favourite. The question that whether Taimur will follow his parents' footsteps into Bollywood is yet to get a concrete answer, Saif, during an interview, told that he wants his son to find a nice job when he grows up. The 50-year-old doting father further added that he would like him to become an actor.

"I hope he finds a nice job when he grows up. I hope he keeps it up on the Friday of his first release. I’d like him to be an actor," Saif told. In the past, Saif and Kareena have expressed their disappointment with the exposure Taimur has been getting as a child. Requesting media and paparazzi to go easy on him, the parents have spoken about his fame and popularity at a young age. 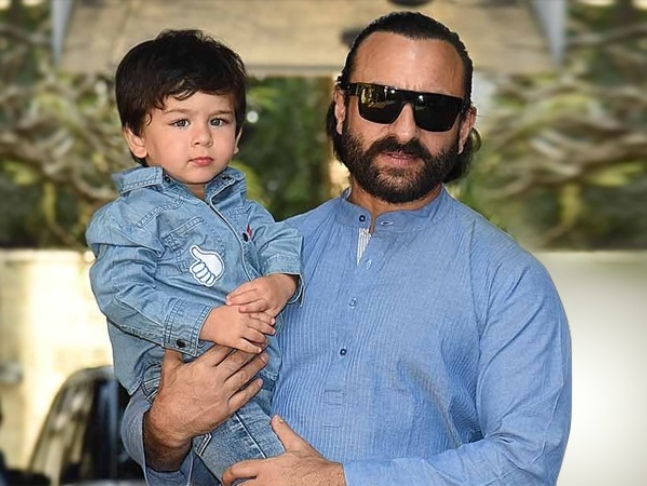 Talking about Taimur's future and his acting career, Kareena, in an interview, hilariously warned Akshay Kumar saying her son is a threat to him. Joking that Taimur's film will earn more than Akshay, she said, "Akshay Kumar, Taimur is a threat to you, I am telling you. Even in your fan following he can surpass you. If you release a movie with Taimur, then his collection is going to be more than Akshay, it’s an open challenge."