The most-awaited second season of Mirzapur is finally releasing! Peepingmoon.com has exclusively learned that Amazon Prime Video has locked the show for September premiere. The streaming giant has finalized the premiere date and will announce it officially late next week. The Mirzapur team isn't confirming the date but it's expected to premiere in the last week of next month.

The second season of the crime-based web-series has been hugely awaited since its announcement and will finally be coming out one year and ten months after the first season premiered in 2018. The show was earlier supposed to release in April this year but the sudden emergence of the COVID-19 pandemic pushed the plan. The makers are now said to have completed all the post-production work and have submitted the final copy to the streaming service. 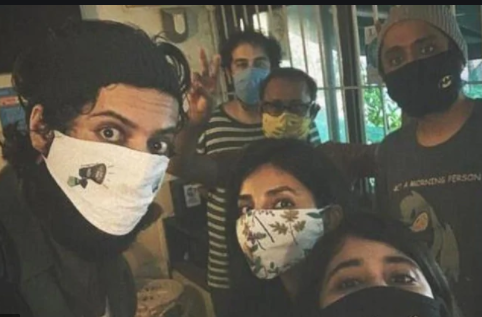 Recommended Read: 'The experience was truly enjoyable,' says Ali Fazal on reuniting with his 'Mirzapur' team for the music album 'Aaj Bhi' with Surbhi Jyoti

Mirzapur revolves around the rule of mafia dons in Purvanchal, UP, where drugs, guns and lawlessness prevail, and where the government is corrupt and the rivalry between gangs is gritty and bloody. The show received huge acclaim from the critics as well as audiences, especially for its extremely intriguing and engaging plotline and the power-packed performances from Pankaj Tripathi, Ali Fazal, Divyendu Sharma, Shweta Tripathi and Harshita Gaur who nailed the characters with ease and comfort. Mirzapur's follow-up season is believed to be equally gripping and will be full of violence and thrill as it carries a plot of Vikrant Massey's death revenge.

Mirzapur Season 2 is among the many exciting web shows Amazon Prime Video has lined up for this year. The streaming platform is releasing one Indian show per month and has half a dozen more projects scheduled for 2020. After The Forgotten Army in January, Four More Shots Please Season 2 in April, Paatal Lok in May, Breathe Season 2 in July, Bandish Bandits in August and Mirzapur Season 2 readying for September premiere, Amazon Prime is expected to release shows like Dilli, Gormint, The Family Man Season 2, Inside Edge Season 3, The Last Hour and Mumbai Diaries 26/11 in the coming months!