Advertisement
HomeBOLLYWOODEXCLUSIVEPeepingMoon Exclusive: We are in development stage, yet to crack the digital platform- Filmmaker Rajiv Menon on 'Putham Pudhu Kaalai' anthology

For followers of Tamil cinema, Rajiv Menon is no new name. After making his breakthrough as a film cinematographer with Mani Ratnam's drama Bombay in 1994, Rajiv gradually went on to become one of South's biggest filmmakers. From directing critically acclaimed films like Minsara Kanavu (1997) and Kandukondain Kandukondain (2000) to collaborating with Mani Ratnam for Guru as a cinematographer, Menon's name was counted among the best. While running Rajiv Menon Productions and Mindscreen Film Institute, the ace cinematographer-filmmaker refrained from signing up for a job that would put him in the rat-race.

Today, as his short film Reunion, which is a part of the Tamil anthology Putham Pudhu Kaalai has released on Amazon Prime Video, Rajiv spoke to PeepingMoon in an exclusive interview. Rajiv discussed what was it like to shoot for a short film of 25 minutes duration amid the COVID-19 pandemic and how the filmmaking process has eased due to the digital boom.

In a film, there has to be sukh-dukh and highs-lows. When you are locked up, you are with the people whom you know but you can’t go out, don’t have enough to eat. But that's when you realise you don’t need much to live also. So there is good and bad happening at all times. When people come to take care and they fall ill and the other person has to take care, that's what forms the crux of my film.

How challenging was it to shoot during the pandemic?

Not challenging, but it's just very different. The number of people has to be 10. You are dealing with a 65 plus actress (Leela Samson) who is taking a risk by acting in your film. We should not infect her and that’s what we had to think of. For scenes as simple as a son coming and putting his arms around his mother, you have to think twice before taking that shot because they aren’t mother and son in real life. What if she gets infected? Now, it is not 'start camera, action' but 'remove masks, roll sound, start camera and action'. It is a different routine you are actually experiencing. Is this the first time you were shooting and directing, both?

I have done that a lot when I was working as an advertising professional. For a feature film, I have someone to shoot for me. Sometimes, during a 50-day or 80-day schedule, I had to go both. It's not that I haven’t done it but I have avoided it. I really enjoyed shooting and directing this time.

Is censorship a pre-requisite for OTT?

Not censorship but some guidance like people should be able to decide what is right for their age.

Is the OTT offering a new cinema vocabulary? Do you think cinematographers have managed to crack the digital platform?

Yes, it has. There are so many different stories. Every new series is bringing a new set of actors. I’m very glad that it is happening. OTT isn’t just about cinematographers and directors but also about writers. Those who can write well can crack it. Currently, we are in progress and there are some good things coming up. We are in the development stage. I wouldn’t say we have aced it. 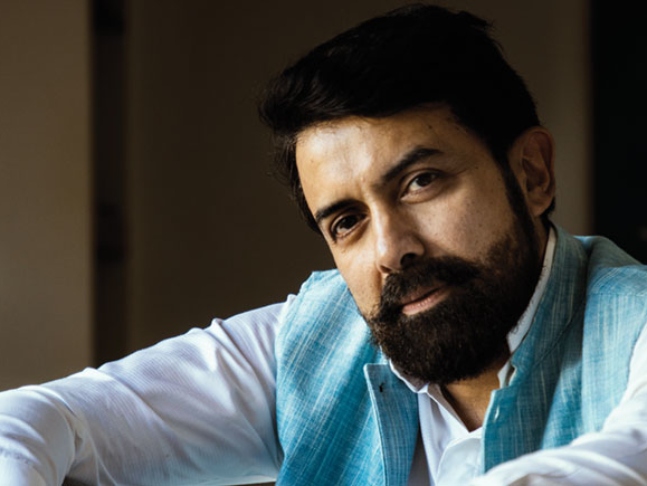 Are filmmakers focusing on commercial aspects over originality?

In OTT there is nothing called commercial projects. We don’t know how many people are watching it. Commercial and non-commercial is the biggest difference between an OTT release and a feature film. There is no box-office but a general understanding that your story must work.

Has the filmmaking process eased down due to the digital boom?

Yes definitely. A lot more younger people can make films and short films. You don’t have to slog for so many years as an assistant. You don’t need a break in films now, you can go straight ahead. 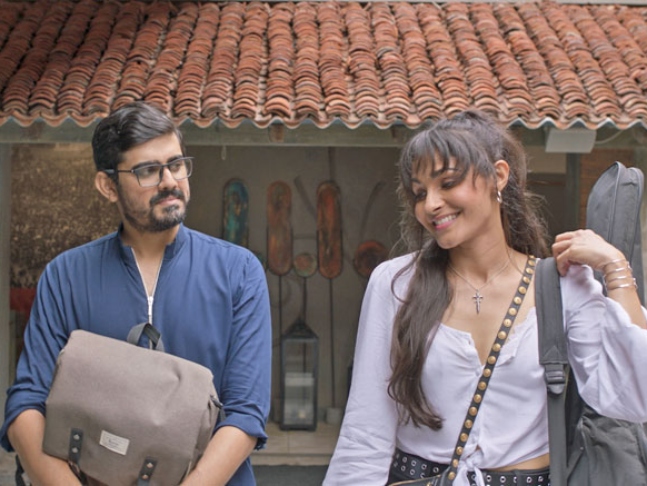 Was it a compromise to limit your film’s duration?

Everything has to have a beginning, middle and end. What if my film becomes 40 minutes long and someone else has got a 20-minute long one. In such cases, the audience gets confused. There has to be symmetry in narration.

What's the reason behind casting Andrea Jeremiah, Leela Samson, and Sikkil Gurucharan? Was it difficult to bring them on board amid the pandemic?

The main actors were quite interested in doing something like this. I had sent them the script and they liked it. I didn’t spend much time convincing them because they were sold on the script. When someone likes your script, you've won half the battle. The reason for casting Andrea is because she fit for the film and is a Rockstar in real life. We have Leela Samson, a famous Bharatnatyam dancer and Sikkil Gurucharan who is a singer but plays the role of a doctor. I like to cast someone unpredictable because the timing of a conventional actor is something you have always seen. When you have a new person, you get something unpredictable.

PeepingMoon Exclusive: ‘I was the least marketable actor in the international circuit,’ says Ali Fazal on his blink-and-miss appearance in 'Death on the Nile' trailer