Jasmin Bhasin is among television’s popular actresses. After starring in family dramas, the actress kick-started her run with reality shows by signing Khatron Ke Khiladi 9 in 2019 followed by its special edition titled Made In India. Now, Jasmin is all set to put forth her strongest game inside the Bigg Boss 14 house.

The actress, who featured in the role of the antagonist in Naagin 4, before entering the house, spoke to PeepingMoon in an exclusive interview. From discussing whether her experience with reality shows is a brownie point to her game plan, Jasmin spilled the beans.

Why did you sign Bigg Boss 14? Have you planned any strategy?

I signed Bigg Boss 14 because it is a very popular show and totally pulls you out of your comfort zone. The growth always comes after trying something different. The only strategy I have made is to enjoy the show myself and entertain the audience.

Bigg Boss 14 is known for controversies. Are you ready to face personal attacks?

Yes, I am ready for all of it. 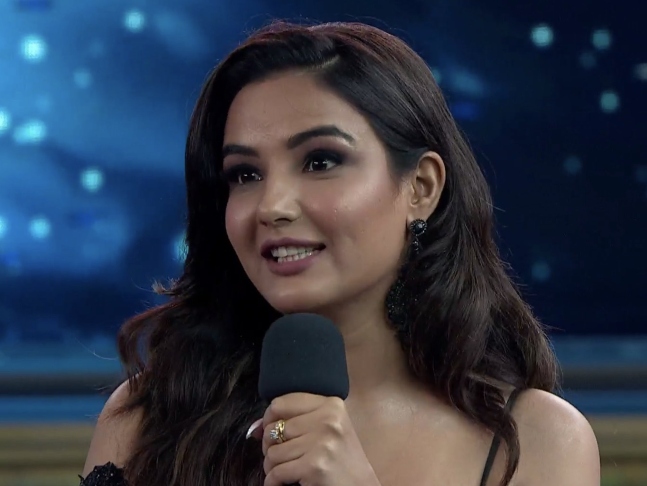 Taking Bigg Boss’ past records into account, personal attacks are a common thing. Are you and your loved one outside ready for it?

My family has always been supportive. They know that I am a strong fighter and will get through all of it.

I’m not working to be anyone. I just want to be the best version of myself, entertain the audience and come out as the winner.

After Khatron Ke Khiladi, you are back with Bigg Boss 14. Is your experience with reality shows a brownie point for you?

Khatron Ke Khiladi was a totally different show. Bigg Boss is nowhere close to it. I feel people expect a lot from you if you’ve done a reality show in the past. It is more challenging for me than a brownie point.