Advertisement
HomeTELEVISION NEWSEXCLUSIVE NEWSPeepingMoon Exclusive: ‘Tricky situation when wife Rubina Dilaik and I will be pitched against each other in tasks in Bigg Boss 14,’ says Abhinav Shukla

Salman Khan hosted Bigg Boss 14 is finally on air! The show that had a grand premiere night filled with surprises for the audience. One of the contestants who left all stunning with his entry is Abhinav Shukla. The actor-model entered the house with his wife, actress Rubina Dilaik. Abhinav and Rubina kept the news of their participation under tight wraps till the very last moment.

As Abhinav joined the other participants inside the house, he spoke to PeepingMoon in an exclusive interview. Stating that the occasion when he will be pitched against Rubina will be a tricky one, Abhinav said the couple has no fixed strategy but will put forth a strong fight when things go out of control.

Have you made any strategy for Bigg Boss 14?

Our strategy is no strategy. Plans go out of the window in the first few days because the way Bigg Boss and the contestants will surprise us we can’t even imagine it in our dreams. We are going the way we are baaki mauke pe chaka marenge.

We don’t have many controversies in our lives. The only controversy we can come across is when people see us as a team and try to break us. That could be some sort of testing time for us. We are prepared for it.

Taking Bigg Boss’ past records into account, personal attacks are a common thing. Is your family outside ready for it?

They know how the show runs and people will get down to a level where they will get personal. We have to be a little thick-skinned and it’s not that I will stay down laying. I’ll give it back. 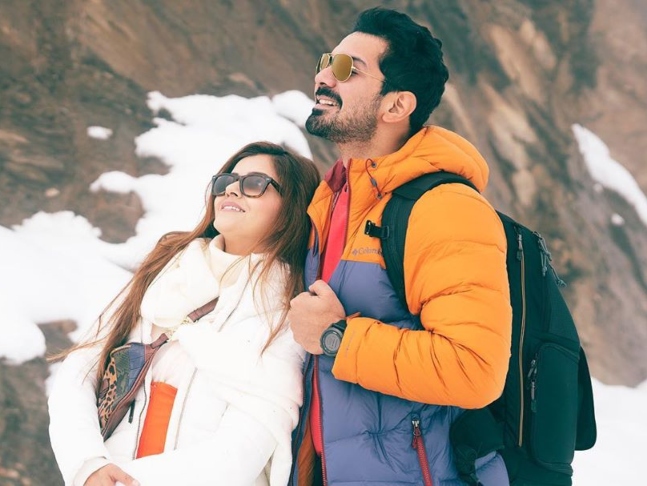 There are chances that you will be pitched against Rubina Dilaik during tasks. Will it be an awkward situation for you?

Not an awkward but tricky one. I’m sure I won’t do anything ethically wrong which will hurt her. But if I am in a team, I’ll be loyal to them and perform with my team even if it means I’m pitched against her.

Till now, celebrities who entered with their partners never went on to win the show. Will you be able to break the past record?

I hope we at least reach the finale. It will be an interesting journey that hasn’t happened in the past.

Will Bigg Boss 14 be a game-changer for you?

Depends. I’m of the opinion that people will connect to me, especially the masses. I’ll become a household name.

Do you see entering the show as a couple to be an advantage or a disadvantage?

We won’t be perceived as a threat by many. They’ll try to break us. It’s more of a disadvantage going together. 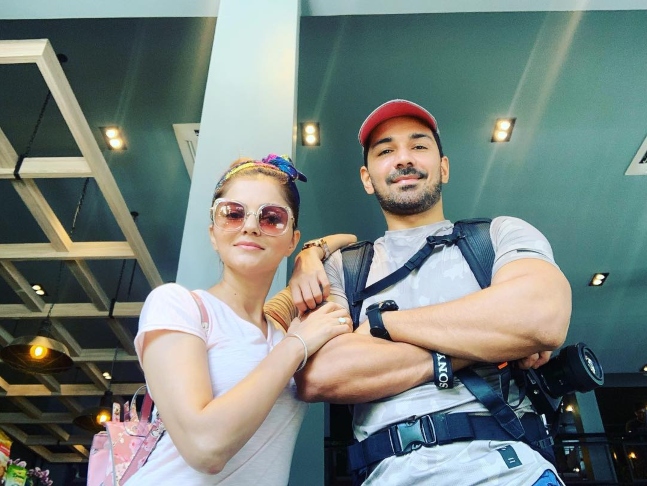 Rubina and you came on board at the very last minute. What’s the reason for a delay?

When they approached Rubina, they wanted us to do it together. I insisted that she should do it alone because when she is all by herself, she’ll learn a lot about her own self. I’d done a reality show (Survivor India 2012) so I had been there and done that. So, I wanted her to go through that experience of how to deal with people. You get to know a lot about yourself. She was of the opinion that we should do it together as it will be a bigger challenge.