Advertisement
HomeHOLLYWOODNews'Mulan' to skip a theatrical release; to premiere on Disney Plus on September 4

'Mulan' to skip a theatrical release; to premiere on Disney Plus on September 4

Owing to the ongoing Covid-19 pandemic and ensuing lockdown, major Hollywood films have been postponed. Chinese actress Crystal Liu Yifei starrer Mulan, which has been delayed twice owing to the coronavirus outbreak, was scheduled to hit theatres on August 21. However, the date was later listed as "unset" for the $200 million live-action drama based on the 1998 animated film. Now, the latest development says that the film is no more heading for a grand theatrical release.

The Walt Disney Co. said Tuesday that it will debut its live-action blockbuster on its subscription streaming service, Disney+, on September 4. The catch is that customers will have to pay an additional $29.99 on top of the cost of the monthly subscription to rent Mulan. The company plans to release it in theaters in areas where Disney+ is not available. “In order to meet the needs of consumers during this unpredictable period, we thought it was important to find alternative ways to bring this exceptional family-friendly film to them in a timely manner,” Disney CEO Bob Chapek said on the company’s earnings call. “We see this as an opportunity to bring this incredible film to a broad audience currently unable to go to movie theaters.” 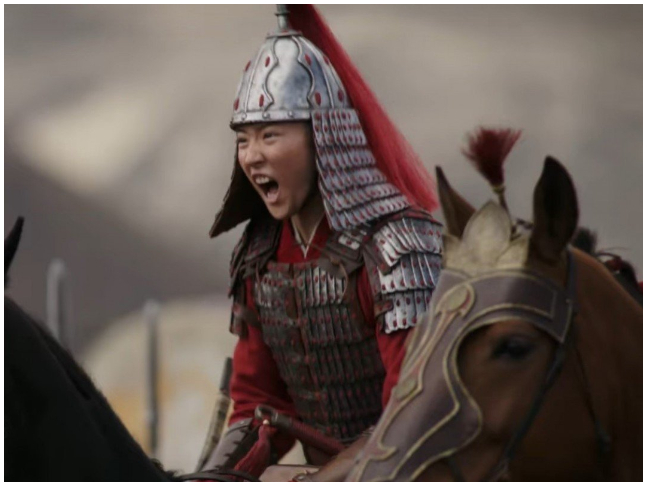 Recommended Read: Watch: Disney drops the first trailer of its live-action 'Mulan' with no Mushu and the dark reality of war

However, no one expected a film of this stature to take the web route, not even Disney. In late June, when announcing its delay to August, Disney executives Alan Horn and Alan Bergman wrote in a joint statement that Mulan was, “Everything the cinematic experience should be, and that’s where we believe it belongs—on the world stage and the big screen for audiences around the globe to enjoy together.”

It's a shame: Naomi Watts 'not allowed to say' what happened to her ca

Melissa Benoist is hanging up the cape! 'Supergirl' will end with its upcoming sixth season

The Croods A New Age: Nicolas Cage, Emma Stone and Ryan Reynolds face off a ‘better’ family in ‘The Croods 2’ trailer