Sara Ali Khan shares a great bond with Kareena Kapoor Khan. The two actresses are extremely fond of each other and even though Kareena is married to Sara’s father Saif Ali Khan there is no love lost between the two.

So, it was hardly surprising that after roping in her husband Saif and mother-in-law Shamila Tagore to appear on her radio show What Women Want, Kareena would get Sara on it as well. 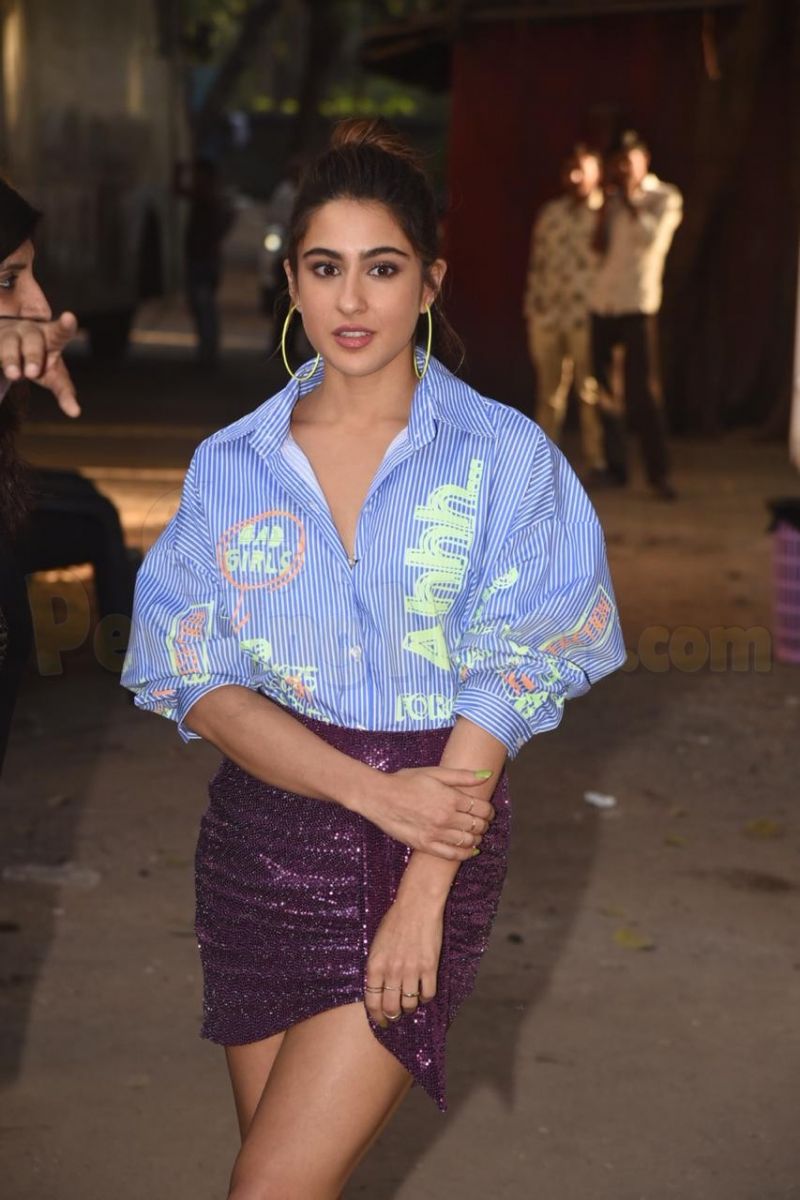 Today, Sara shot for an episode for the radio show with Kareena. 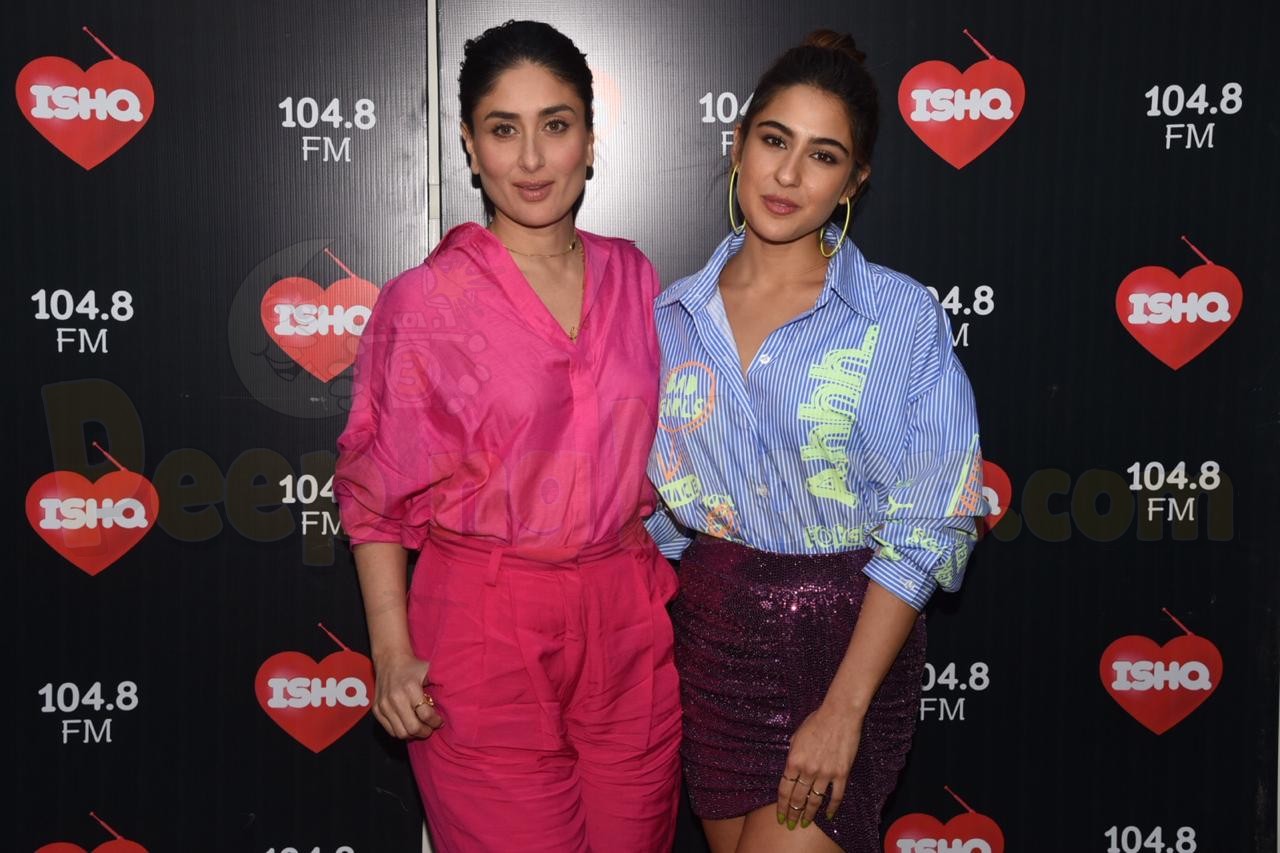 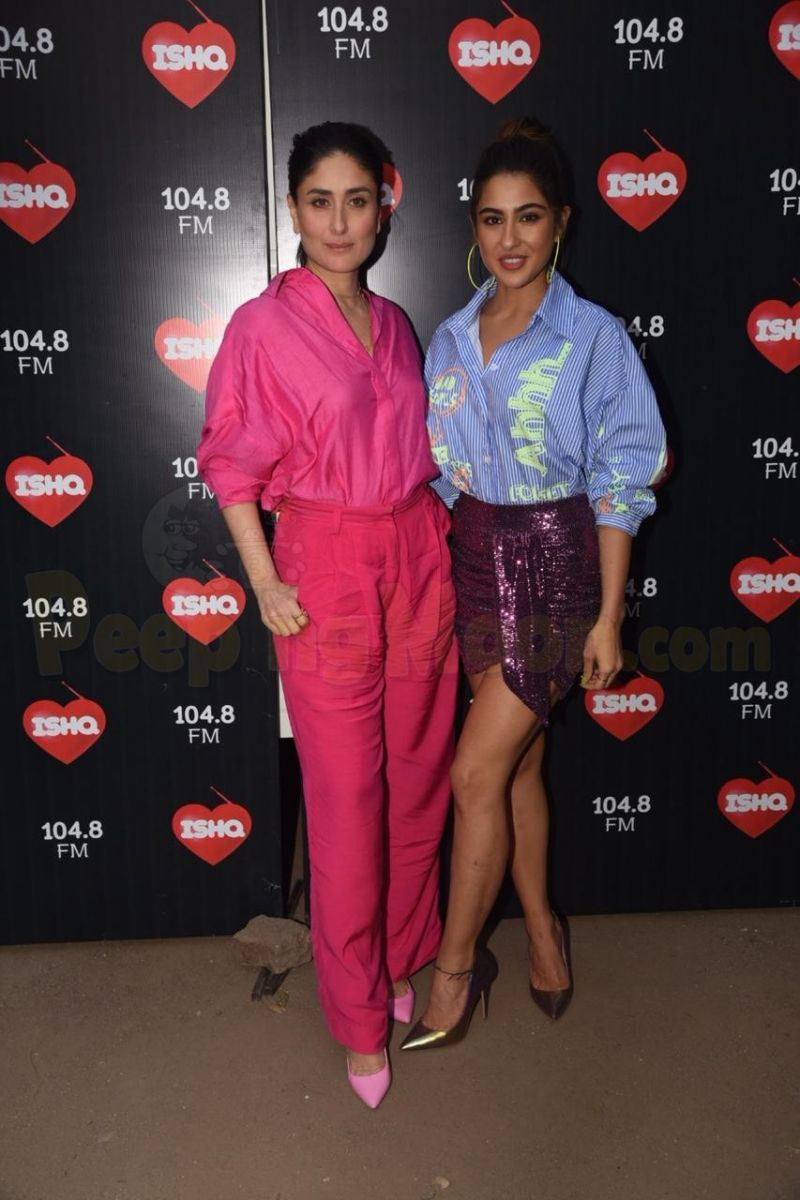 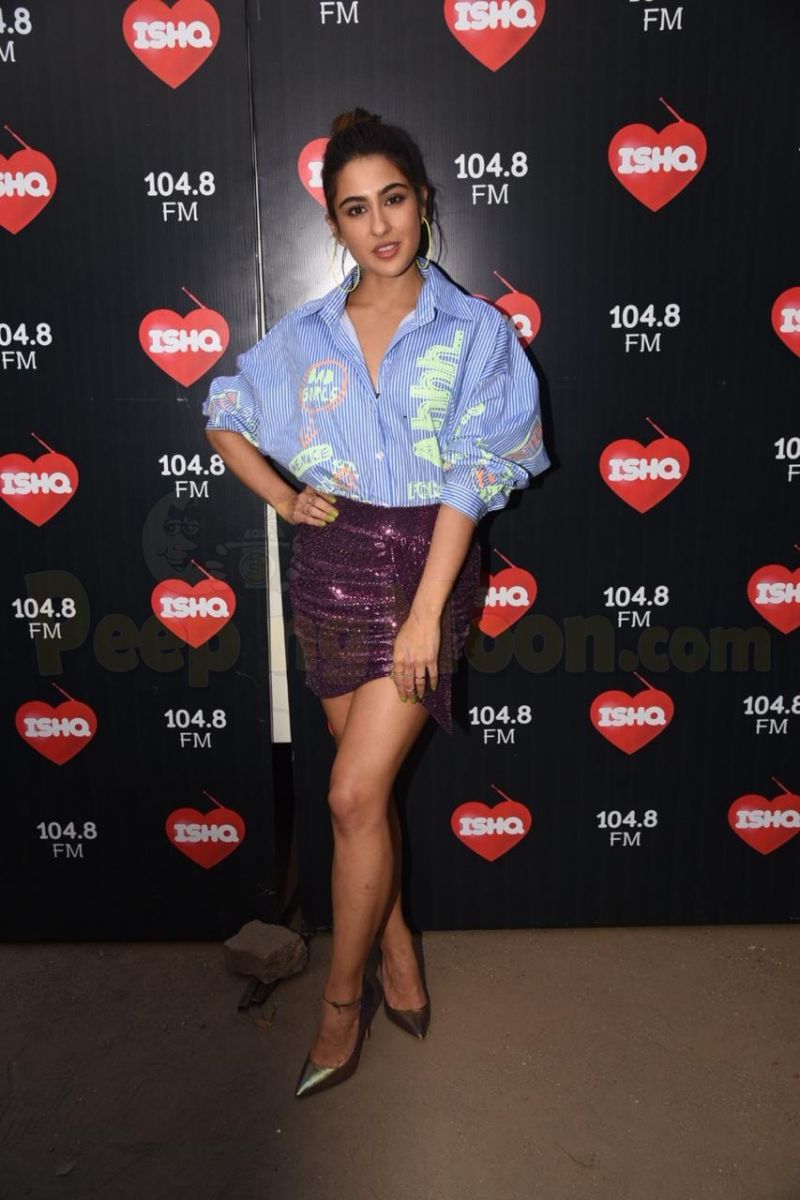 She completed her look with statement hoops and metallic pumps. 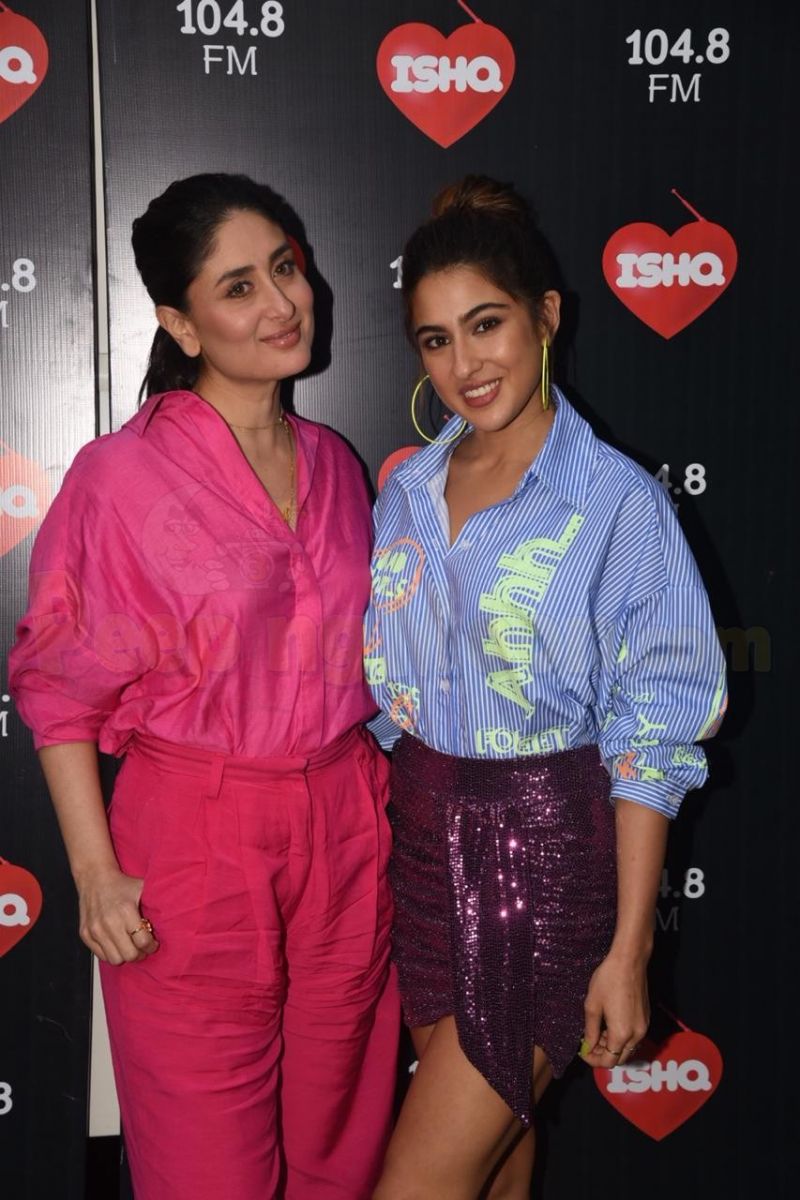 On the other hand, Kareena looked dazzling in an all-pink outfit. Kareena’s radio show airs on Ishq 104.8 FM in which she gives a sneak peek to her and Sara’s real-life camaraderie. 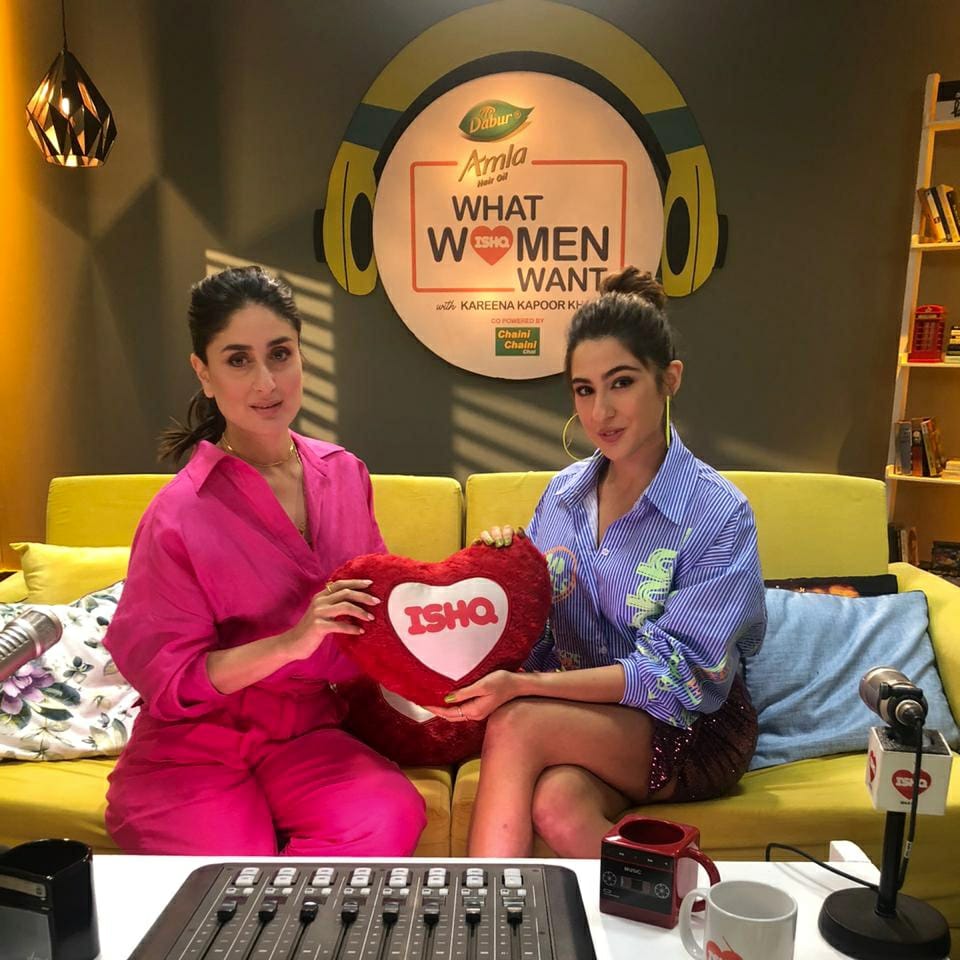 Earlier in the day, Sara was also spotted in the city promoting her upcoming film Love Aaj Kal. 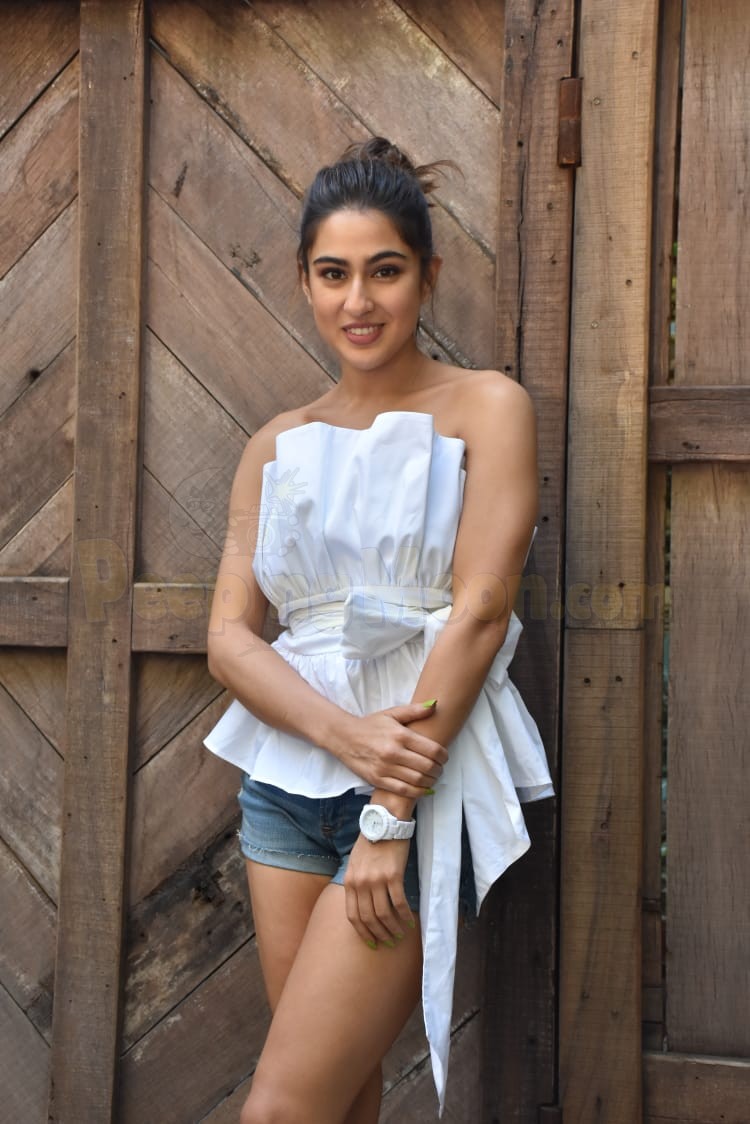 She wore denim hot pants and a white top. 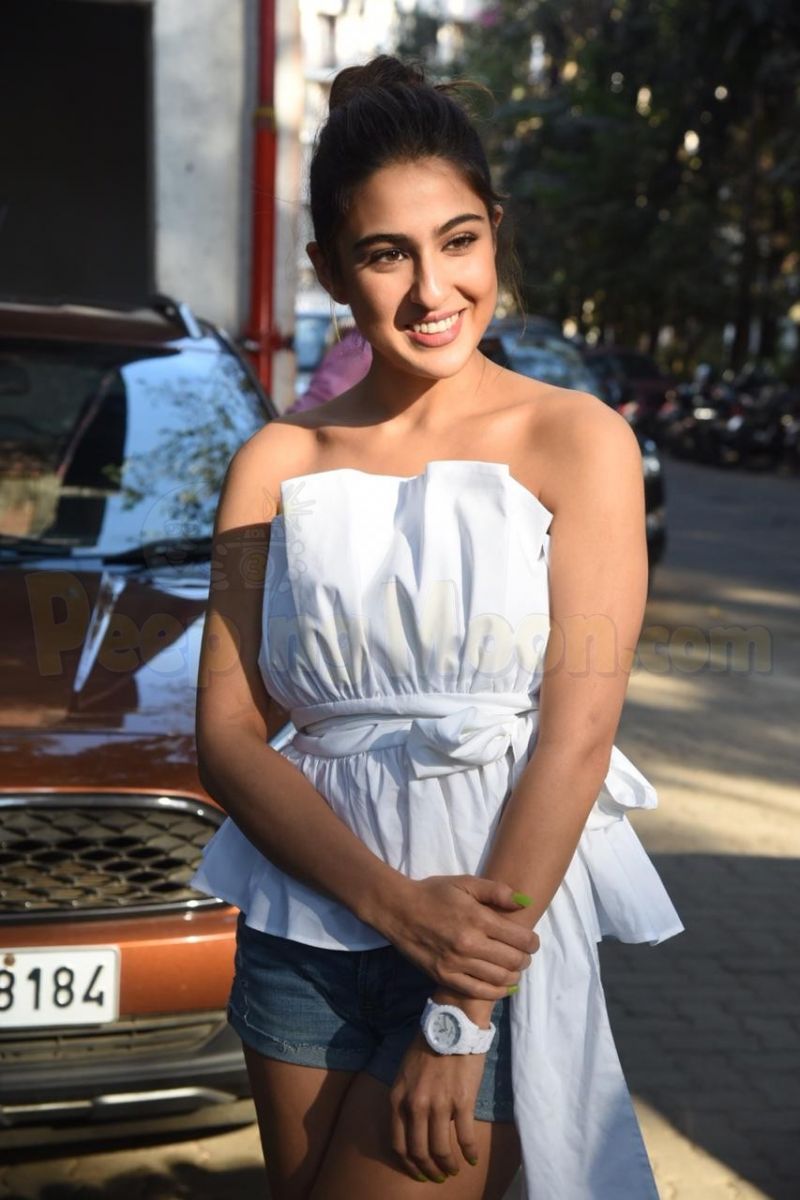 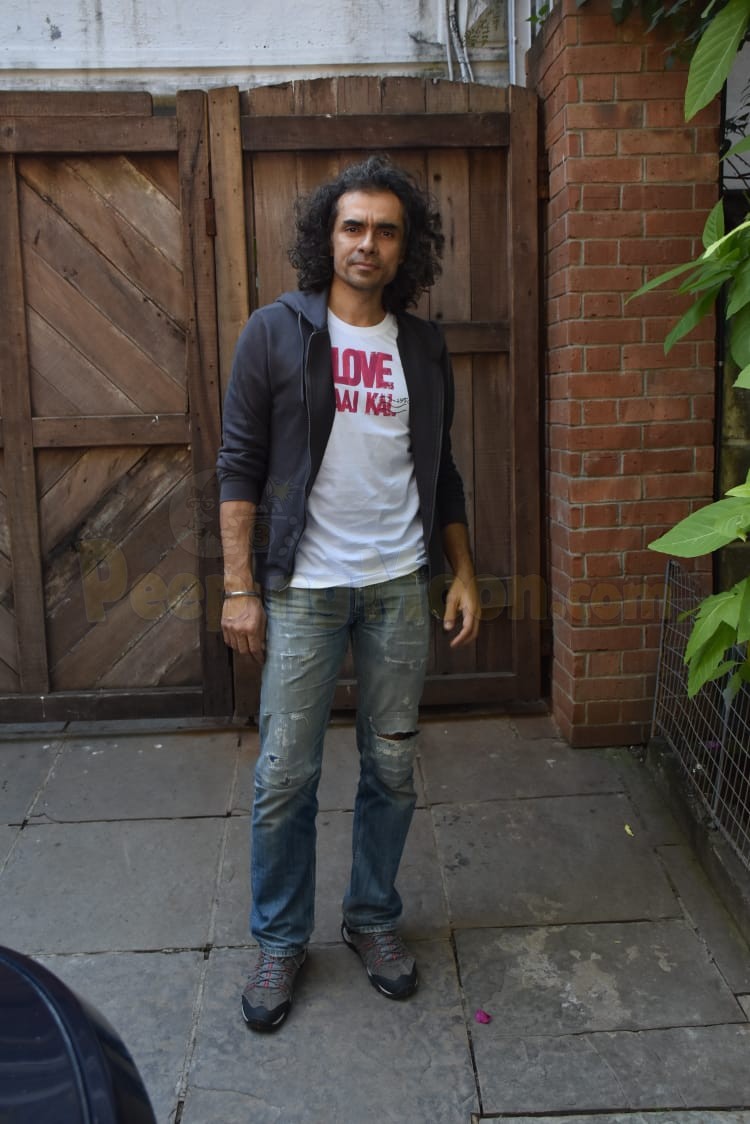 Imtiaz was seen wearing ripped jeans, a white T-shirt that bore the name of the film and a jacket. 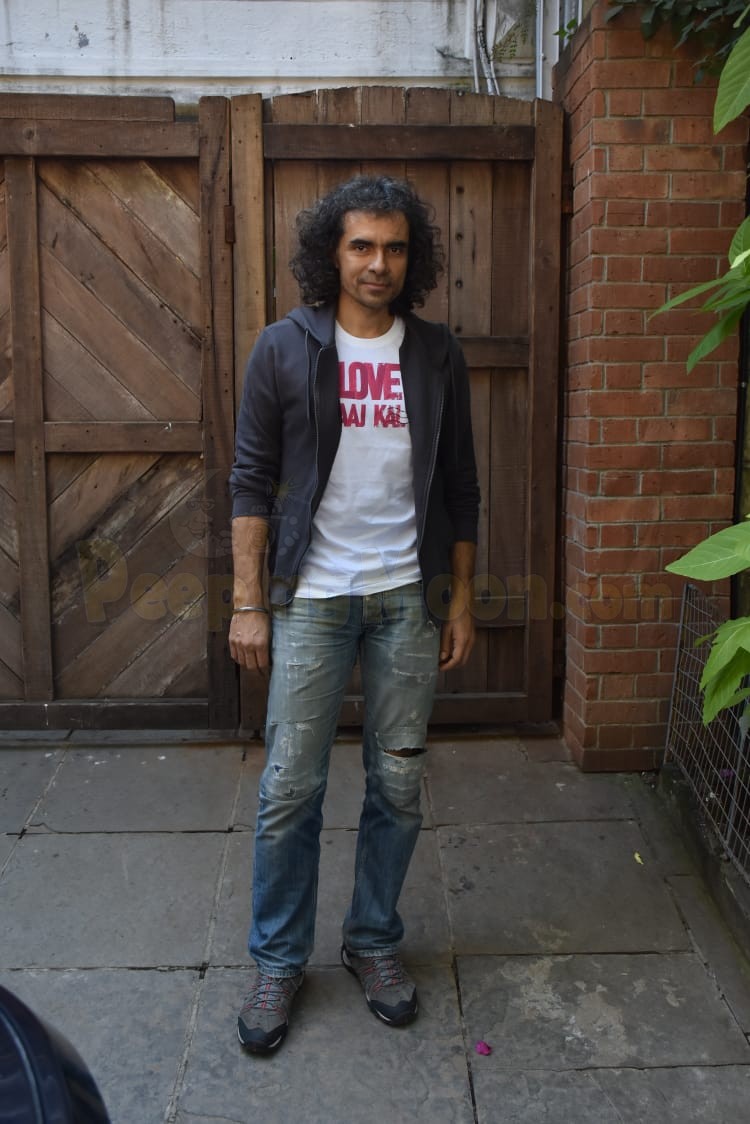 Deepika Padukone and Siddhant Chaturvedi travel to Alibaug as they sho

Anushka Sharma flaunts her baby bump as she shoots for an ad; Sidharth Malhotra travels out of the city; Kartik Aaryan heads out for his birthday dinner