In the time when remake and remixes are dominating the music charts, actor turned director Anand Tiwari is here to take the audience seated at home on a journey of love, music, pride and prestige with his Amazon Prime Video show Bandish Bandits. Featuring Naseeruddin Shah, Atul Kulkarni Ritwik Bhowmik and Shreya Chaudhry in the lead, the 10 episodes series premiered on Tuesday. A musical extravaganza, Bandish Bandits soars high on soul-touching classical sangeet which is rare of late.

Bandish Bandits is set in Rajasthan and Mumbai. The series opens to the Sun City that is Jodhpur. Huge havelis, colour angans, ornate temples, bustling markets and royal traditions imprison the viewers with its grandeur and spectacle. Bandish Bandits is centered around Pandit Radhemohan Rathod (Naseeruddin) who is one of those formidable teachers of Hindustani classical music who commands utmost respect and demands/receives absolute discipline. 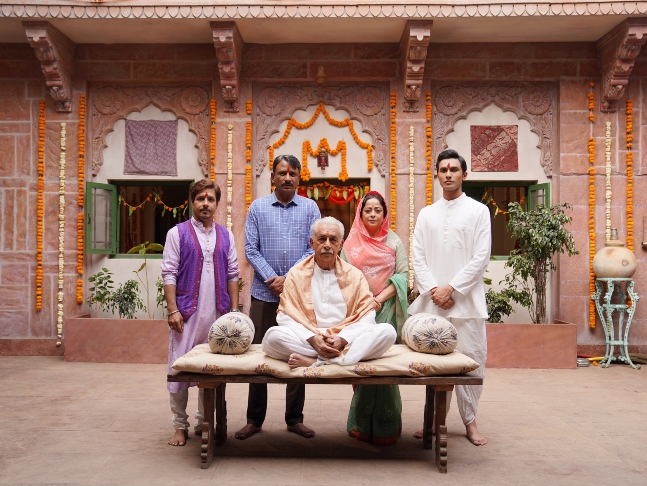 His grandson, Radhe Singh Rathod (Ritwik) is one of his students. Panditji is a stern gharana guardian who is on a quest to find the successor aka the next Sangeet Samrat. Radhe, being Panditji’s able shishya is burdened by the music purist’s impossible standards. Thanks to the dominance of Panditji, the professional growth of musically abled family including his elder beta Rajendra (Rajesh Tailang), bahu Mohini (Sheeba Chaddha) and younger beta Devendra (Amit Mistry) is hampered.

While Radhe is a product of fine training in classical music, Tamanna (Shreya) is a self-taught millennial who colours her hair blue, lights up a cigarette, uses hip terms like legit and also mocks about ‘blow jobs’. She dreams of singing with a fictional global pop icon named Queen Eli. Tamanna belongs to the group who believes classical singing is like a ‘goat being strangled’. On the other hand, Tamanna has an over-ambitious mother (Meghna Malik) and a loving father (Rituraj Singh). Their family problems occupy a large portion of the narrative. 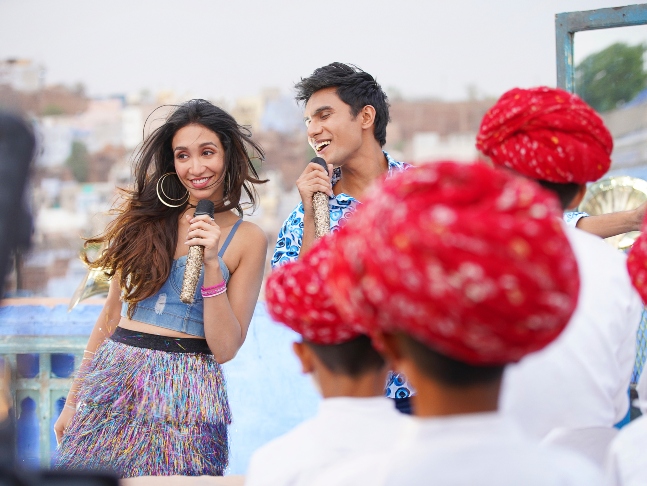 Radhe, who is rather ‘caged’ due to Panditji’s demands and expectations, is set free when he meets Tamanna. Soon, she recognizes his talent and asks him for a collaboration which is the way to instant fame, money and also a reason for them to grow closer to each other. Without consulting Panditji, Radhe secretly says yes and invites trouble in his life and relationship with Tamanna and family members.

In the middle of this romantic musical drama, the Karna of the clan aka Digvijay (Atul Kulkarni) joins in to spice up the tale. An equally abled son of Panditji from his first wife, Digvijay is proud of his accomplishments and always seeks validation from his father. The tussle between Radhe and Digvijay begins on this note. 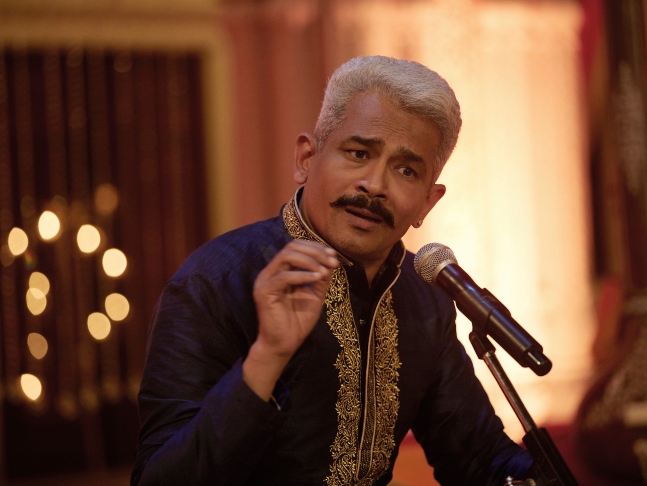 Creators Anand Tiwari and Amritpal Singh Bindra begin the conversation to retain the beauty of classic music in the time of commercialization. With Bandish Bandits, they emphasize on the fact that there shouldn’t be a rift between classical and popular. The dominant theme traditional versus modernity shines throughout but the story fails to keep up the pace with the splendid music. inconsequential subplots like Radhe’s rishta is fixed with the Belgium-returned daughter (Tridha Choudhury) of the prince of Jodhpur (Dilip Shankar) slacken down the pace.

Naseeruddin towers above all in the musical drama. His silence speaks the loudest. Toying with ragas like he did in Sarfarosh, Shah beautifully emotes disgust, disapproval and even a faint appreciation perfectly. He picks up the storyline when it is about to falter. Shreya and Ritwik are earnest as the millennial lovebirds who are torn apart by legacy. Atul adds a very good twist and shines throughout. 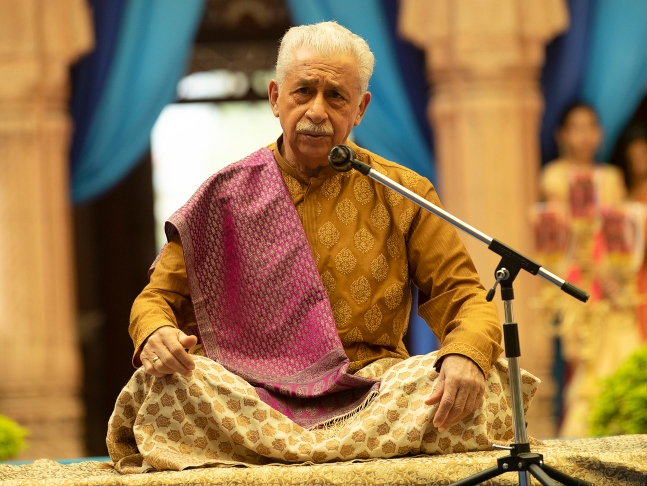 Shankar-Ehsaan-Loy paint a beautiful world with their music. Shankar’s classical sensibilities teamed up with Ehsaan and Loy’s western flavour in music is the highlight. Indeed, the USP of Bandish Bandits is the music. It makes up for the weak storyline. Sriram Ganapathy’s camerawork is an ode to Rajasthan and its beauty. The cinematography elevates the show and is spectacular.

While Bandish Bandits soars high on music, it scores low on story. Trust Naseeruddin to entertain you with his charm and brilliance that comes with years of experience.

Utopia Review: John Cusack’s conspiracy thriller about a pandemic is

‘The Boys Season 2’ Review: Karl Urban’s series is a MUST-Watch diabolical satire on the cult of superheroes