Medical scams in India are a scary reality and sets the premise for Randeep Jha's Halahal. Based on a medical college student's death, the film takes us through the journey of an ugly scam and how it is brushed under the carpet. Starring Barun Sobti and Sachin Khedkar, the crime-thriller is suspenseful and creates thrill but only to a certain extent. It is a story of a helpless father who wants to know the truth behind his daughter's murder that is being pinned as suicide by powerful people.

Based in Ghaziabad, the 1 hour 37 minutes film begins with Dr. Shiv (Sachin Khedkar) being informed about the suicide of his daughter Archana, a medical college student. However, Dr. Shiv fails to believe that his daughter could end her own life and feels she got involved in some medical scam. Helplessly, he takes the help of a cop Yusuf Qureshi (Barun Sobti) who lives on bribes. Dedicated to uncovering the truth behind Archana's mysterious death, Yusuf tries to solve the case with Shiv's help. Unfortunately, powerful forces stop the two from reaching to a conclusion. What happens next is a series of dragged events that take make the drama unimpressive. The film's narrative is monotonous and despite being a thriller, Halahal misses the mark. It is not as gripping as expected with the storyline being stretched with nothing concrete to offer in the end. What makes the film disappointing is the climax, which is unrealistic and unreasonable.

The only thing that saves the day for a poorly written film like Halahal is its performances by Barun and Sachin. Barun, as always, is impressive as Police inspector Yusuf. His body language and dialect of a Haryanavi cop match the tone of his role and his performance is excellent. Sachin shines out in the film. He aces his emotional scenes, providing a suspenseful edge to the film. The supporting cast does a decent job. PeepingMoon dedicates an extra .5 moon for the performances which are let down by the unruly script and 'not so convincing' climax. 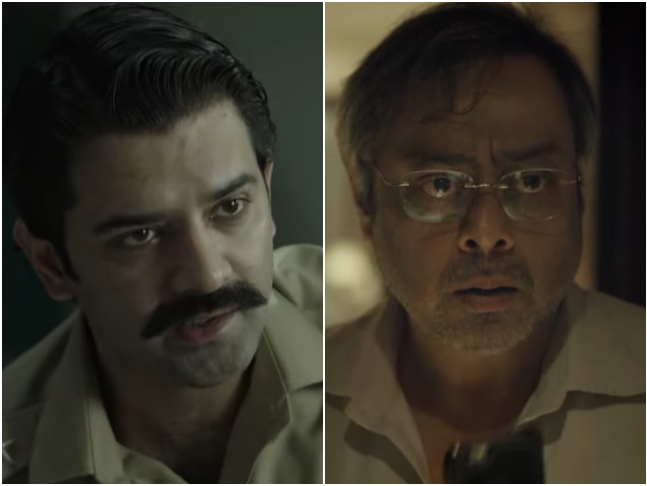 Director Randeep Jha tries every trick to make Halahal a good crime-thriller but Zeishan Quadri’s writing lets down the film. This is upsetting because he is the same man who has (co-written) belted out gems like Gangs of Wasseypur series! Cinematography by Piyush Puty seems up to the mark but Nitesh Bhatia's editing makes the film clumsy.

Halahal can be skipped if you are not a hardcore Barun Sobti fan kyuki 'har cheez ki keemat hoti hai'.