Arjun Mathur is basking in the glory that his International Emmy nomination for Best Performance as the gay wedding entrepreneur Karan Mehra in Amazon Original Series Made in Heaven has brought him. The show has been created by Zoya Akhtar and Reema Kagti. In an exclusive chat with PeepingMoon.com, Arjun spoke about how he was lucky to get cast as the lead in the web series because he and Zoya are friends for more than 15 years, and how she has been in instrumental in choosing the pictures for his first portfolio to casting him in her first web show.

Arjun revealed he has no regrets that he has achieved success this late in career, and how he did loose on many big ticket opportunities in the past due to not being a viable commercial face! 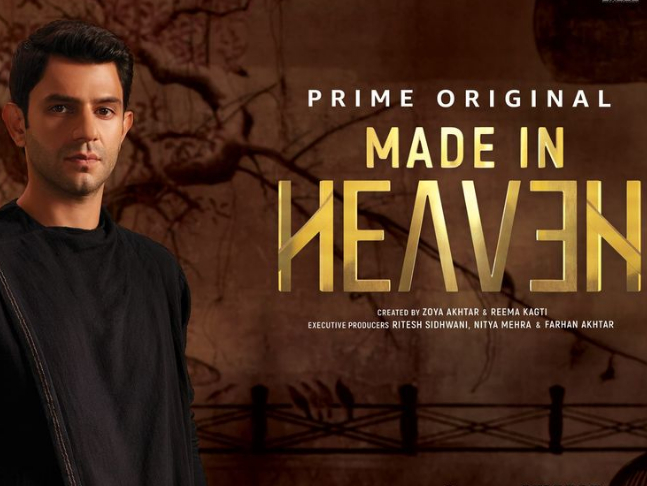 Recently, Anurag Kashyap went on record to say that he wanted Ranveer Singh for Bombay Velvet but since he was relatively new, the studio was adamant on Ranbir Kapoor’s casting. When Arjun was asked why he was never seen as the lead face before Made In Heaven, he said, “Filmmakers are held by shackles that are the beauty of streaming platforms that they can cast actors like me in leading roles. I totally understand filmmakers could not cast me in lead roles in feature films because of the market and the economics that comes into play. I have faced rejections several times where filmmakers wanted to cast me but the studios won’t let them mount the film without a known face or name.”

Arjun, however, is hopefull that an International Emmy nomination will open some doors for him. "Maybe, Zoya might think to cast me as a lead in her next," laughed off the actor.

For the unversed, Arjun was a part of Zoya's debut film as a writer - Mira Nair's short film Migration in 2007, Zoya's first ad campaign, her first mainstream directorial Luck By Chance in 2009 and her foray into the OTT with Made In Heaven in 2019.