Advertisement
HomeVideosBest of 2020: With biggest films competing with the smallest shows on OTT, content has finally triumphed stardom- Arjun Mathur

Best of 2020: With biggest films competing with the smallest shows on OTT, content has finally triumphed stardom- Arjun Mathur

Arjun Mathur has emerged as everyone's favourite with his choice of projects, talent and good looks. While 2020 wasn't a great year for all, it was indeed special for Arjun as he was nominated for the Emmy in the category- Best Performance by an Actor in Made In Heaven. Though Arjun, unfortunately, didn't win the award, he surely won hearts across the globe. As we are ending 2020, PeepingMoon got in touch with Arjun to know about his takeaways from this year.

Talking to us, he said that everyone's privilege has come into focus. He also spoke about creating content in lockdown. Touching upon his Emmy nomination, the actor told, "12-13 years of working and accolade like Emmy nomination coming your way, it instills your faith in staying on your path. An artist's life is riddled with self-doubt, insecurity, comparisons - all negative emotions. But when something like this happens, it's like theek hai, you're doing fine." 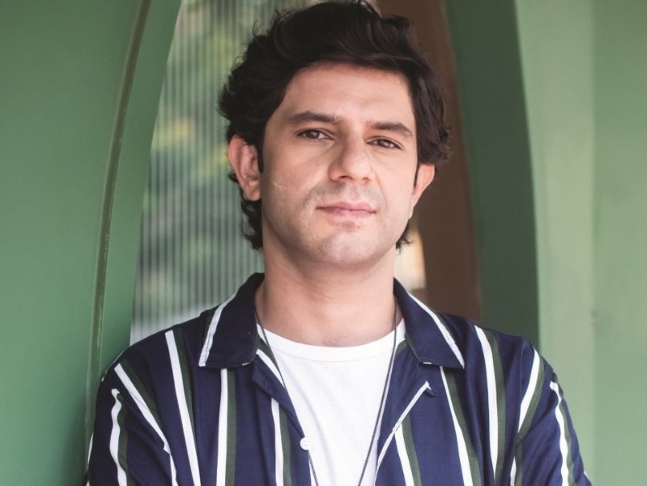 Sharing his opinion on the roles that were developed on OTT, Arjun said, Biggest of films competing with the smallest ofshows on OTT, and are being overshadowed. Suddenly, democracy has entered the world of entertainment in India. We are finally at a place where content has triumphed stardom."

'Love transcends all boundaries, whether it's gender or age,' says Tah

If you have a good product in hand, it will work irrespective of circu

Let's Talk: Heartbreaking to give 7-8 auditions a day & going home without cracking any, but I didn’t give up: Jasmin Bhasin

I am not an adventure person, every stunt was difficult for me: Nikki Tamboli