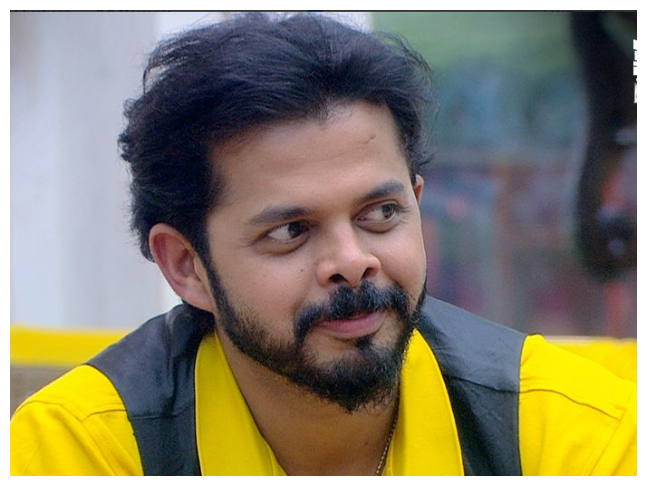 The 13th week of the show is about to end and it is a wakeup call for everyone to put their best foot forward. One had to be competitive and aggressive but all for the right things. Insecurity is definitely cropping up and it is showing in the equations that the housemates share.

In an interesting twist, Sree was chosen as the best player who had the power to nominate three people for kaalkothari. The discussion saw a lot of arguments and fights. Another task was when Bigg Boss asked housemates to choose the less deserving contestant to enter the 14th week from KV, Somi and Rohit. In a surprising turn of events, Surbhi named Karanveer and that miffed him. Rohit came under the scanner for his aggressive behaviour. Well, all I can say now is that all is not at all well between KV and Surbhi and Romil and Somi.

The show began with a discussion between Romil and Somi wherein Romil asked Somi about Deepak. Somi clearly told him that love is a very sacred emotion for her and she would not use it for her game. Deepak would remain her friend even after 10’years. Romil kept insisting and Somi said that Romil had not done anything for her. An upset Somi and she walked out of the conversation. Dipika and Sree had a light moment as the former gave her a head massage. Karanveer and Deepak were speaking about Surbhi and KV said that there is no difference between her and Rohit as they use people.

The next day housemates woke up to the song Dil Dance Maare Re. Romil was caught sleeping again and Bigg Boss played the “cuckoo” sound. Surbhi maintained her calm and asked him to get up and get dressed. Deepak snuggled with him in the blanket. Somi and Romil again got into an argument and she called him over-smart. Romil asked her to not call him that. Somi was in the garden area and she told Rohit that she was hurt with Romil accusing her of using a love angle to survive in the game. Romil later came to speak with Somi and she started crying and said that she does not need someone like him in her life. Rohit and Surbhi were heard talking about KV and how they did not appreciate him calling them partial for yesterday’s task. Rohit said that KV did not have a mind of his own and follows what Deepak advises him.

Bigg Boss asked the housemates to choose the best performer for yesterday’s task. This breaks an argument as Sree and Dipika supported each other as usual. Surbhi votes for Sree.  They all gave Sree the credit as he was the one who stole the bottle. Somi was upset that no one was taking her name and discussed the same with Surbhi. After all the discussions everyone voted for Sree except Somi. Sree thanked everyone. Sree got the power to choose three people who would go to kaalkothari. KV jokingly told him to not take revenge and be fair. Dipika read about the task. There is a gong in the house and it would play three times. As the gong played each time Sree would name one person who would enter the kaalkothari. Housemates had to convince him why not them but others deserved to go to jail. KV named Rohit for abusing him. Somi named Romil for being overconfident. Surbhi named Deepak and Dipika named Romil. At the first gong Sree sent Romil and gave the reason of him sleeping which led Bigg Boss to take away the mattresses and it added discomfort to the others. Romil enters the jail and apologized to the housemates.

Next Somi told Surbhi that Rohit should go as he is very ill-mannered. She cited KV’s example and what Rohit said to her too. Deepak too added his example and Rohit came in at the same time. Right got angry with Somi and accused her of safeguarding Deepak all the time. Somi got more upset with him and the two got into an argument. He said that Romil also spoke rudely with Somi but she had never objected to that. Surbhi probed KV about the fight between him and Rohit last night but KV said that he would only talk to Rohit about it and not anyone else. Deepak told Sree that Rohit does not mean when he apologized and hence should get punished. At the second gong, Sree sent Rohit to kaalkothari for the reasons the housemates gave him and also for him being caught sleeping.

For the third choice KV voted for Surbhi for bossing around with her captaincy, Deepak too voted for Surbhi. Surbhi told Sree that KV and Deepak named her as they wanted to take out their revenge on her for last nights task. Deepak tried explaining Dipika about his outburst at Surbhi during yesterday’s task. Dipika told this to Sree and voted for Deepak and told him that for aggression one should go to jail. At the gong, Sree took Surbhi and Deepak’s name. He said that Surbhi was too overpowering as a captain. At last, he sent Deepak to jail.

Big Boss then asked housemates to name one person who did not deserve to go to the 14th week from the three nominated contestants, KV, Somi and Rohit. There were baskets of these three people and each time someone named them, Sree would throw the ball from that particular contestant out of the door. Surbhi took KV’s name for not taking a stand for him and said that KV agreed that he was unfit for the show. This did not go down well with KV. KV named Rohit and said that he lacked the spirit for the game. Dipika, Somi, Sree, Romil and Deepak too named Rohit for his arrogance and abusive behaviour. Rohit said Sree was being janus faced as he just told him that he saw Rohit in top five. Rohit named KV and said he was confused and did not actively participate in the task. Bigg Boss said that on the basis of votes Rohit was less deserving to enter the next week but it would be ingesting to see tomorrow who people had voted for.

Post the task, KV got upset with Surbhi for naming him but she said that at this stage she would play for herself and couldn’t take Somi’s name as KV has got a huge vote bank. She also told KV to stand up for himself and he replied to her saying that she was no one to tell him that and that he was playing his game. Inside the kaalkothari, Romil tried to decode Sree in front of Rohit and Deepak. He said that Sree was shrewd and a drama queen which got him this far. He said that his relationship with Dipika was also for the cameras as his hate with her didn’t work. Romil said that Sree was far from being genuine and that he has always been controversies favourite child.

Somi spoke to KV about Surbhi and her attitude towards him. She said that KV was completely in her influence just like earlier he was in Dipika and Sree’s influence. KV told her that Surbhi had the mindset of using people. She did that with Romil, Deepak, Somi and now Rohit as she knows that she can not survive alone. KV told Surbhi that he takes time but when he understands he would not forget what the person did to him. KV told Somi that he had learned his lesson the hard way and would not let anyone use him anymore.

Yes, tomorrow is a big weekend as once again SRK and Salman would be together on the show but, the preview also showed Swara Bhaskar and Sumeet Vyas giving the housemates a task that led to fights between them.

Don’t forget to mention in the comments below on who you think should be nominated this week, KV, Somi or Rohit? Keep reading this space to know what happened in the house.