Bigg Boss 12 Written update Day 101: Surbhi Rana does not make it to top five; gets evicted 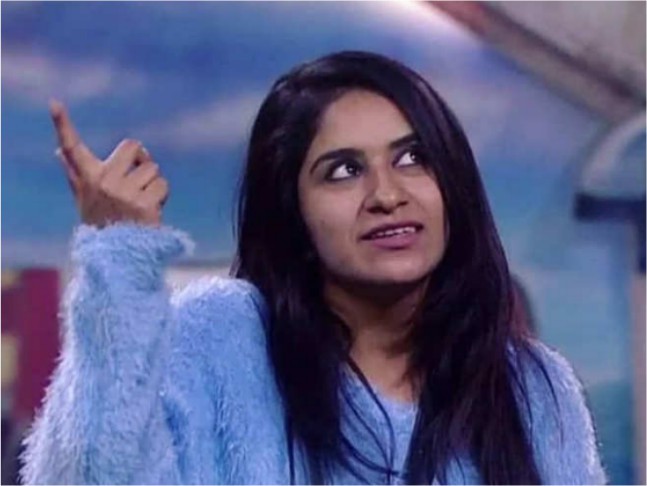 We don’t know if we should be happy or sad, Surbhi Rana is evicted just days before the finale. Now don’t take us wrong we were just hoping Romil got evicted between him and Surbhi, he is no less irritating. Somehow we will agree when housemates say that he gives out negative energy.

Anyways, apart from the midweek evictions, housemates also got a chance to win their remaining 6 lacs back for the prize money. The show ended in a smile as host Salman sent his lucky bracelet as gifts for the five finalists.

Here’s all that happened in the house :

The housemates woke up to the song “paaniwala dance.” Deepak and Sree we’re enjoying the sun gossiping about others when Dipika came out asking for Surbhi Rana. Sree said he was not interested in knowing where she was. Sree and Deepak were napping when BB played the “Cukdokoo” sound. Surbhi asked Romil to wake them up. Romil seized the opportunity and said that they will break his record as they often break the rule by sleeping. Sree and Romil got into an argument and Sree said he was not interested in speaking with him.

Kamya Punjabi, Priyank Sharma and Gautam Gulati entered the house. After Bigg Boss extended a warm welcome to them Kamaya asked the housemates to give their best shot in the last week. Bigg Boss asked them to assemble in the living area. Bigg Boss said that this was the housemates last chance to win the remaining prize money back. He announced the “BB Water Station Task.” KV read out the task. Only three housemates could be chosen for the task. KV and Dipika couldn’t be chosen for the task, as KV was injured and Dipika was the sanchalak. The house was divided into two teams. One team was of Kamaya, Gautam and Priyank. Housemates chose Surbhi, Romil and Deepak from their team. There were two tanks in the garden area and one tap. At each buzzer, water would be supplied in the tap and the contestants of the team would have to fill their bucket and fill the tank. In the end, the team whose tank had more water would win the task and get the remaining six lacs.

Deepak and his team began to strategize their moves. Deepak said he will tamper the tap. Kamaya warned her team about the opponent's aggression. Dipika, on the other hand, asked the trio to keep their aggression under control.  The buzzer rang and Deepak rushed to fill the bucket. After the round, Gautam told Surbhi that she pushed him and that she was a strong girl. Surbhi apologized to Gautam and said that she did not push him.

At the second buzzer, Surbhi and Priyank both fill the bucket. Romil opened the tap of the opponent teams tank and Kamaya warned him to not do it. Gautam tried to convince Surbhi to let them fill the bucket. At the third buzzer, Priyank filled the bucket first and the Surbhi got a chance. Surbhi got upset as the water got over. Kamay spoke to Romil about Somi. She then spoke to Dipika and Sree. Kamaya also spoke to KV and asked him about stealing food. She also told KV that he was not given due credit a lot of times. She recalled how Salman pointed to KV’s contribution in turning Rohit onto their side.

At the next buzzer, an argument broke over who would fill the water next. Surbhi and Gautam filled the buckets. The task got over and Surbhi’s team won the task. Deepak was sitting and started talking to himself. He spoke about his journey so far and about his parents. Deepak then asked KV about what his thoughts of him winning the show. KV said he had high chances. Deepak then asked KV if he was given a chance to take the money and leave should he take it. KV advised him, no and Deepak too felt that he should not betray people’s trust in him and should keep playing till the end.

Bigg Boss asked the contestants to get ready for the eviction and gave them 15 mins to pack their stuff. Sree apologized to the cameras for going overboard at times. The housemates gathered in the garden area. Bigg Boss said that he will first announce two names who were safe. BB announced Dipika and Sreesanth’s name. Bigg Boss asked the housemates to name two people who they think are unsafe. KV, Deepak, Sree and Dipika named Romil and Surbhi. Surbhi named KV and Romil and Romil named Surbhi and Deepak. Bigg Boss then announce KV and Deepak as safe. Left were Romil and Surbhi. He asked them to pour their heart out one last time. Surbhi thanked BB for the opportunity and said that she was a fun loving person. She got emotional and said that she is proud of herself. Romil apologized to the housemates and BB. He said that he has no hard feelings for anyone and especially Surbhi. He said everything was a part of the game and that he loved her.

Bigg Boss announced that on basis of the votes Surbhi was evicted. Surbhi got emotional and said that more than being a winner it was important to be a nice person. Surbhi left the house teary-eyed. Romil was upset with Sree to name him and picked up and argument with him. KV told him to calm down and not create trouble. Romil continued to argue and said that Sree had abused Sanjay Jumani. Sree too got livid and they got into a verbal spat. Dipika asked Sree to calm down and not react.

Deepak went to the storeroom and was surprised to find a note and gifts that host Salman has sent to the finalist. He came out and Sree distributed the lucky blue bracelet that Salman sent for the housemates. The happy housemates wore the bracelet and sang Happy birthday to bhai.

The preview gave a glance of Vikas Gupta and Jai Bhanushali entering the house and throwing tough questions at the housemates. The last time Vikas came Sree got into a spat with him. It would be interesting to see what happens tomorrow.