Advertisement
HomeTELEVISION NEWSBIGG BOSSBigg Boss 12 Grand Finale: Dipika Kakar Ibrahim opens up about her BB journey and emerging as the winner, read inside

Bigg Boss 12 Grand Finale: Dipika Kakar Ibrahim opens up about her BB journey and emerging as the winner, read inside 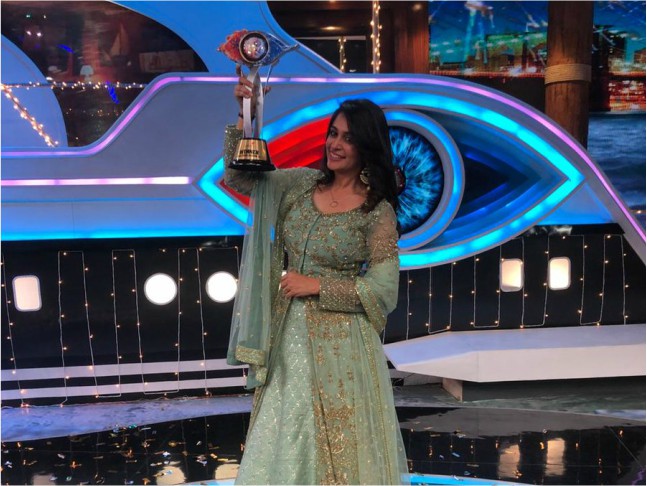 The wait finally got over last night when the Bigg Boss winner was announced and it was none other than television star Dipika Kakar Ibrahim. Dipika, fame of Sasural Simar Ka fulfilled her promise of walking away with the trophy and emerging as the winner of the controversial reality show Bigg Boss‘ twelfth season. After winning the show, Dipika opened up about her journey, what she went through and how it felt after winning the trophy.

Speaking about her win, Dipika in a statement said, "The feeling that follows after being declared the winner of Bigg Boss is something that I cannot put into words. Tackling the various situations that I have experienced inside the Bigg Boss house has given me a lot more confidence to go back and continue being who I am. I was true to myself and worked hard to achieve that."

She added, "Today, as I hold the Bigg Boss trophy, I cannot help but recollect every single day that I have spent inside the house – every task, every circumstance. There is a lot that I am taking back home with me that I have learnt while being a part of this amazing journey of Bigg Boss 12."

Dipika defeated her in-house brother Sreesanth and emerged as the winner. Deepak Thakur became the second runners-up. Romil Chaudhary came third while Karanvir Bohra was announced as the fourth runner-up.