Advertisement
HomeTELEVISION NEWSBIGG BOSSExclusive: 'What he did was wrong,' says Asim Riaz's brother Umar Riaz on Sidharth Shukla's fight with him

Exclusive: 'What he did was wrong,' says Asim Riaz's brother Umar Riaz on Sidharth Shukla's fight with him

Venting out his anger on social media against Siddharth, Umar wrote, “Asim was using the technique of pulling out the sacks and going inside in the 1st attempt (when he was using his own brain) but in next attempt Shukla and team gave him extra pressure of swimming through the top like Arhaan and the poor guy stopped using his brains and also because Sid’s team couldn’t stack up Arhaan’s den properly. They ended up losing the task." 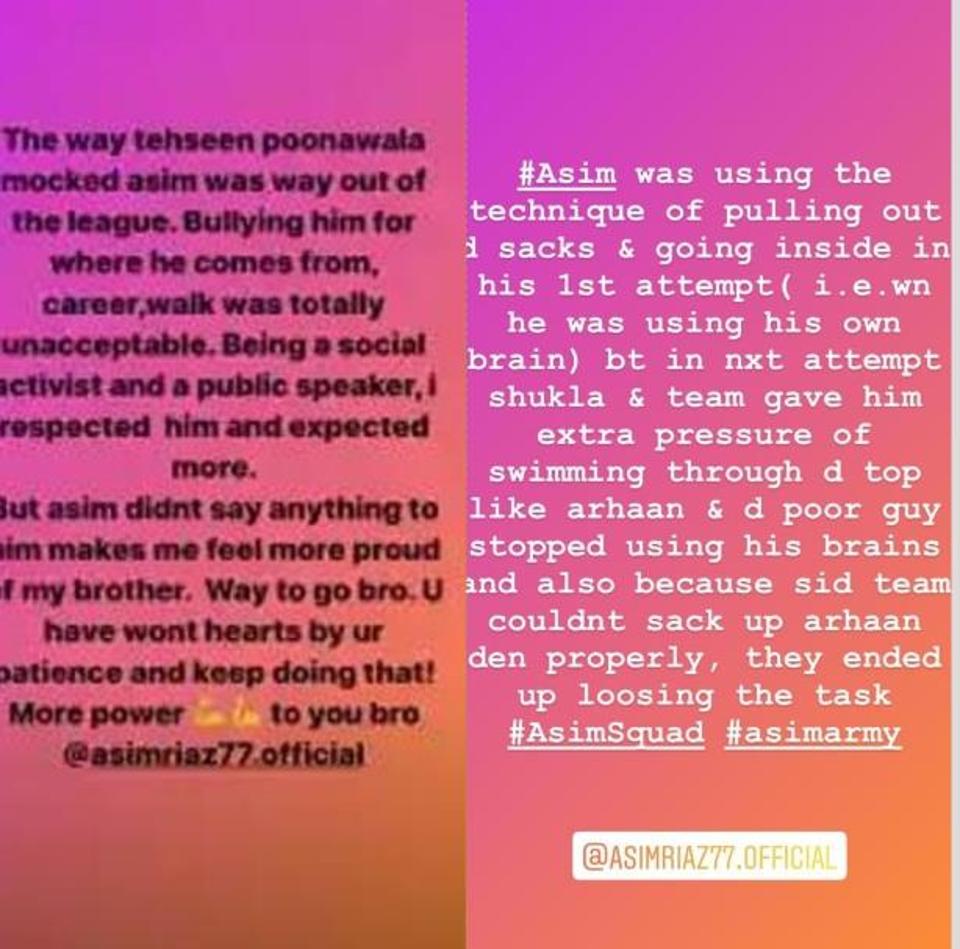 Peepingmoon got in touch with Asim’s brother Umar where he put forth his point of view as a brother and a viewer of Bigg Boss 13, Umar shared in length as who he thinks will win the show and what lead to animosity between the besties inside the house. Speaking exclusively to PeepingMoon, Umar said, “Both Siddharth and Asim are strong contenders. They are alike and different in some way or the other. However, what Siddharth did during the ‘Bori task’ was wrong as he couldn’t strategize the game correctly. We all saw how effortlessly Asim was working to win the task, still, he was accused of not performing well.

When quizzed Umar if there are any chances of Sidharth and Asim patching up soon, promptly came his reply, "Maybe in the coming days we can see Siddharth and Asim burying their differences and talking to each other. As of now, they are not on talking terms.” Lastly when asked who does he think will win Bigg Boss 13 apart from his brother Asim, Umar said, “Apart from Asim, Siddharth, Rashmi, Shehnaaz can win. They have the potential to win as they understand the game inside the house.” 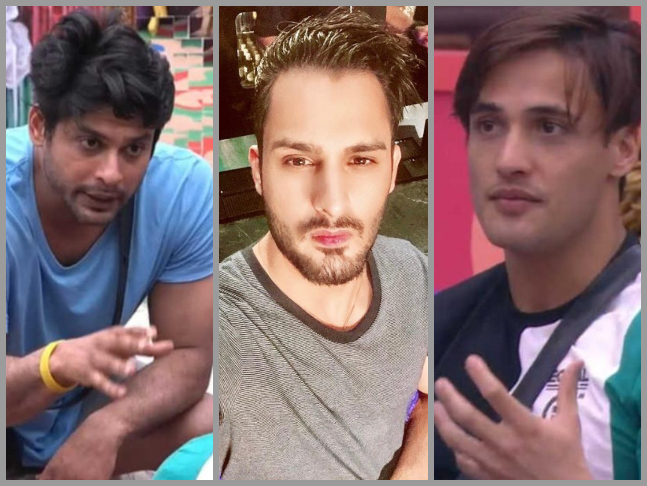 Here’s hoping Asim and Siddharth bury their differences and come to terms with each other soon.