I feel sorry that she has to give her trophy back: Post ‘Bigg Bos 13’ win Sidharth Shukla comments on Shilpa Shinde’s claim to return ‘Bigg Boss 11’ winner trophy 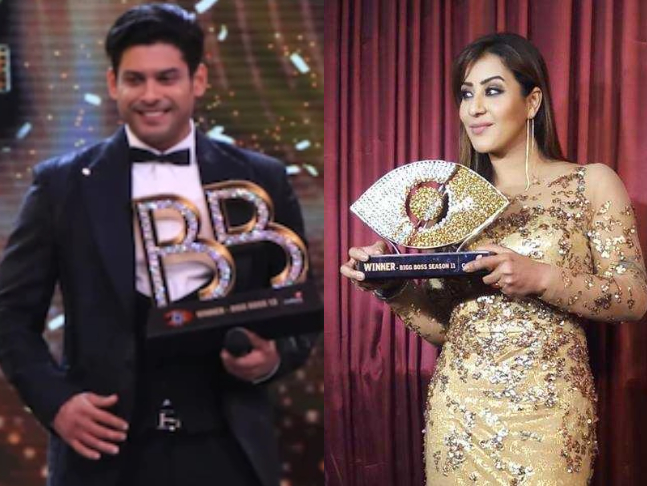 Sidharth Shukla won the highly popular controversial reality show Bigg Boss 13. He was a fan favourite ever since he stepped into the Bigg Boss house. Sidharth won the hearts of the audience with his stint in the serial Balika Vadhu. He also participated in shows like Jhalak Dikhla Jaa and won the Khatron Ke Khiladi trophy in 2016. However, his Bigg Boss 13 win was not without controversy. A channel employee claimed that the reality show was fixed and the real winner was Asim Riaz.

On the other hand, Bigg Boss 11 winner Shilpa Shinde had claimed prior to Siddharth’s big win that he was abusive and aggressive with her when they were in a relationship. She claimed that they dated way back in 2011. She has gone out of her way to support Asim and even voted for him in online polls. She went on to say that she will return her trophy if Sidharth wins the show. Now, Sidharth has given his reaction to her comments. When quizzed about Shilpa’s comments, Siddharth told a portal, “I feel sorry for Shilpa that she has to give her trophy back."

RECOMMENDED READ: We had an affair and Sidharth Shukla was very abusive and aggressive: Shilpa Shinde claims the BB 13 contestant used to hit her

He also spoke about Samir Soni’s comments on his aggression and said, “I don't know the man, I know of the man, but I don't know the man. Things usually don't happen the way you usually want. A lot of times in life I didn't have things go my way. Maybe, unfortunately, things this time didn't go the way he wants."

Well, now all eyes are on Shilpa whether she will return her trophy or not. Twitterati started trending #ShilpaTrophyVapasKaro after her claim and Sidharth’s eventual win. She received a lot of backlash from the netizens for her statements as they said they are contradictory.