Advertisement
HomeTELEVISION NEWSBIGG BOSSYou are working in a show for last 3 years, but people know you only as my 'ex': Paras Chhabra yet again lashes out at former girlfriend Akanksha Puri

You are working in a show for last 3 years, but people know you only as my 'ex': Paras Chhabra yet again lashes out at former girlfriend Akanksha Puri 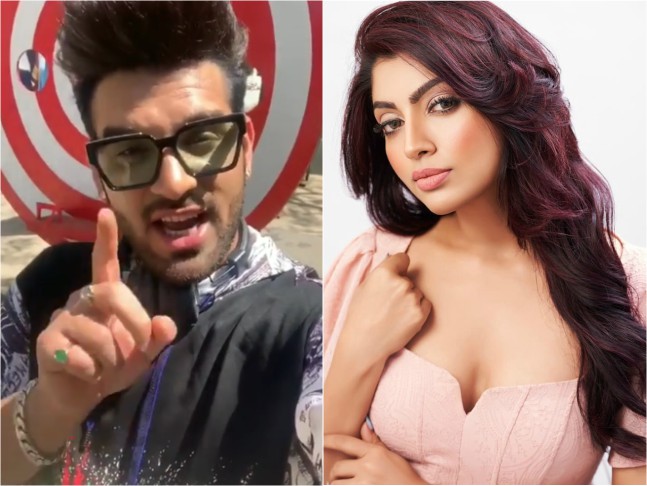 Bigg Boss 13 contestant Paras Chhabra's love life with ex-girlfriend Akanksha Puri came under the scanner while he was in the show ever since he started getting too close for comfort with housemate Mahira Sharma. While in the beginning, Akanksha had chosen to ignore Paras-Mahira's mushy antics and had been supportive of her boyfriend but soon the two ended their relationship. And now, things are turning out to be ugly as the two are constantly using each others' names in interviews and playing the blame game.

Recently, Akanksha had slammed Paras for using her name in his reality show Mujhse Shaadi Karoge and threatened to legally take this to the court. To which Paras said that she should first stop taking my name so that I can also stop replying to the statements given by her. Now in a recent interview with a portal, Paras has directly lashed out at his former girlfriend for allegedly shaming him and “proving to the world that I don’t have money”. He said, “Even you have struggled so much in your career, you are working in a show for last three years, but now people are knowing you only as Paras’ ex. You are telling people that I earn 5 k per day, so what? Everyone starts from scratch and I don’t have any shame in admitting it. You are trying to shame me by telling people about my per day. You are going around saying that you have made me and I was nothing.”

RECOMMENDED READ: 'She should stop first,' says Paras Chhabra after ex-girlfriend Akanksha Puri bashes him for using her name on 'Mujhse Shaadi Karoge'

Further claiming that Akanksha used to manipulate him, he called her possessive and added, “I realised that she had problems when I was with my friends, her co-stars and friends. Soon, I stopped going out I used to just sit at home, work out and watch TV. I couldn’t hangout with my friends as she didn’t like it and she used to say that her friends didn’t like me so I had no option. I was very disturbed in my life because of all this. Also, we had age difference so our mentality did not match.”

After walking out of Bigg Boss 13 finale with a sum of Rs 10 lakh, he was seen in reality show Mujhse Shaadi Karoge.