Bollywood superstar Salman Khan's Bigg Boss 14 is garnering much attention before the premiere. The show is reportedly delayed by a month and is likely to go on air on the first Sunday of October. Since the makers of the controversial reality show released their first promo, buzz around the contestants is keeping fans excited. Now, as per the latest development, Sugandha Mishra, in an interview with a leading daily, confirmed that she is in talks with the team. However, the singer-comedian clarified that nothing has been finalised due to her ongoing show Gangs Of Filmistan. Sugandha asked her fans to wait and watch. 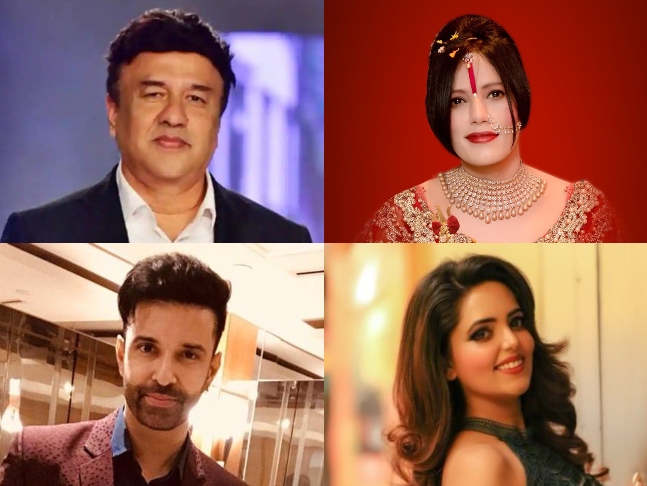 On the other hand, a report in a leading daily has it that MeToo accused Anu Malik and television actor Aamir Ali have been approached for Bigg Boss 14. While Anu has been accused of sexual harassment by Sona Mohapatra, Neha Bhasin and Shweta Pandit, Aamir made headlines for reportedly parting ways with wife, actress Sanjeeda Shaikh. "So far, many personalities have been approached, but so far only two names – singer Anu Malik and TV actor Aamir Ali, have been finalized. On one hand, where Anu Malik was caught on the charge of ‘Me Too’, on the other side, there was a rift in the relationship between Aamir Ali and his wife Sanjeeda Shaikh," the source said.

Reportedly, Radhe Maa aka Sukhvinder Kaur, a self-styled Godwoman is also approached for the show.

Over The Top Meets Over The Top: Karan Johar to host 'Bigg Boss OTT' o