The premiere episode of Salman Khan hosted Bigg Boss 14 is all set to air on October 3. While the makers are trying to get popular celebs to participate in the show, some of its former contestants are reportedly going to enter the Bigg Boss 14 house as special guests.

A leading daily reported that Bigg Boss 13 winner Sidharth Shukla and previous contestants Hina Khan and Gauahar Khan will also enter the house along with some other former celebrity contestants. Sidharth, Hina and Gauahar had gained immense popularity after participating in the reality show and it will be interesting to see all three of them together on the common stage. While Sidharth and Gauahar had won their seasons, Hina came first runner up. 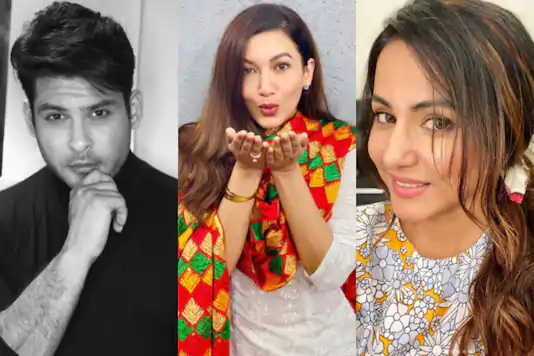 Apparently, they are being paid a whopping amount to enter the house in the early weeks and stay for a longer time. Sidharth has also been roped in to host the show with Salman. Apparently he will be monitoring the contestants and will give comments and opinions on their performance inside the house. It is also being reported that Shehnaaz Gill who had a great chemistry with Sidharth in the previous season will also be gracing the upcoming season with him.

Pavitra Punia, Jasmin Bhasin, Eijaz Khan, Neha Sharma, Nishant Singh Malkani, Shagun Pandey and Sara Gurpal are said to be among the contestants who are confirmed to be in the BB14 house. The show will air Monday to Friday at 10:30 pm, while the Weekend Ka Vaar episodes will air at 9 pm on Saturday and Sunday on Colors TV.