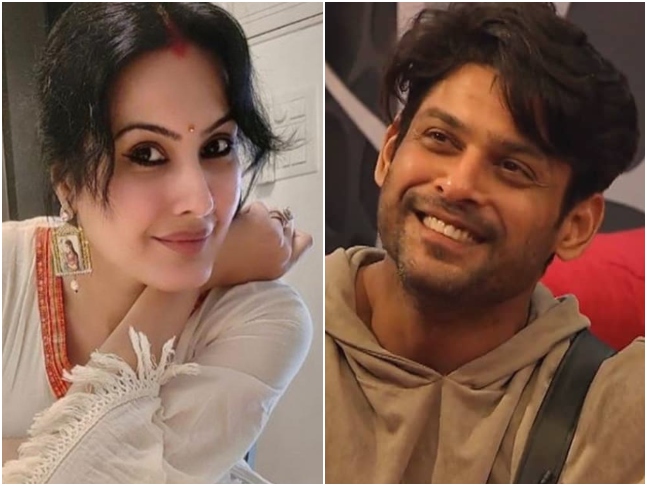 Salman Khan's Bigg Boss 14 premiered on October 3 with a 3 and a half-hour-long episode. The show, in its new edition, has 11 new contestants and three former participants namely Sidharth Shukla, Hina Khan and Gauahar Khan. Sidharth, who won Bigg Boss 13 in February this year, sent his fans into a zone of excitement with the decision to stay inside the house for the initial 14 days with Hina, Gauahar and other contestants of this season.

While fans are indeed happy seeing him put his best forth, Sidharth's supporter and friend Kamya Panjabi felt he is owning Bigg Boss 14 the way he did in the previous season. The actress, on Twitter, said that the Balika Vadhu actor is stealing the show. Kamya wrote, "Is this #BB13 ? This looks like a @sidharth_shukla show again you stealing it again my friend #BiggBoss14 @ColorsTV"

Is this #BB13 ? This looks like a @sidharth_shukla show again you stealing it again my friend #BiggBoss14 @ColorsTV

Kamya supported Sidharth when he was competing against other inmates in Bigg Boss 13. The Shakti actress, who is herself an ex-Bigg Boss contestant, time and again expressed her views about the game and cheered for Sidharth. However, naysayers trolled her brutally but Kamya made sure to give them a fitting reply.