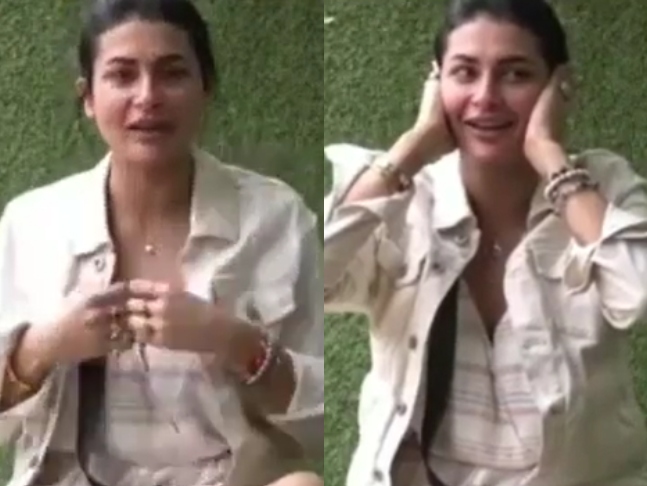 Since the day Pavitra Punia entered the Bigg Boss 14, she has been facing the heat. Paras Chhabra, who was a finalist in season 13, claimed that the television actress was cheating on him and kept the news of her marriage hidden. Soon, Paras' friend and rumoured girlfriend Mahira Sharma lashed out at Pavitra for three-timing and blaming Paras in an interview before going into the Bigg Boss 14 house. Now, during an episode, Pavitra was heard saying that she was dating two men at the same time.

Pavitra, while talking to Rahul Vaidya, Nishant Singh Malkani, Sara Gurpal and Shehzad Deol, said that she was dating two men simultaneously and made sure they didn't learn about each other. In response to this, Rahul asked if she ever mixed their names up. Pavitra further said that she just called them 'baby' to avoid confusion.

Pavitra, before entering the Bigg Boss 14 house, told an entertainment portal, "I don’t really have that much of a controversial past. I just have one ‘sh*t’ in my life and if he has even a bit of self-respect and sense left, he will not enter the Bigg Boss 14 house in my presence and even if he does, he shouldn’t rub me the wrong way or else he would face the dire consequences."