Advertisement
HomeTELEVISION NEWSBIGG BOSSEijaz Khan was once the blue-eyed boy of television and dated an amazing girl but he lost all good things in life: Kavita Kaushik on 'Bigg Boss 14'

Eijaz Khan was once the blue-eyed boy of television and dated an amazing girl but he lost all good things in life: Kavita Kaushik on 'Bigg Boss 14'

Bigg Boss 14 is taking new twists and turns every day. With Eijaz Khan being the current captain of the house, things seem to not be in place as former captain Kavita Kaushik is at loggerheads with him. The two, who initially revealed they were great friends, got into an ugly fight this week. Kavita stated that she was not Eijaz's friend in real life and that he overreacted after seeing her on the show. Eijaz was visibly hurt by Kavita's comments. Kavita blasted out on Eijaz for calling her his best friend given that Kavita has never shared a bond with Eijaz outside the house. Kavita was upset that because of Eijaz she was not able to make connections with the other contestants as they had a preconceived notion about her. Eijaz questioned Kavita while she got agitated and walked off.

Now, in the latest episode, Kavita was seen telling Rubina Dilaik that he was once the blue-eyed boy of television, but where is he now. She further said that he once dated a beautiful and a very amazing girl, but he has always lost good things in life. The conversation started between them about how Kavita tried to alert Pavitra Punia that Eijaz doesn't have feelings for her and she should not get serious. Rubina, Jasmin Bhasin and Kavita also discussed how Pavitra and Eijaz can't be trusted.

For the unversed, back in the day, Eijaz's affair with TV actress Anita Hassanandani on the sets of Kkavyanjali sets was the talk of the town. However, the two parted way after dating for a few years. The reason for their separation is still unknown. 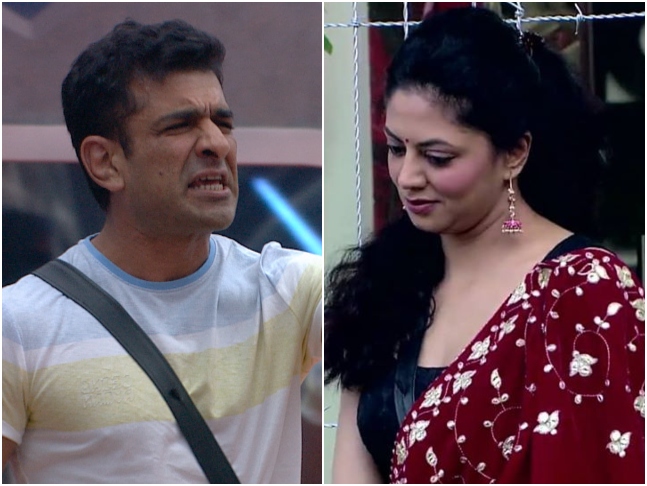 Previously Rubina had passed a rather insensitive comment on Eijaz and said, "Looking at his mental health, I thought you (Kavita) would be a helping guide." Rubina's comment did not go down well with Bigg Boss 14 and Eijaz's fans, who are calling out the actress for being "insensitive" and "trivializing" mental health issues.

Well, looks like host Salman Khan is all set to address these issues in the Weekend Ka Vaar episode tonight.