Jasmin and Rubina fought when Salman asked the housemates about the villain of the house. Rubina took up a fight with Kavita too. While the contestants went against Rubina, Salman appreciated her. 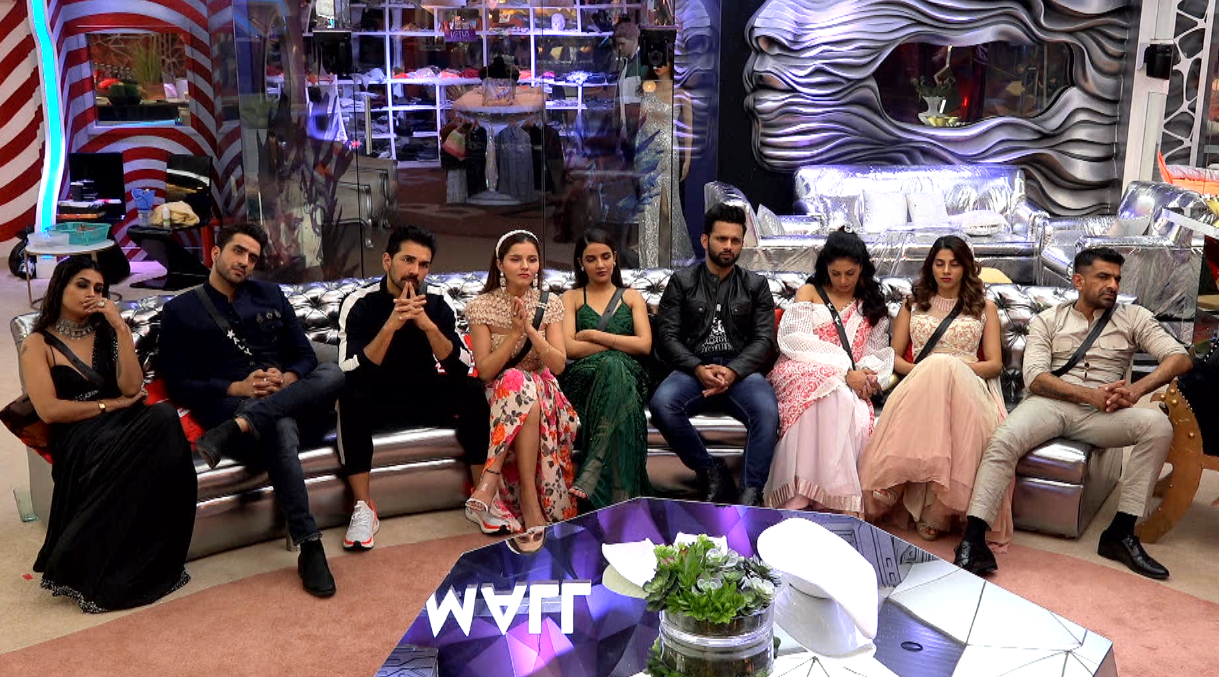 - The Weekend Ka Vaar episode started with Salman announcing the 'Villain Of The House' task. He said the majority of the housemates have nominated Rubina, Jasmin and Nikki. The first to sit on the black chair was Rubina. Firstly, Kavita accused Rubina of being controlling, dominating and alleged that she violated rules every now and then.

- When Salman asked Jasmin about being influenced by others, she started crying saying Rahul and Kavita try to manipulate her but she doesn't pay heed to them. Rubina reprimanded Jasmin and asked her to not overreact. Jasmin said Rubina makes a making a mountain of a molehill. She added that she doesn't consider Rubina to be her friend anymore.

- The next to sit on the chair was Jasmin. Rubina accused her of not valuing their friendship and being immature. Jasmin then said that she was nice to Rubina just because of Abhinav. When Salman asked whether Jasmin has changed after Aly's entry, many said yes. After Jasmin, Nikki was called to sit on the black chair. She was given a chance to stamp a cross on the cheeks of people who she felt are not to be seen on the show. She picked Abhinav, Eijaz and Pavitra.

- After the round of accusations, Salman praised Rubina for showcasing her real self and taking a stand. He said she didn't disappoint anyone. The host announced that Rubina is the first confirmed finalist. He further asked the housemates to name the other three contestants with 'aapsi sehmati'. As expected, they couldn't decide on three names.

- Salman then announced a fun task. The housemates had to put up an event and had to pen down taunt-filled poems for each other. Eijaz, Pavitra, Abhinav and Nikki were the judges. While the contestants were preparing for the task, Aly told Rubina that Kavita said to Jasmin that she called her arrogant. Rubina went to the bedroom to confront Kavita. The latter clearly denied and said that she didn't name the former but Pavitra. Pavitra lashed out at Kavita for misquoting her. Kavita yelled at Rubina for ruining everyone's mood. Rubina slammed Kavita for backbitching.

- When Rubina left the bedroom, Kavita mocked Rubina. Jasmin asked Kavita to look at her behaviour and way of talking before mocking others. Rubina and Kavita continued fighting.

- During the performance, the contestants had to roast each other. Kavita and Rubina won the task with maximum stars.

- Salman ended the episode by saying that though the finale is next week, the season won't end.

Bigg Boss 14 Promo - Do not come close to my wife: Abhinav Shukla warn

Bigg Boss 14: Rashami Desai get into a Twitter war with Jasmin Bhasin, says 'seems like u want to create some Tamasha'