We’re buzzing with excitement as the Asli Adda for Bigg Boss- Bigg Buzz on Voot  is back with a brand new episode discussing all the latest gossip about the explosive Bigg Boss house. Marvellous host Karan Wahi welcomed the evicted contestant of the week – Pavitra Punia to the show. He asks her about her experience inside the house to which he felt that it was “Takleefdeh and Khoobsurat”. For her, her journey inside the house was beautiful because of the tuning she had with Eijaz Khan. "Nikki- Kavita sirf abhi ek dusre ka kandha hai, time aane parek doosre ko udaa denge.". "Ali jabse ghar mai aaye hain, unko sirf ek pact chahiye tha , jo nomination se bachata hai , aur captain banke immunity dilate hai, toh Aly ne Rahul ko pakda".

During her last week in the show, she felt that she was a felt a lack in morale because of the fight she had with Aly during the captaincy task between Kavita and Jasmine. On the flip side, during a game that Karan played with her, Pavitra mentioned that Eijaz was the only contestant who made her feel like she was at home. Among other heart-warming gestures, the sweetest one was when he made Chapati for her while they were inside the red zone. As for the next elimination, she predicted that the next person to be evicted would be Abhinav. 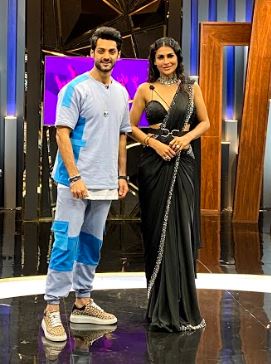 To add to the fun, Karan greeted the celebrity guest of the episode – Shefali Jariwala. Shefali felt that the contestant’s energy seems a little low and she misses the element of friendship inside the house the most. One being asked by Karan whom she is supporting inside the house, she clearly mentioned that every week her favourites keep changing. She revealed her views about the housemates, saying “I liked Nikki initially as an audience. She was a strong personality”. She further added, “I like Eijaz cause vo solo khlene ki himmat rakhte hai, but abh mai dekh rahi hoon ki voh bhi thak rahen hain and till now people inside the house aren’t taking him very seriously”. On wild card entry Aly Goni, she stated, “Aly ko dekh ke Paras ki yaad aati hain. Aly mai mujhe doglapan lagta hai jo manipulate karte hai logon ko”. Her take on singer Rahul Vaidya included, “Rahul ek aise Khiladi hai jo manipulate bhi karten hai, aur manipulate hote nahin hain. I love his one liners!” 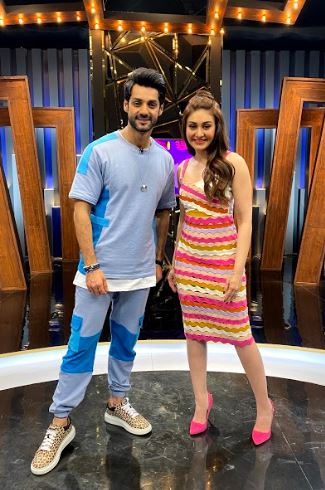 From an audience perspective, she would want to see Eijaz and Kavita as friends and it would look exciting. During a amusing game, she mentioned that Abhinav is the #KacchaNimbu inside the house, Kavita the #Pataka , Niki is the #AastinKaSaanp.