Bigg Boss 14 contestant Pavitra Punia's eviction came across as a major shock to the audience. The actress put forth a strong game in the show and made headlines for her equation with finalist Eijaz Khan. While they had their own romantic moments, their showdowns were violent. Pavitra, since the day she entered the house, grabbed attention for her love life. Recently, a man named Sumit Maheshwari claimed that he is married to her and she cheated on him frequently. Now, as Pavitra is out of the Bigg Boss 14 house, she spoke about the matter during an interview with a leading daily.

Pavitra told the daily that she is still remembering the moments spend with Eijaz and is watching the live and uncut videos of Bigg Boss 14. The actress said she will give an answer to the issue soon but as of now, she doesn't want to make her memories with Eijaz clumsy. "I will come up with an answer very soon. Honestly, it is not very important for me. All I can say is, it's good to ride on someone's limelight. For now, I have no comments on this topic but I will speak on it very soon. As of now, I am in the memories of Eijaz. I am just seeing the live and uncut videos and watching how much he is missing me. I am enjoying that part and I don't want to make my memory clumsy because of these stupid topics," Pavitra told. 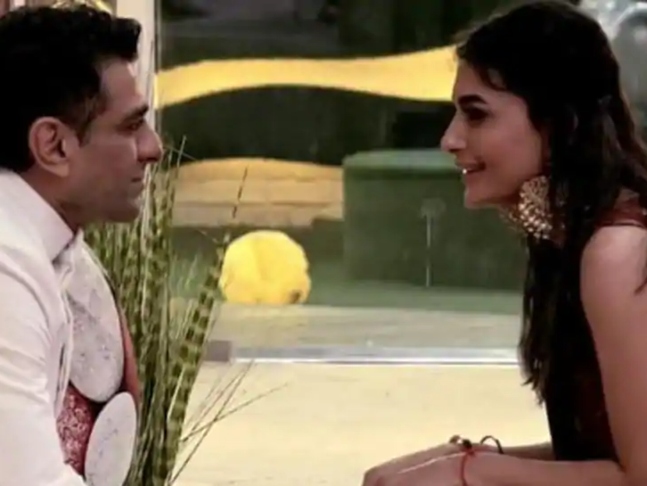 Recommended Read: Bigg Boss 14: Pavitra Punia and I are still husband and wife, she didn't disclose it and had affairs: Sumit Maheshwari

Sumit came out in the open after Pavitra called him her ex-fiance while talking to Kavita Kaushik. In an interview, he told, "We are still husband and wife. We got engaged and we were married also, but she didn’t disclose it." Talking about Paras Chhabra, who is Pavitra's ex-boyfriend, Sumit said, "I had texted Paras when I found out about their relationship.  told him that you can be in a relationship with her but wait till we get a divorce. My family is involved. I still have a tattoo of her on my hand. Nothing has changed from my side." Before entering the house, Pavitra said in a statement that Paras, Bigg Boss 13 finalist, was a mistake. He then told a daily, "Pavitra has rightly said that Paras was her mistake because a married woman can’t be dating and fooling me. It was alarming to know this when her husband messaged me and said you both could be with each other as much as you want but only after my divorce with her. I confronted her and she agreed, then I got to know one after other shocking revelations about her. I don’t want to open my mouth right now. I could be explosive right now, but time will tell and it will show during her stint in BB. If I open my mouth things can go against her and it won’t be good. She hid about her marriage from me."