The Weekend Ka Vaar episodes are always an exciting time in Bigg Boss where host Salman Khan introduces a slew of entertaining tasks for housemates. There are also some really amazing guests who grace the show and up the fun levels in the episode! 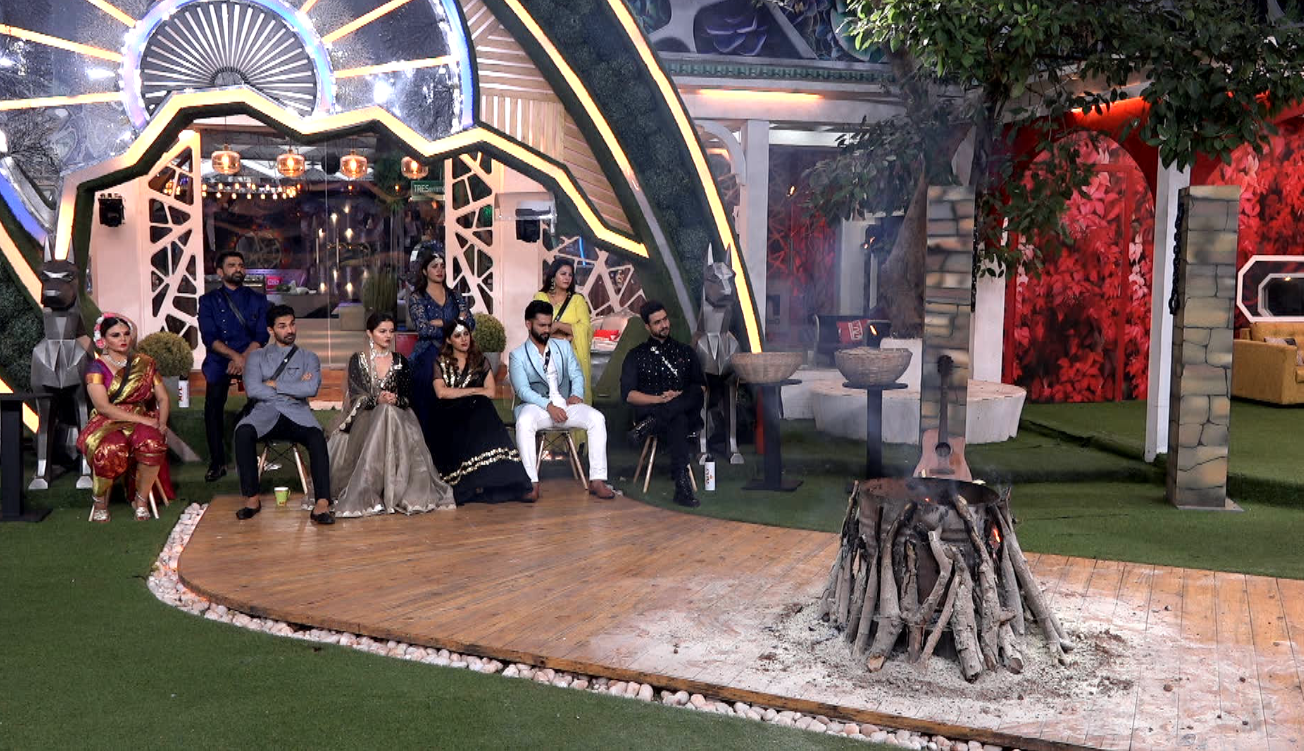 - The episode started off with the housemates celebrating Lohri with a twist. They had to pour revdi in fire and also tell their weakness and name the person who took advantage of this.

- Sonali named Rubina and Abhinav while Arshi named Eijaz. Eijaz said that Nikki has hurt him the most and would now trust people on their face value. Aly also named Nikki while Rahul named Abhinav. Nikki promised to herself that she won't be rude to anyone. She said that many contestants have taken advantage of her. Rubina said that people have taken advantage of her genuine concern, especially Eijaz and Rahul. 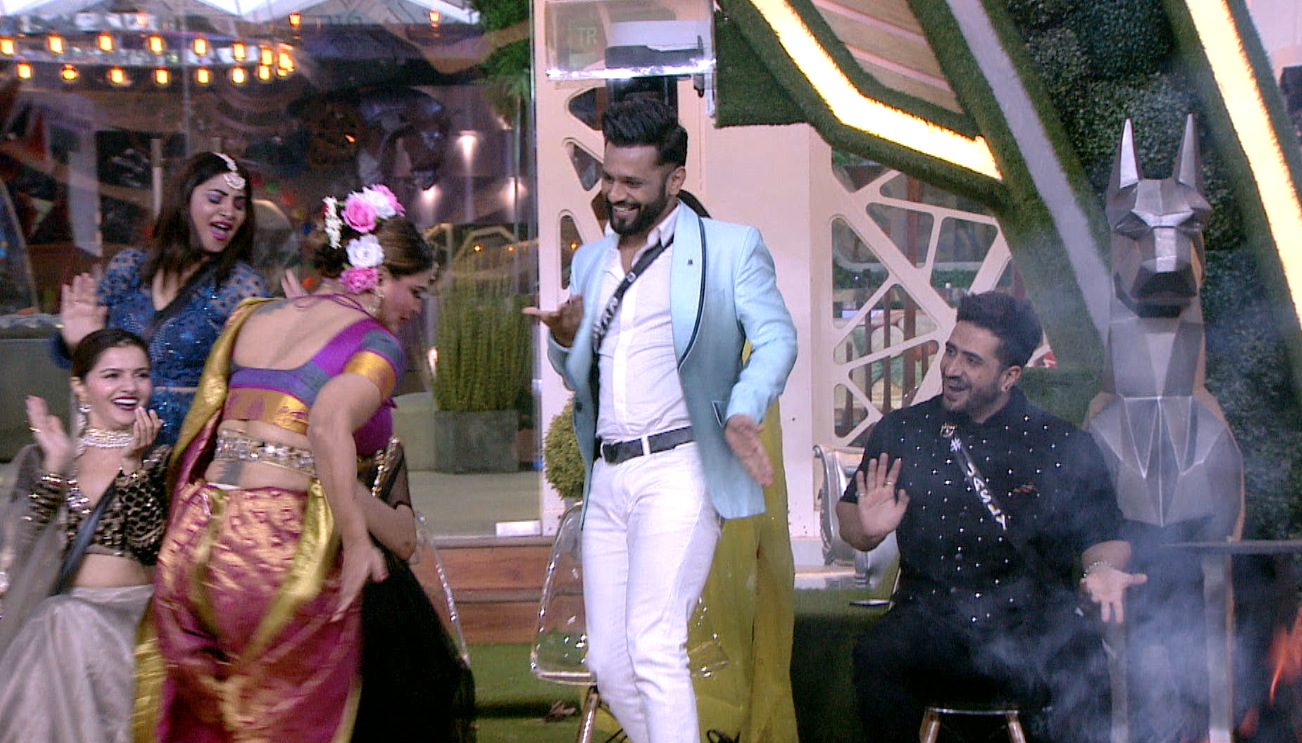 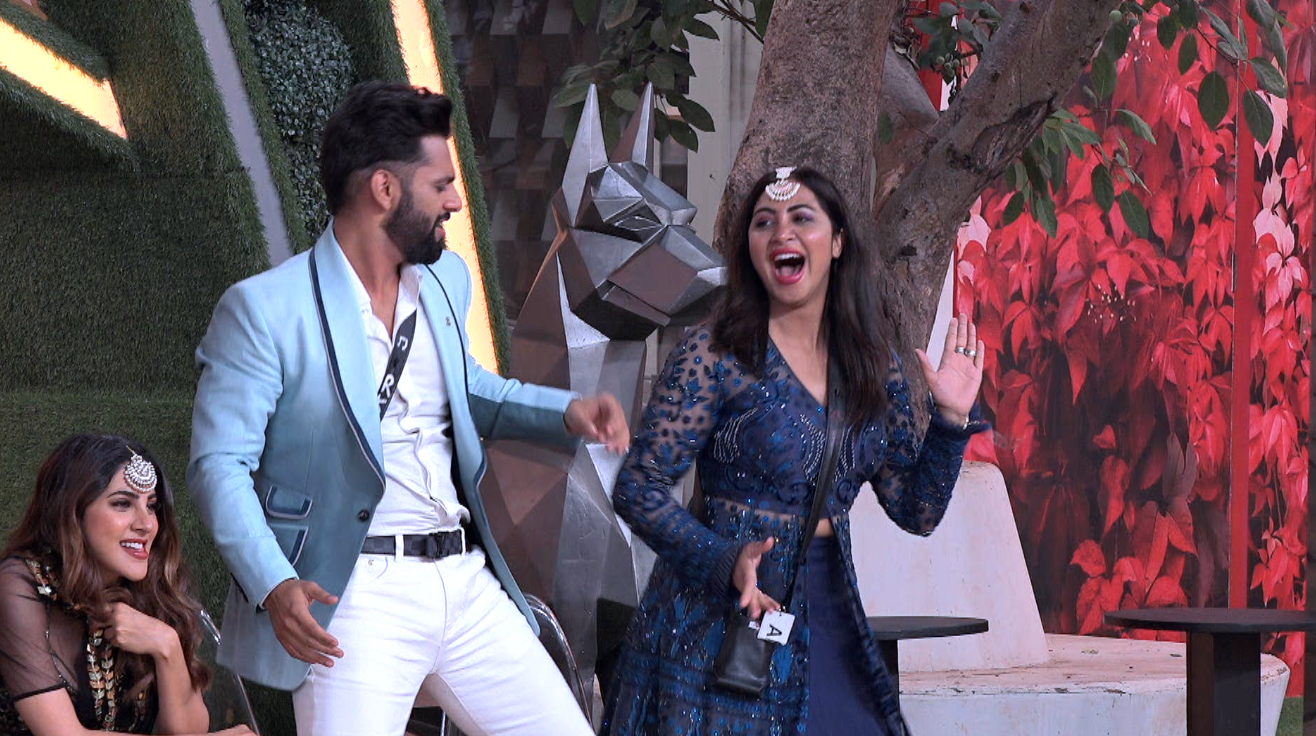 - When Salman asked Sonali to perform, she sang Ehsaan Tera Hoga. Salman was then seen pulling Aly Goni's leg, as Sonali had dedicated the song to him. Rahul sang Jhoom Barabar Jhoom. Salman asked Aly and Sonali to dance to Pyar Dilon Ka Mela Hai. Soon, Salman shook a leg with them virtually. 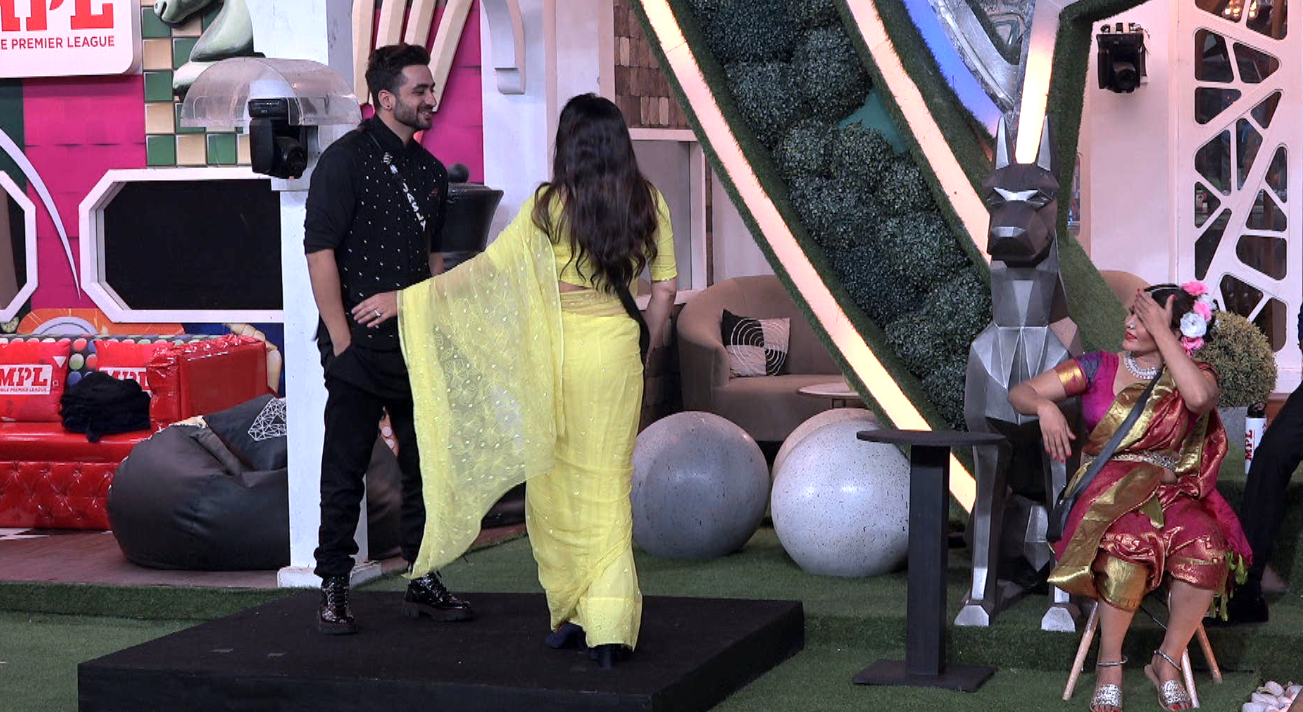 - Harrdy Sandhu and Sargun Mehta were next to enter with an interesting task. The housemates had to name their fellow contestants who have cheated them and had to feed them fareb ke laddoo, which were actually chilli laddo to the erring members.

- Nikki named Rahul as her ‘Farebi’, and Rahul in return fed her mirchi ka laddo. Sonali and Arshi chose to feed the laddoo to Rubina, who is almost overwhelmed with an overdose of the spicy snack. When Rubina threw Arshi's laddo, Salman reprimanded her for being unsporting. 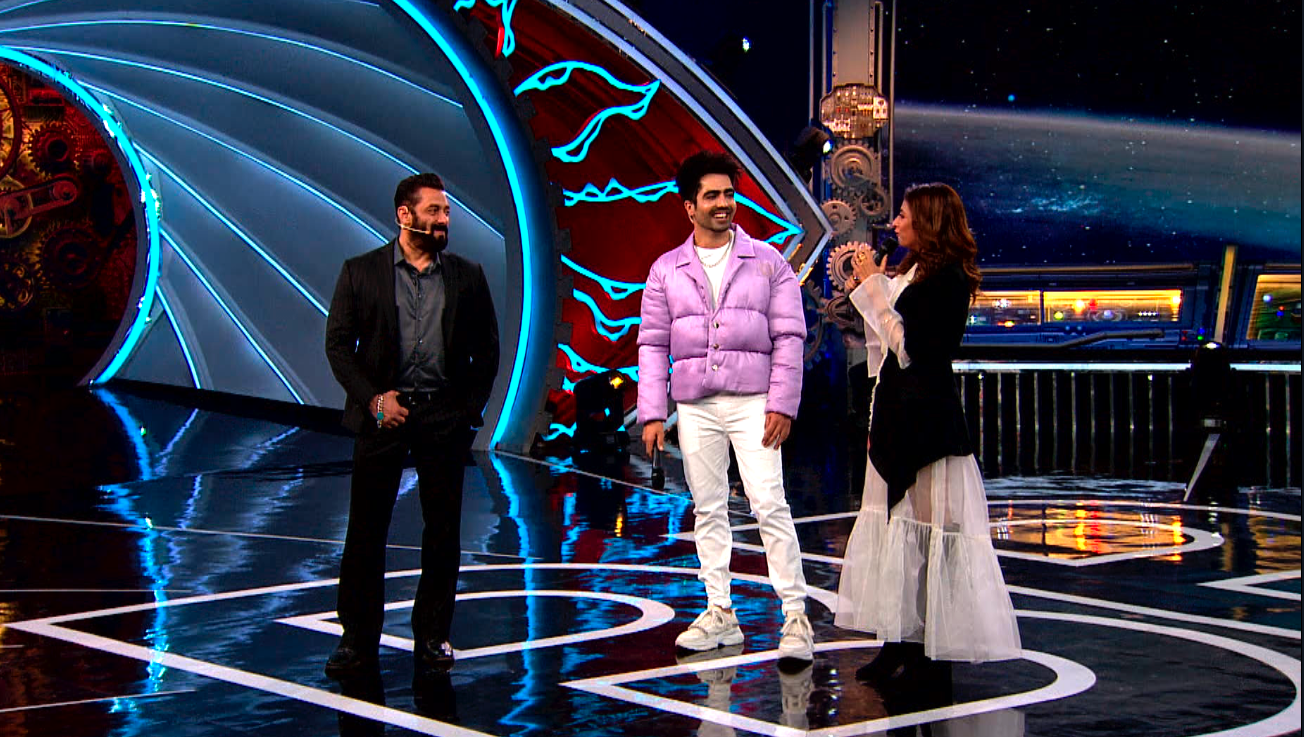 - Salman asked housemates to spray the nominated contestants with water who they would want to leave the house. Aly, Rakhi, Rahul, Sonali, Rahul, Aly named Nikki Tamboli while Abhinav named Rahul Vaidya as the negativity of the BB house. 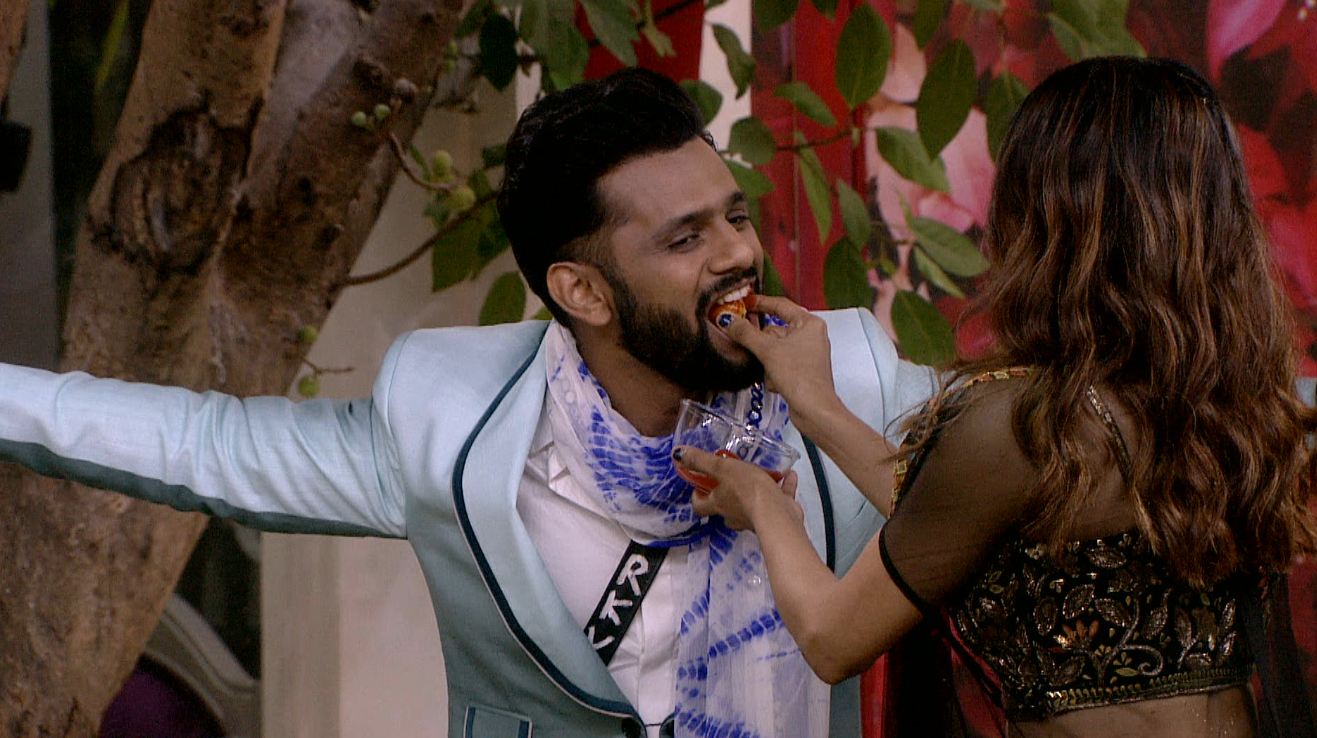 - Later, Salman Khan announced that no one will be eliminated this week but the nominations would be carried forward in the next week. He also said that housemates will be punished for taking the show lightly from next week onwards.