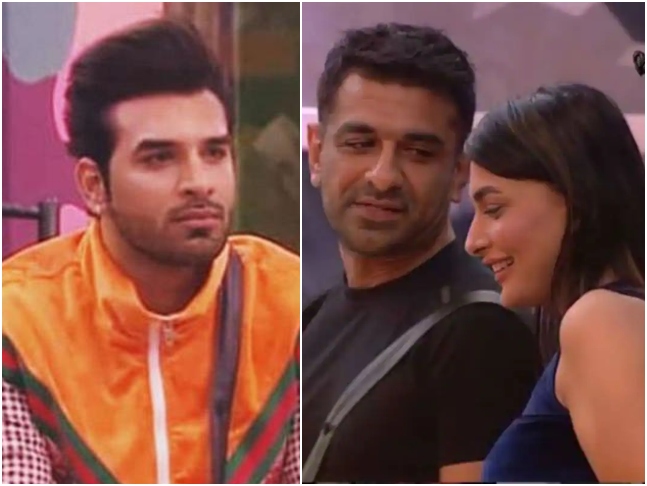 Paras Chhabra entered the Bigg Boss 14 house with much enthusiasm to support Devoleena Bhattacharjee who is playing as Eijaz Khan's proxy. After meeting the housemates, Paras spent some time with Rakhi Sawant. The two had a discussion about former Bigg Boss 14 contestant Pavitra Punia. Paras and Pavitra were in a relationship. Rakhi asked Paras about their breakup and said she was shocked to know that Eijaz confessed his love for Pavitra in the house.

Recommended Read: Bigg Boss 14: Eijaz Khan opens up about Paras Chhabra's remarks on Pavitra Punia, feels 'everyone has a past, we choose what to react to'

Paras, who was a finalist of Bigg Boss 13, said he had to disclose her truth publicly when she spoke ill about him before entering the show in October 2020. He added that he prays for Eijaz. Rakhi said, "Are wo (Eijaz) to bechara sapne dekh ke baitha hai shaadi ke." Paras added, "Wo hi to main sochta hu. Bhagwan uska bhala kare."