Bigg Boss 14 is inching closer to its finale and fans are rooting for their favourites. Currently, Devoleena Bhattacharjee (Eijaz Khan's proxy), Rubina Dilaik, Nikki Tamboli, Rahul Vaidya, Aly Goni and Rakhi Sawant are in the race to win the trophy. Out of these contestants, Rubina has been making a maximum buzz on social media. The actress has emerged as a strong contestant who fears no one. Not just her fans, but several Bollywood celebrities have extended their support to the Shakti actress for her individuality and fearless attitude.

One of them is Bipasha Basu. The Bollywood actress, on her Instagram stories, appreciated Rubina and said she deserves to be the winner. "Watched #biggboss14! This girl @rubinadilaik16 is one hell of a strong girl! Should surely win. Best of luck to her," Bipasha wrote. 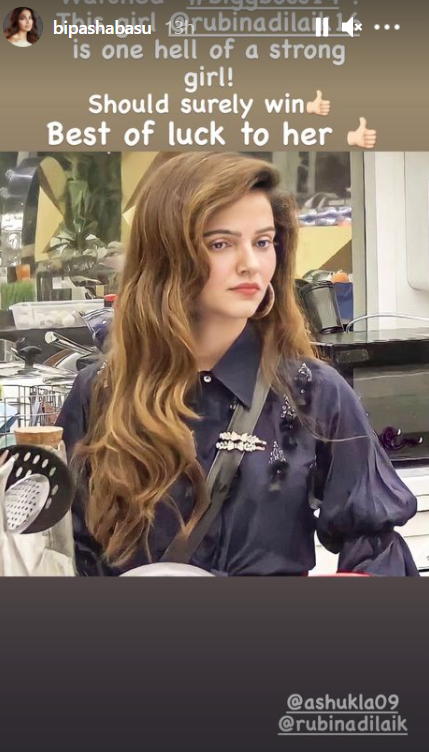 Rubina had entered the Bigg Boss 14 house with her husband Abhinav Shukla. He was evicted by the housemates' connections on Monday. The actress, in the show, opened up about her troubled marriage, fought for her husband's respect and put forth her point clearly without worrying about adverse consequences. Indeed, Rubina has managed to impress everyone. In fact, Google also named Rubina as the winner of Bigg Boss 14.

Mrunal Thakur to play the role of Sita opposite Dulquer Salmaan in her Telugu debut film, shares first look on birthday