Sunday's episode was all about Devoleena, who entered the house as Eijaz Khan's proxy, getting eliminating.

- The episode began with Rahul Vaidya singing Yaad Teri and dedicated it to girlfriend Disha Parmar. He got emotional while saying that it would be nice if she comes even for 30 minutes.

- He said that he respects Disha's decision for not entering the house as his connection. Salman said that she might have wanted to keep her life private. He said that he spoke to his brother Amit and asked him to sort it out when he comes out. Toshi Shabri dedicated a romantic number to his wife Aamna. 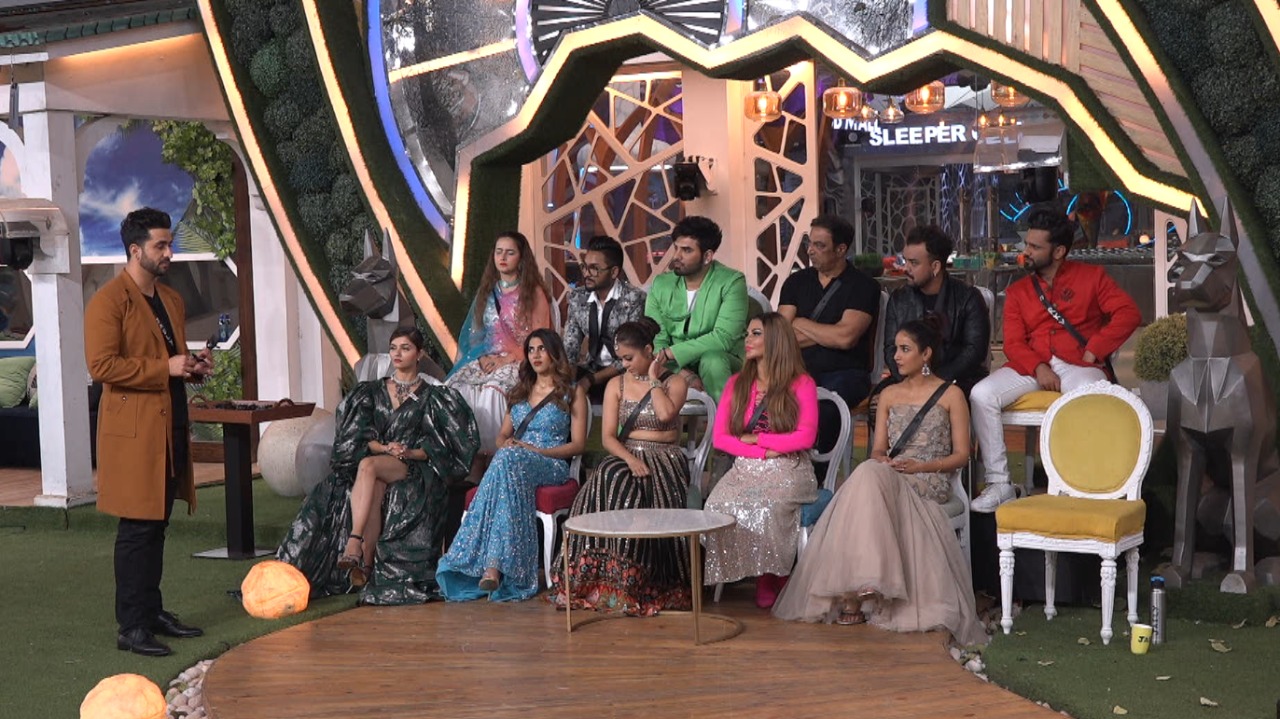 - Jaan Kumar Sanu sang Pyar Deewana Hota Hai, Samjhawan and Jab Koi Baat Bigad Jaaye. Devoleena was seen getting emotional listening to such beautiful numbers. Salman complemented Jaan and said that he entered BB 14 as a boy and now he has become a man and has become responsible.

- Salman asked Devoleena why was she crying to which she said that she is missing her 'Shonu'. He asked if it's a he-dog or a she-dog. Devoleena said that she was talking about her boyfriend and not her dog. Salman was seen pulling her leg. Devoleena then sang Lag Jaa Gale. 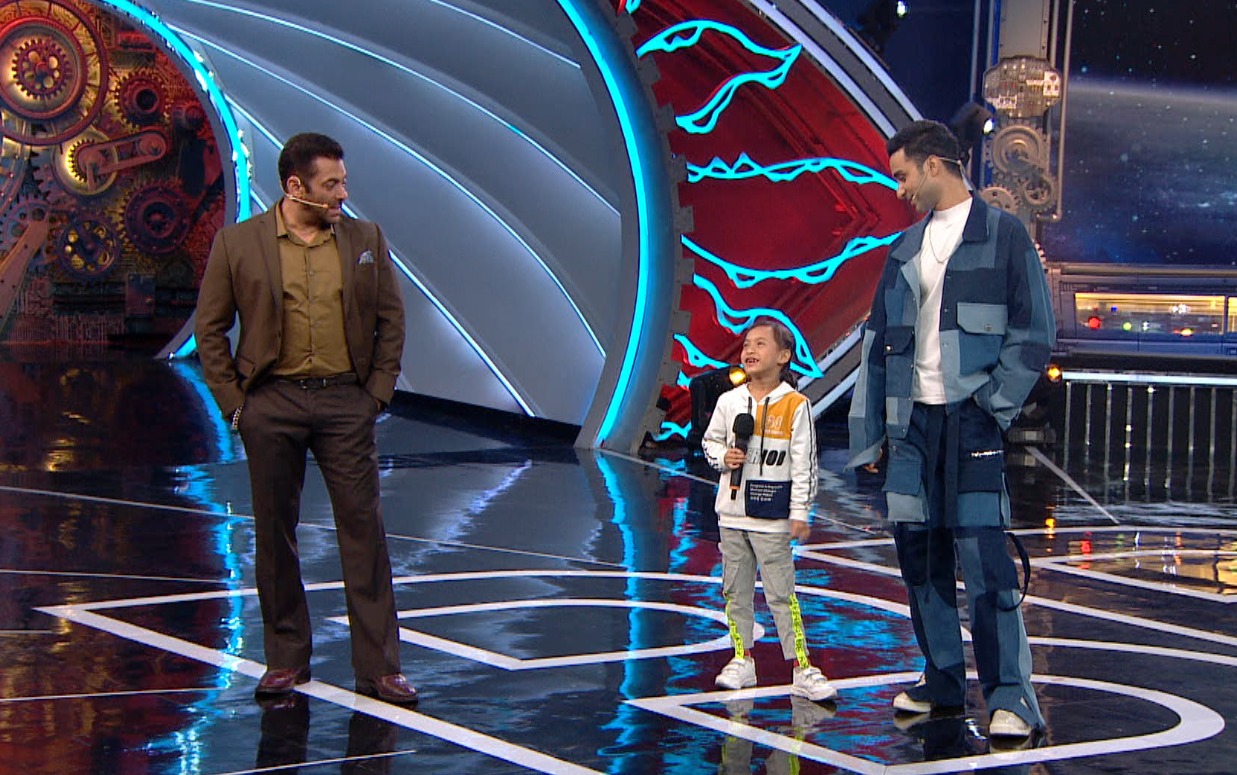 - Bigg Boss housemates were given a task with a difference this Valentine's Day. Instead of red roses, contestants had to give a black rose to each other along with their reasons. Rakhi and Devoleena gave it to Rubina, Aly and Rubina gave it to Rakhi, while Nikki gave it Aly and Rahul gave it to Nikki.

- Next, Salman asked Rahul to sing his composition for Aly and Jasmin. While Rahul sang, Jasmin and Aly shared a romantic dance. Later, Salman teased Rahul by saying that Disha has broken up with him.

- Soon, a band entered the house followed by Disha Parmar. Rahul was beyond happy to see Disha in the house. The lovebirds were twinning in red. They wished each other a happy Valentine's Day. 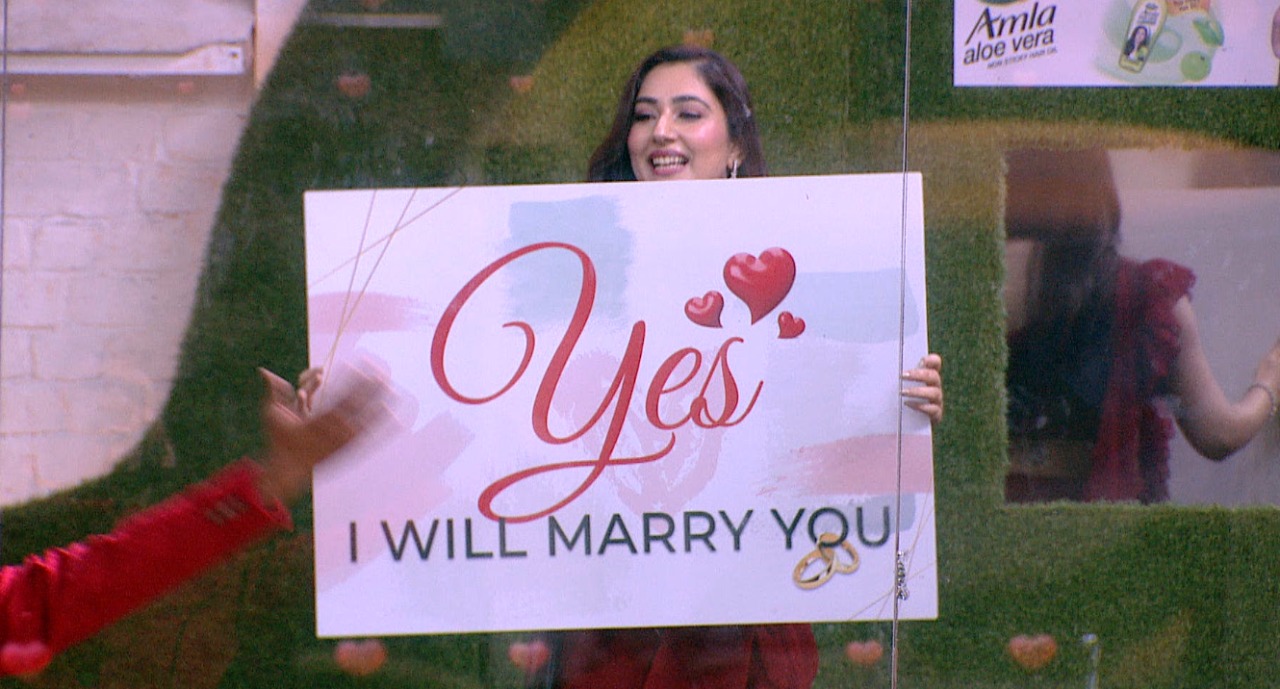 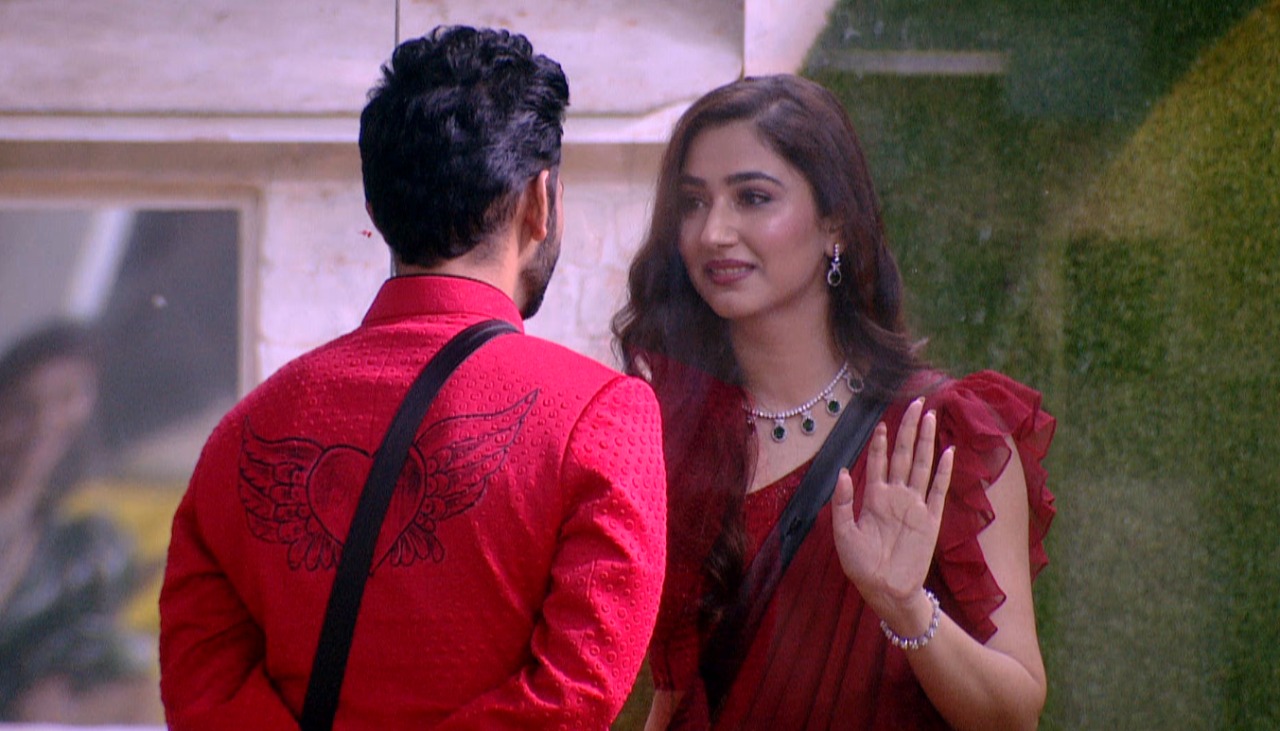 - Next, Salman Khan showed a glimpse of Bigg Boss 14 trophy. He then announced that the supporters will now have to leave the BB house. Housemates gave a warm farewell to their connections.

- This week, Rubina Dilaik, Devoleena Bhattacharjee, Aly Goni and Rahul Vaidya were nominated for elimination. Salman announced Rubina Dilaik's name. Housemates were shocked. However, soon Salman announced Devoleena's name as the evicted contestant. She hugged everyone and left the house. Later, Rahul was seen talking to Rubina about Disha.