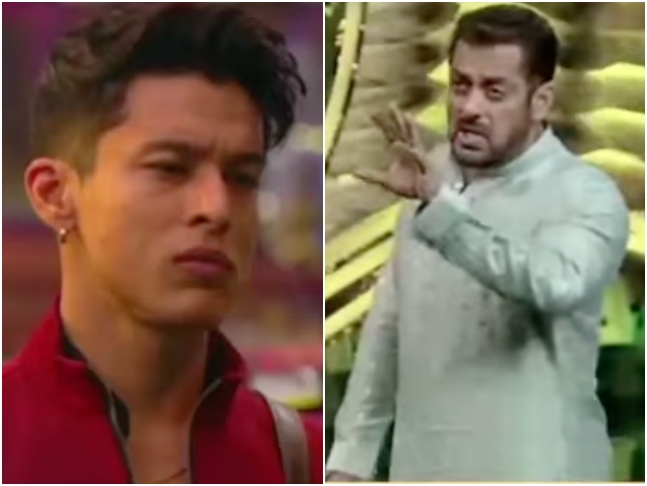 From the looks of it, seems like Pratik will be Salman's target tonight. In the promo, Salman is seen bashing Pratik for unlocking the bathroom door from the outside while Vidhi Pandya was taking a bath inside. This did not go down well with Salman and he slammed Pratik for his act. He said, "Pratik keheta hai ki agar meri maa meri behen hoti bathroom mai tabhi mai yeh karta game ke liye. Matlab game is above mother and sister. Vidhi chahati toh aapki dhajiya udha deti. Agar meri behen hoti toh mai aapki ****"

Recommended Read: Bigg Boss 15: Pratik Sehajpal breaks the lock of bathroom while Vidhi Pandya was taking a shower; Karan Kundrra, Tejasswi Prakash and others come out in her support

For the unversed, in Friday's episode, Pratik broke the lock of the bathroom in which Vidhi was taking a shower. Making the actress uncomfortable, Pratik fidgeted with the lock before breaking it. Vidhi bashed the BB OTT finalist for the incident and informed all the junglewaasis about it.