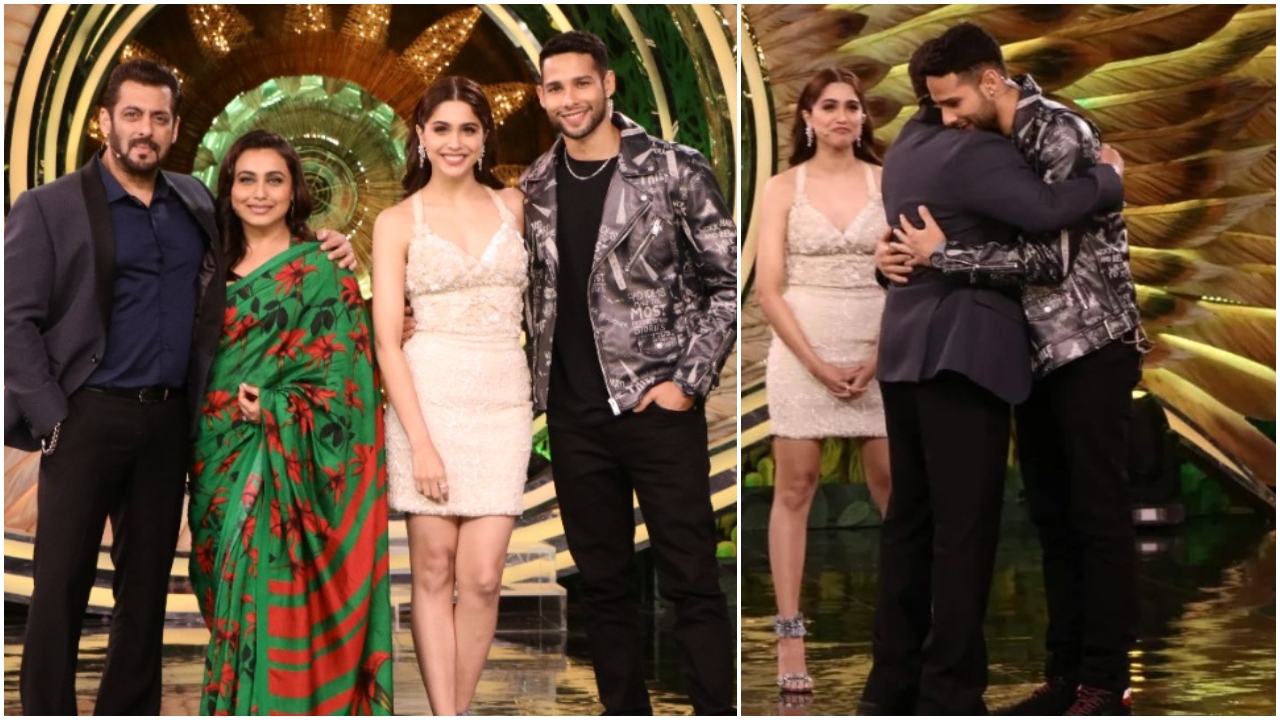 It could happen when you least expect it: walk into a room and there is your idol right in front of you! Few moments in life are as special as the one when you get to meet your idol. This weekend on COLORS’ ‘BIGG BOSS’, ‘Bunty Aur Babli 2’ star Siddhant Chaturvedi lives this special moment as he comes face-to-face with our ‘Dabangg’ host Salman Khan! Accompanied by his co-stars Rani Mukerji and Sharvari Wagh, Siddhant goes on to express his feeling of euphoria upon meeting Salman.

Siddhant has been a Salman Khan fan all his life and gets overwhelmed with emotions as he joins Salman on stage. Siddhant gets emotional and reveals how he is a fanboy, and tells the host how honoured he feels to be finally standing beside him! Rani observes how visibly nervous Siddhant feels at that moment and tells Salman how much everyone loves him. Salman is touched by Siddhant's love for him and gives him a tight hug as goes on and appreciates Siddhant's performance in his previous movie. While the 'Gully Boy' star arrives at 'BIGG BOSS' to promote his new film, he leaves with a memory that will stay with him forever!

Catch many more of these amazing moments by watching ‘BIGG BOSS’ presented by TRESemmé, powered by Knorr and Dabur Dantrakshak Monday to Friday at 10.30pm and Saturday-Sunday at 9.30pm only on COLORS!