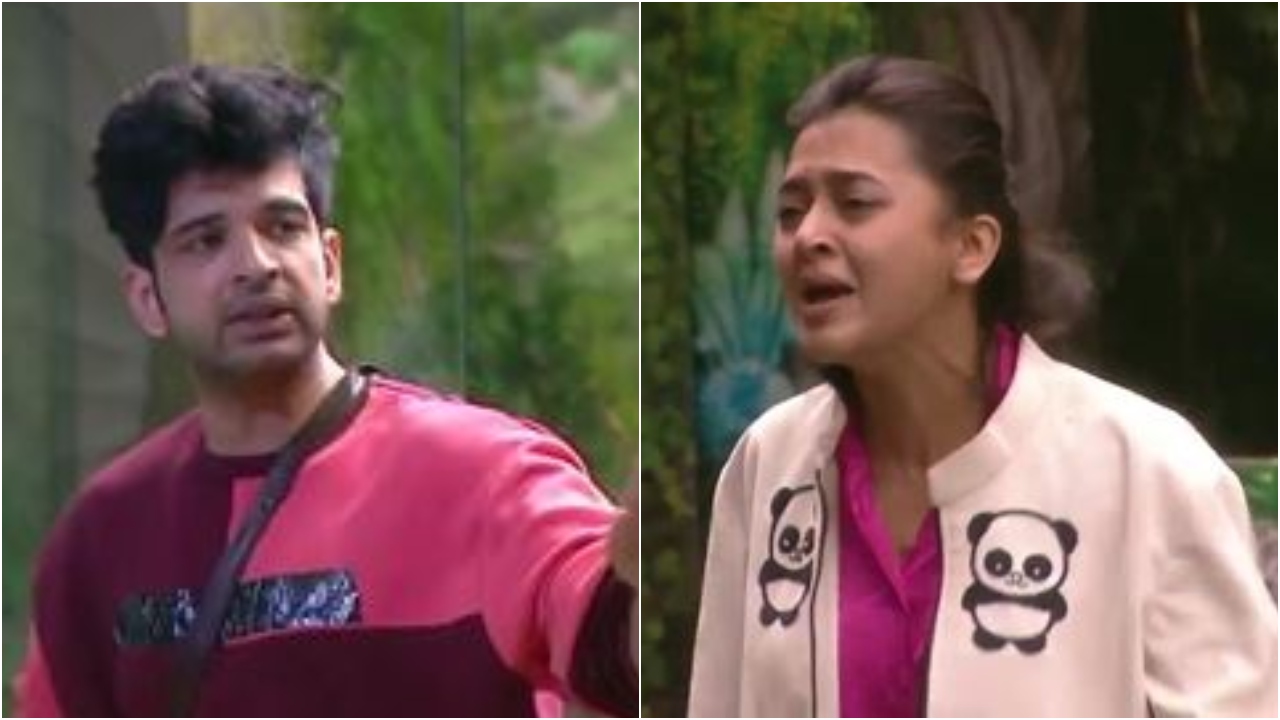 The Ticket To Finale race in Bigg Boss 15 is changing the dynamics between housemates.  Karan Kundrra, Tejasswi Prakash, Nishant Bhat, Pratik Sehajpal, Umar Riaz, Devoleena Bhattacharjee, Rakhi Sawant, Rashami Desai, Shamita Shetty, and Abhijeet Bichukale are competing for the trophy. In the recent episode, Shamita and Pratik were against each other in a task. Karan and Umar decided to make the former the winner of the task. This didn't go down well with Tejasswi.

Karan and Tejasswi, who are believed to be in a relationship inside the house, had a major fight. In the latest promo, Tejasswi can be seen yelling at Karan for his decision. The actor got offended when she called him "kamzoron ki nishaani" during the task. When Tejasswi asked if that statement annoyed him, Karan chose to walk away. After ignoring her, Karan finally replied. The fight aggravated. Towards the end, Tejasswi was seen crying in front of Nishant and Pratik. She said, "Who talks to their girlfriend like that?"

Recommended Read: Umar Riaz eliminated from 'Bigg Boss 15' after getting physical with Pratik Sehajpal? The new promo suggests so!

Karan, Umar, Rashami and Shamita are said to be the winners of Ticket To Finale. The tasks were assigned to the housemates by Surbhi Chandna, Munmun Dutta, Vishal Singh and Akanksha Puri. Rakhi has already made a place for herself in the finale week.