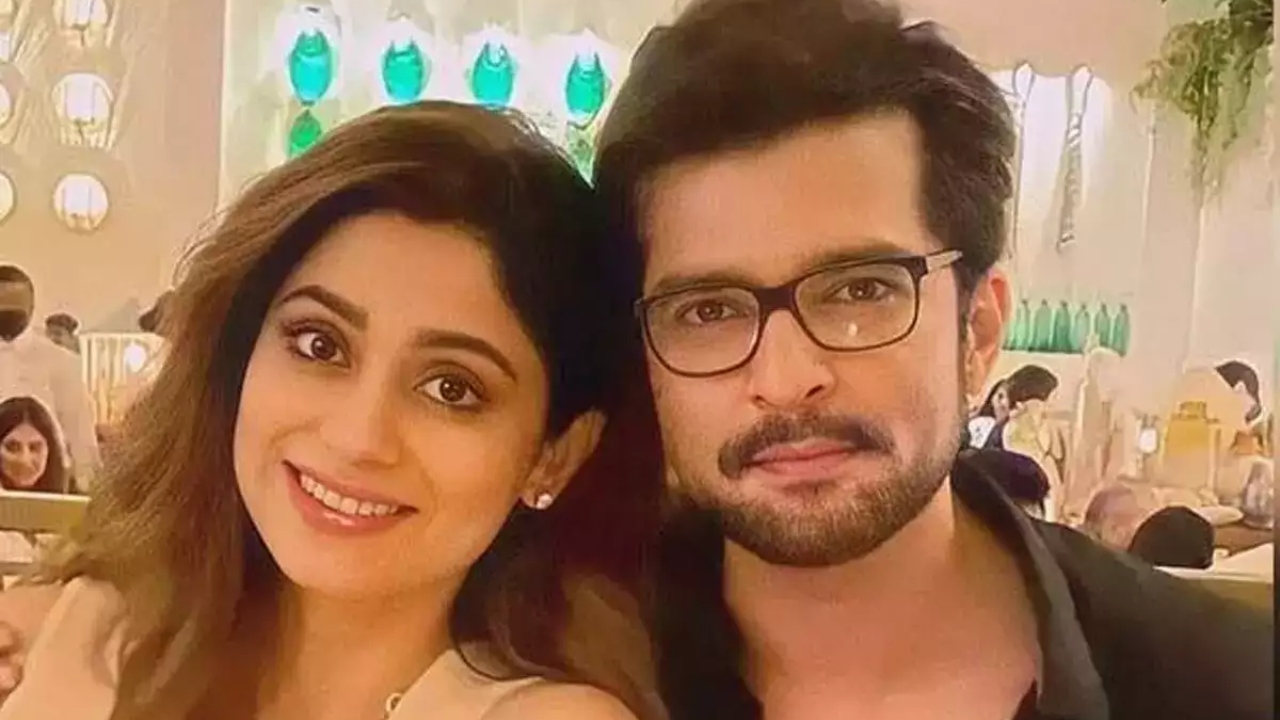 After spending around 121 days inside the Bigg Boss 15 house, Karan Kundrra, Shamita Shetty, Tejasswi Prakash, Nishant Bhat and Pratik Sehajpal are close to the coveted trophy. The first part of the grand finale was held on Saturday and the family members, friends and loved ones of the finalists were present on the stage. Raqesh Bapat attended the grand finale along with Shamita's mother Sunanda Shetty and their family friend Akanksha Malhotra.

During the episode, Salman asked Raqesh if he wanted to say something to his girlfriend Shamita. Before he could speak, Akanksha plugged in, "I love you (Shamita) and can’t wait to see you with the trophy soonest." Raqesh quickly added, "Shamita, she loves you but I love you more. Your mom has become my best friend. You did such a fabulous job. You have surprised everyone. It’s outstanding. Hats off to you! I was missing you a lot. I just couldn’t be with you, feel you, touch you, hug you."

Salman further teased Raqesh. He said, "One should not talk about such things in front of mom. Your kidney stone was just removed." For the unversed, Raqesh had participated in Bigg Boss 15 as a wild card contestant with Neha Bhasin. However, he had to make an emergency exit due to a health issue. When Shamita said she also loves Raqesh and is secure in her relationship, an excited Salman asked Mrs Shetty if she approves ShaRa's relationship. She said, "Anything that makes her happy, makes us happy."

Shamita and Raqesh fell in love on Bigg Boss OTT.