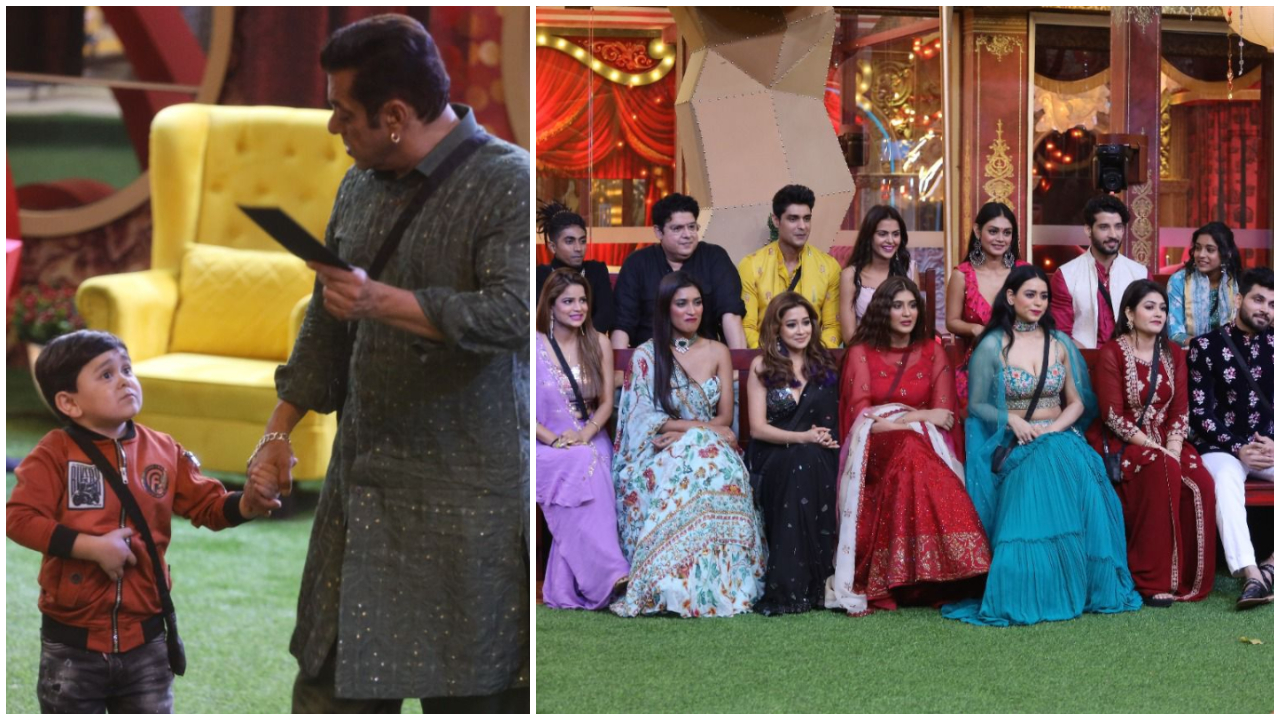 Time flies in the country’s biggest circus! It has already been a week for the housemates of COLORS’ Bigg Boss 16. Rising to the occasion, the Dabangg host Salman Khan presides over ‘Shukravaar Ka Vaar’ inside the house for the first time. The megastar arrives in the house with the beats of dhol, bearing surprises, good news, and his assessment of the week. Salman’s ‘Vaar’ begins with some ‘pyaar’ by giving a present to the cutest contestant on the show, Abdu Rozik. The Tajikistani singer opens it to find out that it has the one thing he has wanted all week- his 2 kg dumbbells.

Reeling from this happiness, Salman hosts a special party for ten contestants of the house. It will be interesting to see who made it to this bash in the episode. Before the dinner begins, the host serves the truth in his quintessential style and advises the contestants to be themselves. He observes that Gautam is one such contestant who is not himself on the show. Salman also seeks MC Stan’s opinion on who's fake in the house. What will be worth watching is how the host’s recommendation alters the dynamics of everyone’s individual game in the weeks to come.  While the ‘Vaar’ is carried out in all its glory, Salman declares a dance-off between Haryana Ki Shakira, Gori Nagori and popular actor Sumbul Touqeer. The former dances to Gori Naache and the latter to Param Sundari. Catch the episode to know who won this impromptu dance contest.

There’s never a dull day on the drama front in the ‘Bigg Boss’ house. Apart from the dance and dhamaal, the ‘Vaar’ captures a huge fight between TV actor Sreejita De and former Miss India Manya Singh. Both are seen hurling insults at each other, but what remains to be seen is how the heated brawl erupted.

Watch the game change like never before in Bigg Boss 16 Special Partner Ching’s Schezwan Chutney, Make-up Partner MyGlamm, Taste Partner Priya Gold Hunk every Monday to Friday at 10.00 PM and every Saturday - Sunday at 9.30 PM only on COLORS.