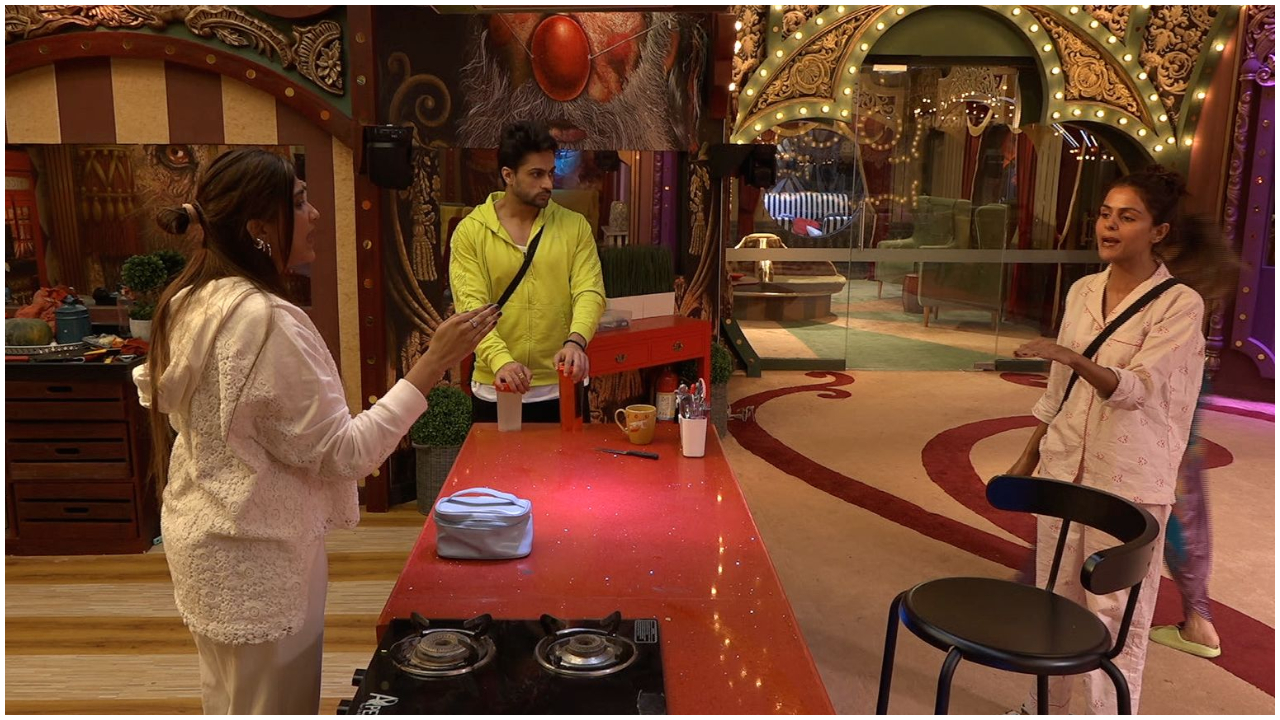 Drama skyrockets to a new high with a fight over food in COLORS' Bigg Boss 16. In tonight's episode, a mudda is made from a mole as contestants Tina Datta and Priyanka Chahar Choudhary discuss the unequal quantity of food being served to housemates. Priyanka alleges that fewer portions are served to her and other housemates such as Shiv Thakare and Nimrit Kaur Ahluwalia are served larger portions. This irks the Choti Sardarrni actor, who lashes out at Priyanka for being petty and reasons that she eats lesser than her.

Priyanka returns the blow by posing pointed questions on why she's intervening in her conversation with Tina and claims that it's for footage. That's when Nimrit's anger peaks and as she marches towards Priyanka, luckily Shalin Bhanot restrains Nimrit just in time to keep the fight from worsening. Fixing Shalin in a fierce stare, Nimrit threatens that she will slap Priyanka and hurls expletives at her. Fans know that Priyanka and Nimrit have been at loggerheads with each other since their first day in the house and as their rivalry deepens, it will be interesting to watch who out of the two lasts longer in this game-changing season.

This food feud results in another tiff between the Udariyaan couple Ankit Gupta and Priyanka Chahar Choudhary. It all starts with Priyanka being upset about Ankit Gupta not standing up for her against Nimrit. Priyanka points out that her close friend Ankit watched her being blown to smithereens by Nimrit during the fight over the quantity of food and didn't side with her. Inadvertently adding insult to her injury, Ankit feeds Nimrit a piece of chocolate while his birthday was being celebrated. This doesn't go well with Priyanka, who maintains that she has always stood by him while he hasn't. Find out what the most silent member of the house (Ankit) has to say in his defence in tonight's episode.

Amid the drama, a series of fun moments offer comic relief in tonight’s episode all thanks to the super cute captain of the house Abdu Rozik. He turns quite the matchmaker for Tina Datta, since the two share an adorable bond. While the two of them and Shalin Bhanot are joking around, the Tajikistani singer gives a proposition that Tina should date his brother, who’s just as nice as him. An interested Tina asks for his name and Abdu teases her as he quips, ‘Shalin Rozik’.  In another moment that’s poised to leave viewers in splits, the captain of the house and his friend Shiv Thakare ape lovebirds Gautam Singh Vig and Soundarya Sharma as they indulge in PDA. That’s not all! Abdu makes a quirky request to ‘Bigg Boss’ for juices for all the housemates and poison for Archana Gautam, who’s a notorious loudmouth. Will the master of the house fulfil his wish?