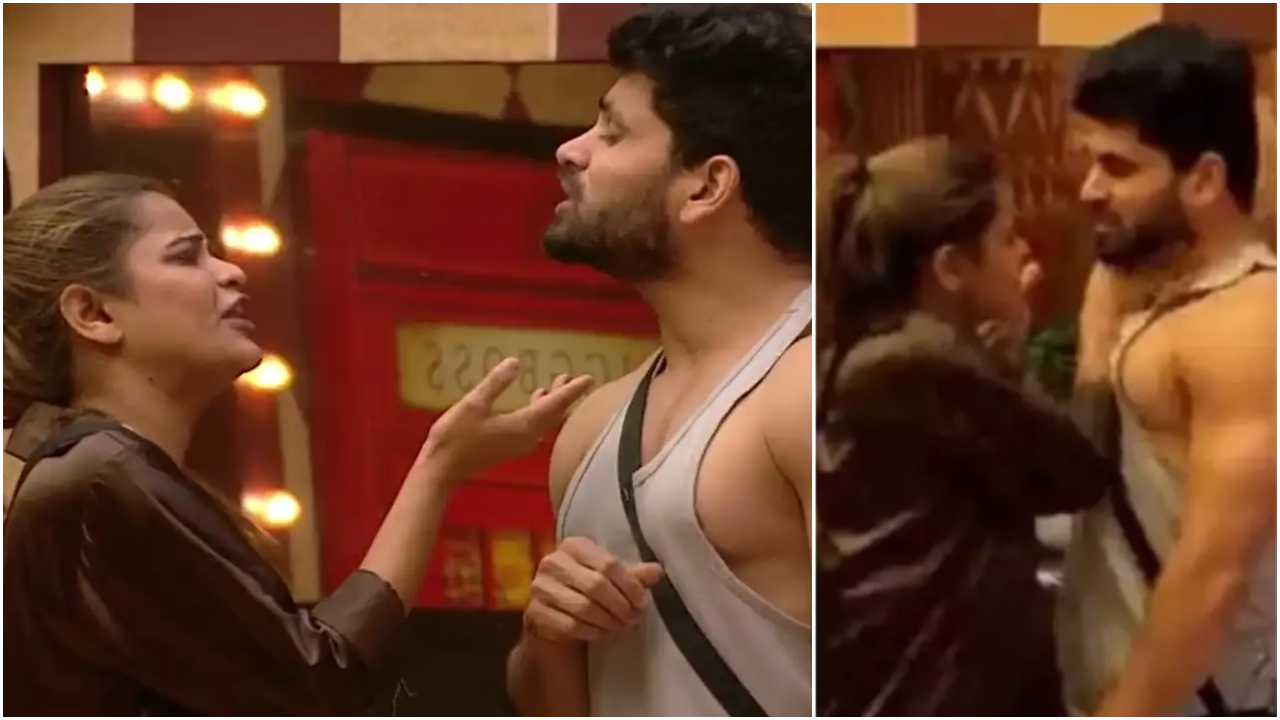 Bigg Boss 16 saw one of the biggest fights of the season between Shiv Thakare and Archana Gautam, especially because the latter got physically violent in the feud. This did not bode well for Archana who was evicted after the episode over her aggression.  After the task, Archana started to hide household things like tissue paper boxes and sugar which came for the housemates. When Tina Datta, Shalin Bhanot and others objected to this, Archana used some derogatory and vulgar comments for the girls.

Shiv instigated Archana to lose her cool as he teased her about her political party and elections. He also mocked the leader of the political party she represents which irked her and she held him by his neck and scratched him with her nails. As their fight became ugly, Nimrit Kaul Ahluwalia intervened and demanded how Archana hit him. Almost all the housemates came in support of Shiv while Archana kept threatening him. When Shiv challenged her yet again to hit him, she threatened him and said, “Gaad dungi tujhe yahan.” Priyanka Chahar Choudhary and Ankit Gupta intervened and got Archana out of the fight. However, MC Stan, Nimrit, Shalin, Tina and Sumbul urged Bigg Boss to take strict action against Archana.

RECOMMENDED READ: Bigg Boss 16: Archana Gautam evicted from the show after she gets into a physical fight with Shiv Thakare?

Bigg Boss finally took matters in his own hands and summoned inside the room and initially accused him of provoking Archana by referring to her political party but later on asked him to decide her fate. Shiv decided to get him evicted from the show. Archana was also called inside and was given a chance to appeal her case and apologize to Shiv to get him to change his decision. However, instead of apologizing, Archana kept defending and justifying herself. Bigg Boss then decides to evict her and relays his decision. Archana could not fathom this turn of events and burst into tears and asks Shiv to rethink his decision by folding her hands.

Folding her hands in front of Shiv, she said, “Please I don't want to go. It was not my intention to hurt you. Just give me one chance. I swear to my parents I won't repeat this in future. I have never begged like this in front of anyone. Mere maa-baap ke sapne matt todd (don't break my parent's dreams)." However, Shiv makes it clear that Archana’s actions were not right and admits that even though he wants to win the show he will not resort to her deed. He also said that all the housemates in the house feel that she often crosses her line, but they have always forgiven her. Archana cries her heart out in the bathroom after Bigg Boss announces her eviction. She again tries to apologize to Shiv but Bigg Boss asks her to leave the house. She leaves after hugging everyone.