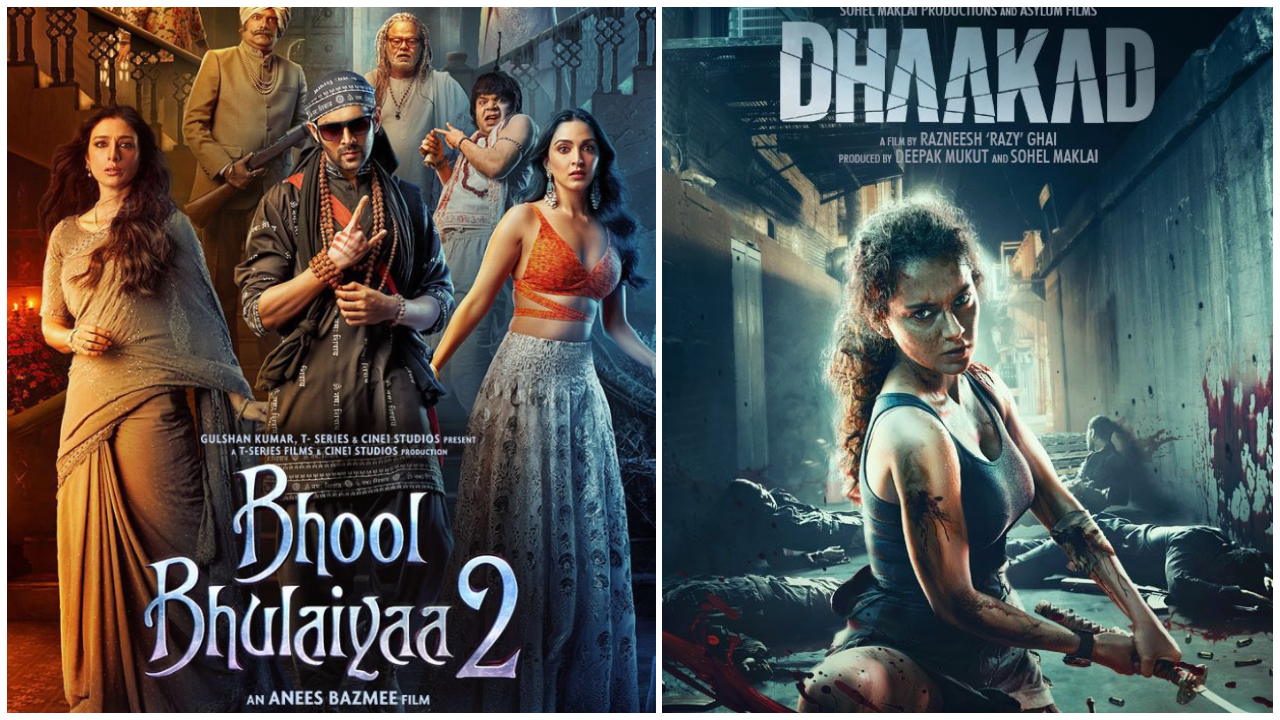 On Friday, May 20, two highly-anticipated Hindi films released on the box office- Kartik Aaryan-Kiara Advani’s Bhool Bhulaiyaa 2 and Kangana Ranaut- Arjun Rampal’s Dhaakad. Both the films have a different target audience and fall under different genres. However, Bhool Bhulaiyaa 2 has outdone Dhaakad on Day 1 of its release at the box office by earning Rs 14.11 crores against the latter’s Rs 50 lakhs nett.

Kartik’s Bhool Bhulaiyaa 2 has become his biggest opener till date. The horror-comedy has garnered rave reviews from the critics as well as audiences alike and has grossed Rs 14.11 crore on Day 1 of release. The film is expected to go from strength-to-strength and rake in moolah during the weekend. The film is directed by Anees Bazmee and also stars Tabu, Sanjay Mishra and Rajpal Yadav.

On the other hand, Kangana’s Dhaakad has had a slow start and has failed to draw the audiences to the theatres. Although both Kangana’s and Arjun’s acting and slick action have been lauded but the clichéd plot and predictable storyline has failed to create an impact. The film has grossed only Rs 40-50 lakhs nett and has a long way to go to even clock Rs 1 crore.

Despite being an action entertainer the film is struggling to find audiences. Dhaakad is directed by Razneesh Ghai and also stars Divya Dutta, Saswata Chatterjee.