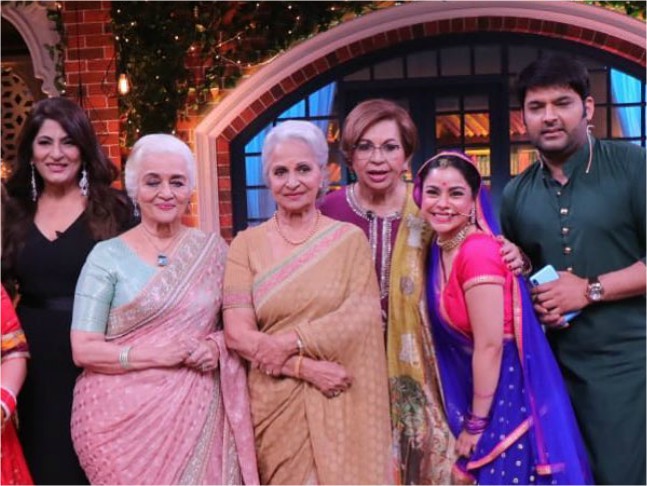 The Kapil Sharma Show is all set to welcome yesteryear beauties Waheeda Rehman, Asha Parekh and Helen in its upcoming episode. The team has recently shot this episode which will be a special tribute to these veteran actors.

In the picture shared by comedian Krushna Abhishek, the three graceful actresses pose with the cast of the show. He captioned the picture, "With the legends next week #there is so much of learning from them even now. Had a blast with all, specially the tribute given to them,".

In another picture, Krushna expressed gratitude for getting the opportunity to give a tribute to the legendary actors who were icons of their time.

So far, The Kapil Sharma Show has been entertaining us with its diverse mix of guests from the champions of 1983 World Cup to Hasya Kavi special. Bollywood personalities including Sonam Kapoor, Ranveer Singh, Akshay Kumar, Parineeti Chopra and many have also appeared as guests on the show.