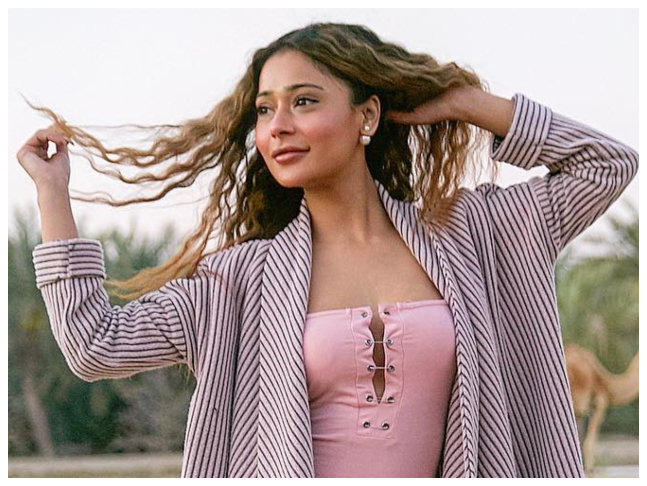 TV actress Sara Khan, who rose to fame with her role in the serial Sapna Babul Ka…Bidaai is all set to return to the small screen with Yeh Ishq Nahee Aasan. Produced by Vikas Gupta, Sara will be seen hosting the show which will feature love stories. Recently, the actress opened up about her definition of love, rumours of dating Ankit Gera, marriage plans, motherhood and a lot more. While speaking of motherhood in particular, Sara said that she might consider adopting a child as well.

"I don’t know if marriage is on the cards, but I definitely want to experience motherhood. It’s very important to have a child, as I feel that it completes the journey of a woman. In our society, it’s an unwritten law that you can’t have a child out of wedlock. I am not in agreement with that, but I am expected to follow it as I am a part of this society. I would like to have a child, depending on my work and financial security. I will take that step as soon as I am ready for it. I might also consider adoption," Sara told a leading daily.

During her interview, Sara also spoke about link-up rumours with Ankit Gera, adding, "Ankit and I are working together on several projects and so, we will be seen together. But that doesn’t mean that I am dating him. Link-ups happen every time I post a picture with a guy on my social media account."