Advertisement
HomeTELEVISION NEWSTELLY BUZZWatch: Shivangi Joshi performing to ‘Ghar More Pardesiya' from Kalank will surely make you fall in love with her!

Watch: Shivangi Joshi performing to ‘Ghar More Pardesiya' from Kalank will surely make you fall in love with her! 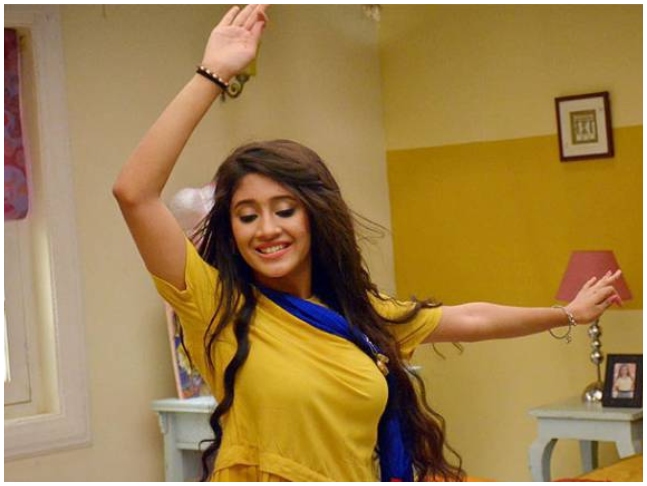 Madhuri Dixit and Alia Bhatt’s song Ghar More Pardesiya from Kalank has impressed everyone. Television actress Shivangi Joshi aka Naira, who appears in Yeh Rishta Kya Kehlata Hai, performed to the song and looked quite graceful!

The TV star shared a glimpse of this performance on her Instagram account. The video shows her dancing to the beats of the song.

Recommended Read: Divyanka Tripathi opens up about Yeh Hai Mohabbatein going off air; says she has no clue where these rumours come from

For the uninitiated, Shivangi is a well-trained Kathak Dancer and used to travel in various cities for her shows before trying her luck in acting. She never thought of acting until she was spotted by a chief guest where she performed during a dance show. The guest suggested her family that Shivangi should start acting. Shivangi continued giving auditions and was selected for a television commercial.

Shivangi shifted to Mumbai for acting and she first started her career with a role of Poonam in the serial titled Begusarai. In May 2016, Shivangi was cast as Naira Singhania in YRKKH. Her onscreen chemistry with co-star Mohsin Khan has a huge fan following and they are named Kaira by their fans.