‘Ram Kapoor wants to lose more weight and become almost half the size that he is now’, says wife Gautami Kapoor

Popular TV actor Ram Kapoor has become the toast of the town as he has lost oodles of weight. The actor earlier weighed 130 kg and has come down under 100 kg after going on a strict diet and gym regime. Now, he is aiming to become half the size he is now over the period of the next six months. The actor’s wife  Gautami Kapoor (nee Gadgil) shared that the weight loss journey of Ram was not at all easy as he is a big foodie.

In a recent interview given to a leading daily, Gautami spoke about Ram’s weight loss journey and said, “He is a foodie so for him to lose weight and control his diet, is a big thing. He has taken a long time to lose all the weight. He has not undergone any surgery as people feel and has opted for the natural way. Ram still feels that he has just come halfway through and will take another 6 months to achieve his goals and reduce more weight and become almost half the size that he is now. Ram says that fitness is an addiction and now that he has reached up to this level, he wants to achieve it all. Now that Ram has not taken any work commitments, it’s good that he can focus on his work out.” 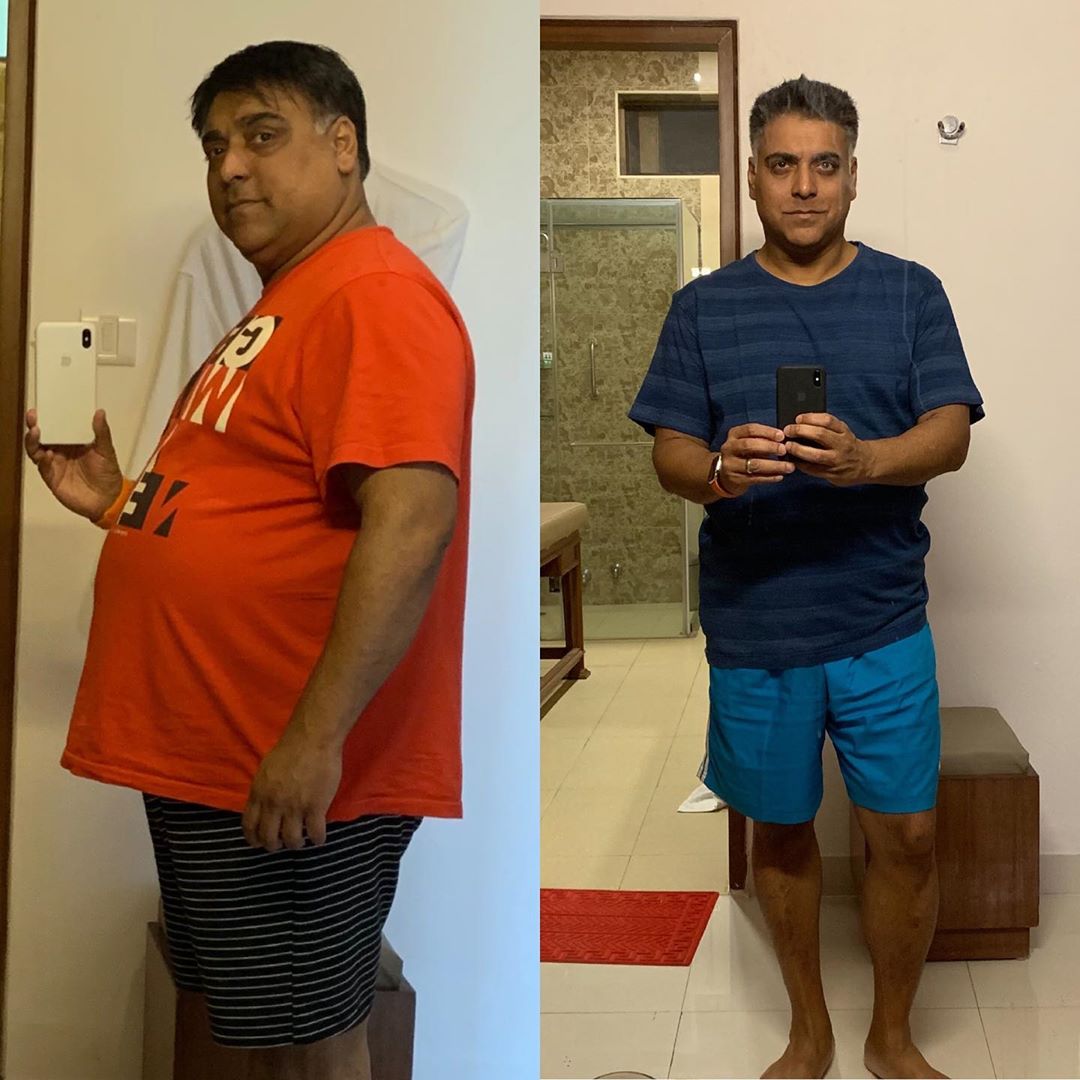 RECOMMENDED READ: Vikas Gupta takes a sly dig at Hina Khan after her fan claimed that she unfollowed him on social media

She further added that their children are overjoyed after his tremendous weight loss even though a lot of fans liked him fat. She said, “My younger son recently went up to Ram and hugged him. He was overjoyed when he could hug his father all around unlike before. That statement touched both Ram and me and we realized that unknowingly and unintentionally they are these small things that matter to the family. For Ram, the fact his children could hold him around now was a big thing. He got very emotional. Now I don't think after this emotional thing, Ram would put on weight anymore.”

Ram has taken a sabbatical from work to achieve this weight loss. In an interview with a tabloid, he said, “I decided that if I wanted to do achieve my weight goals, I will have to take time off from work. It would need to be a substantial length of time - six months to a year. It is a hard decision to stop work completely for such a long period. I have been an unhealthy man for the last 10 years of my career. I am grateful that my fans accepted me the way I was, and that I had a career. At some point, I had to decide to get healthier. Once I made that decision, my health became the priority and my career took a backseat.”