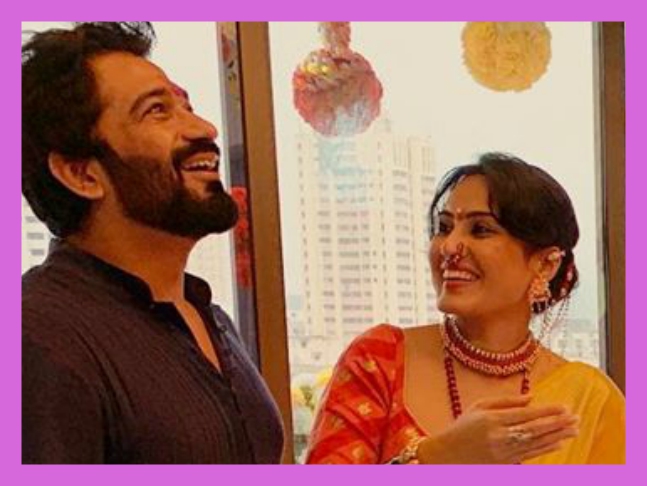 Popular small screen actress Kamya Panjabi is all set to get married with Delhi-based Shalabh Dang next year. Recently, in an interview to a leading daily revealed that she is feeling extremely grateful that she found someone as amazing as Shalabh who has effortlessly restored her faith in marriage again.

"I contacted Shalabh in February after a friend told me to consult him about some health woes that I was facing. We got chatting and in a month-and-a-half, he proposed marriage. Tying the knot again was a huge deal for me and hence, I took my time to think about it. Following a failed marriage and a few heartbreaks, I had almost turned averse to the idea of tying the knot and falling in love. In fact, there came a point when main Shaadi Ke Khilaaf Ho Gayi Thi. But Shalabh has made me believe in love and the institution of marriage again. I am like a 16-year-old girl now, madly in love with him," Kamya Punjabi said in a statement.

Talking about his bonding with her 9-year-old daughter Aara, Kamya revealed that even Shalabh has a 10-year old son Ishan. The actress said, "I reach out to Shalabh when Aara gets stubborn because she listens to him. It’s such a relief to see them bond so well. I am also extremely fond of Ishan and we get along like a house on fire."

For the uninitiated, Kamya was married to Bunty Negi for about 3 years before getting divorced in 2013. She has been parenting as a single mother, ever since they called their marriage quits.

On the work front, Kamya is currently playing the role of Preeto Singh in serial Shakti – Astitva Ke Ehsaas Ki.